March 1918: A newly qualified 18-year-old Lieutenant Raleigh has joined the company of his childhood friend and cricketing hero, Captain Stanhope. But three years on the front line have driven Stanhope to routinely drink himself into oblivion to cope with the harrowing effects of war, a cause for concern amongst his fellow officers and a far cry from the boy Raleigh once knew. Set in the four anxious days leading up to an attack on German trenches, this powerful, compelling and moving drama has been chosen to mark the centenary of the outbreak of the First World War.

"The greatest of all war plays"  Daily Express 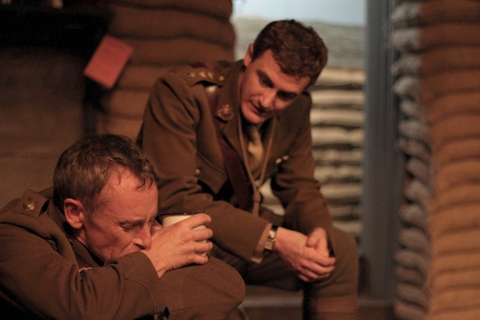 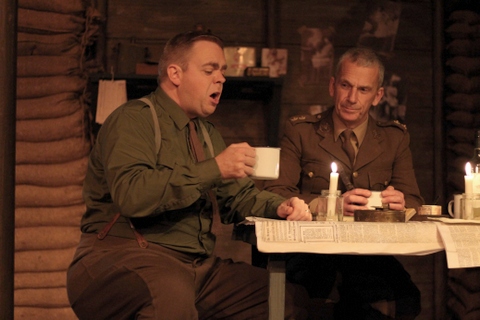 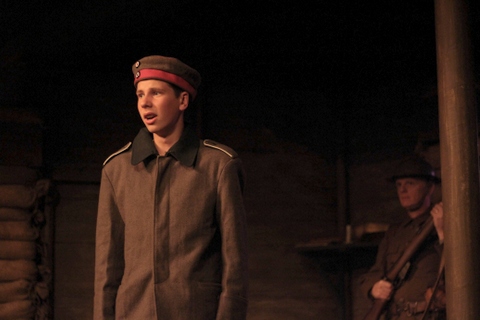 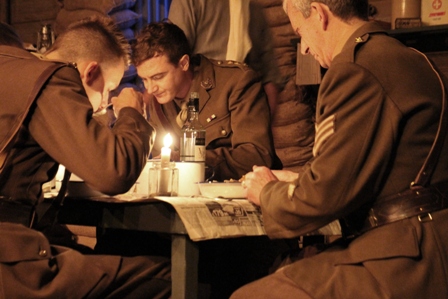 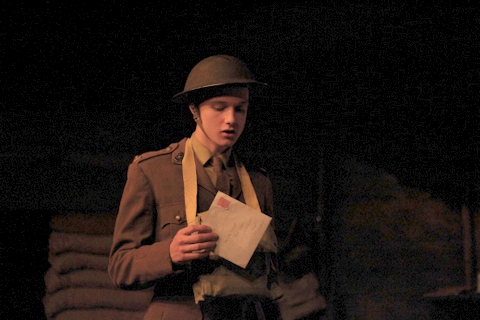 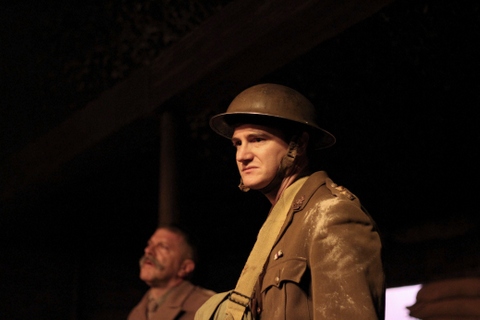 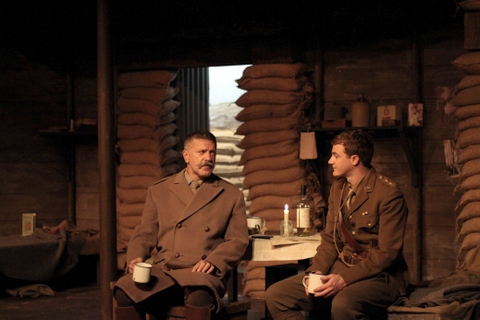 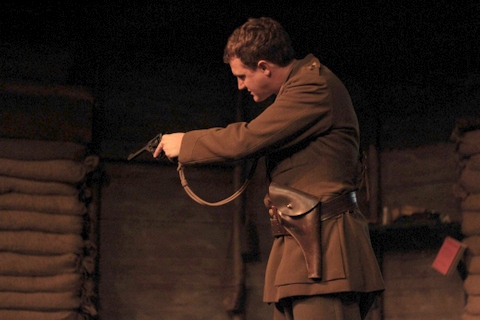 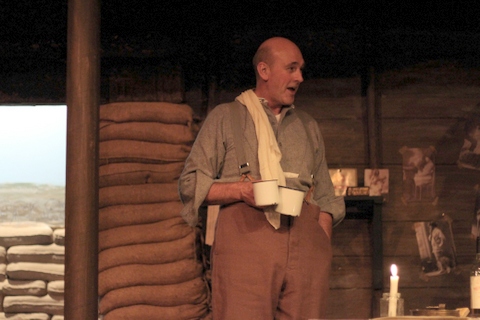 Opening their 2014-2015 season with a play set in a dugout during the First World War joined the many tributes being enacted during this centenary year.

In a set so atmospherically designed by Tony Dent a cast of ten British soldiers of varying rank, with the later addition of a captured German soldier, fill their time and their emotions whilst awaiting orders for action. In this instance the action was the German military Operation Michael which, unbeknown to the C Company of the play, marked the beginning of the end of the war.

Playwright R C Sherriff, who served in the war, created characters from the gamut of army life and this talented cast brought them to life, bringing realism to the ennui of repetitive duties, the excitement when a tin of pineapple chunks could cause dietary delight and gambling on earwig races to pass the time. Simmering underneath the whole play is the much lauded camaraderie of those in the trenches and fear in many forms.

Captain Stanhope who relies heavily on whiskey, heads the hierarchy of this dugout with Andy Kempton as the skipper much loved by his men, forceful in command yet empathetic with the funk of 2nd Lieutenant Hibbert played so expressively by Michael Cooke. Stanhope depends for support on his second in command Lieutenant Osborne to whom Jeremy Taylor truly gave the aura of the 'Uncle' by which the men knew him. Off on a short leave, Alex Hunter as Captain Hardy leaves the dugout being replaced by the young school leaver 2nd Lieutenant Raleigh. Jamie Patterson created a Raleigh still very wet behind the ears who feels lucky to join C Company under Stanhope, with whom he was not only at school but who is romantically involved with his sister. He is soon disabused of the belief that Stanhope will be the friend he had been at home.

Two jokers lighten this sombre play - Steve Jordan as the entrepreneurial caterer Private Mason, ever ready with sophisticated name for lowly cuisine and Wayne Trice as the jovial 2nd Lieutenant Trotter whose ebullience and lively spirit brings smiles to the dugout.

Adam Cobby used clipped speech and military precision as the no-nonsense Colonel and Tony Dent made his second mark for the production as the capable Company Sergeant Major. Adding small cameos were Stefan Harper as the captured German soldier and Phill Brewer as Lance Corporal Broughton.

Ian Grayson operated the vital and intrusive sounds of war and Berry Butler is to be commended in dressing the whole cast so authentically. Directed by Sheila Carr this thought-provoking and emotionally-charged play ended to a stunned moment of silence before the applause.
After both the harrowing emotions and actions, an enthusiastic curtain call greeted the return of the whole cast, also recognising that honour be given to the truly fallen who did not come back from the war.