by Marc Camoletti (Translated by Beverley Cross and Francis Evans)

This is French farce par excellence, at one point holding the record for the most performed French play. It ran for seven years in the West End in the1960s and enjoyed a highly successful revival in 2007-08 in London and on Broadway. The plot centres around playboy Bernard's crisis when the three air hostesses he is running as simultaneous fiancées all descend on his Paris apartment at the same time, just when Robert, his old friend from the provinces, is also visiting. Hilarious chaos ensues as the two men strive with increasing desperation to keep the three girls from meeting. 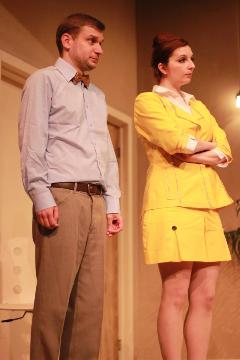 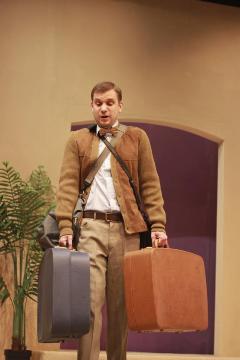 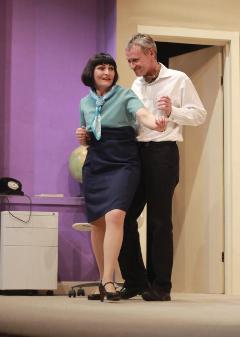 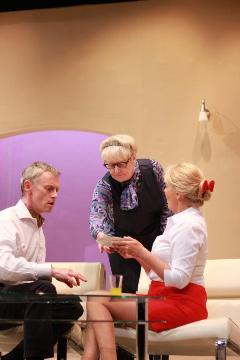 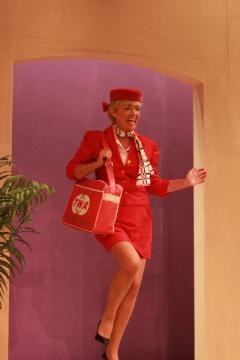 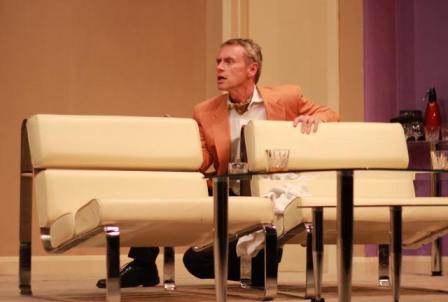 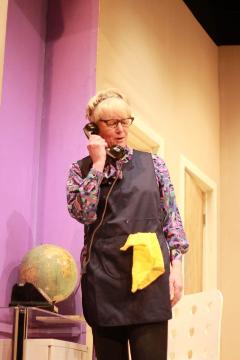 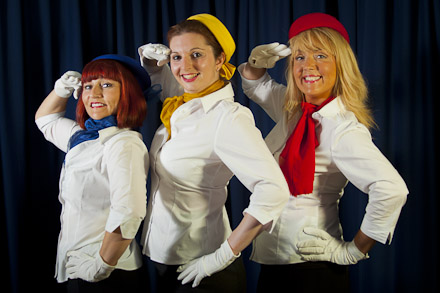 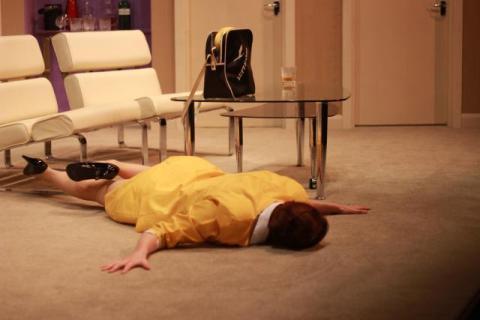 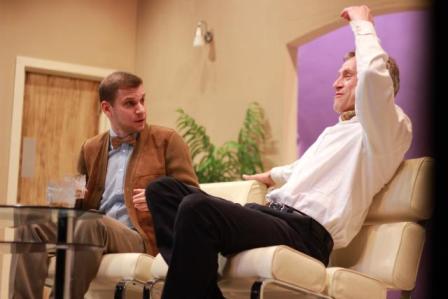 Michael Cooke turns admirably from the unflappable into the shaking flappable as storms turn back planes and timetables change, meaning each of his three fiancées return, unscheduled, to the Paris flat. Superb timing gave hardly a split second before one of the doors closed behind one girl and another entered by a different door. The set's seven doors were in constant use. Add to Bernard's suave persona the visit of his less worldly friend Robert, played so calmly as the innocent by Robin Clark, and the shinanigans began. Both Michael and Robin achieved a realistic conversational style between the two of them, making their friendship seem comfortable.

All three air hostesses fly with airlines from their own country, demanding polished accents. Thus Lucy Hanson as the American Gloria, Samantha Elgar as the Italian Gabriella and Gail Bishop as the much enjoyed OTT German Gretchen had all worked hard to achieve not only the right accents but the characterisations generally associated with their nationality. Add to this mix a very English-speaking housekeeper, played deadpan by Jenny
Bardwell, and the comedy kept on coming.

The plain, elegant set befitted upmarket Paris, complete with some impressive modern art on the walls. Colour and design of the hostesses costumes were appropriately smart, although a little too short in the skirt but Robert Ryland and Jane Bishop doing props had sourced impressively good airline bags.

Peter Damesick directed this fast flowing farce with a knowledgeable eye to pace and movement and, with considerable work from everyone in the cast, the whole production provided a high flying comedy so very much enjoyed by the audience.