This is Rattigan's "forgotten" play and it is one with a strange history. Written in 1939, it opened in the West End that year but closed when the Second World War intervened. Its last performance was at the Croydon repertory theatre in 1940 until it was revived as a BBC production in 1994. It concerns a high-living, hard-drinking writer, his wife and their friends, whose lives are lived on a cocktail-hour circuit of gossip and champagne. In the background, acknowledged but never discussed, is the shadow of war. But it is their own small world that tragedy strikes and forces them to re-evaluate their lives and ambitions. 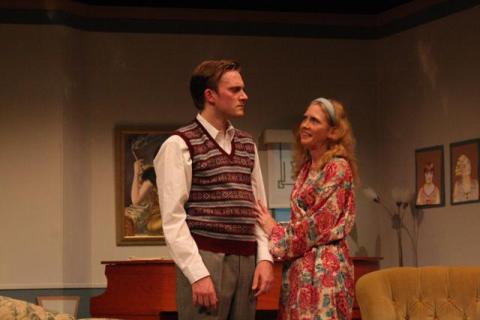 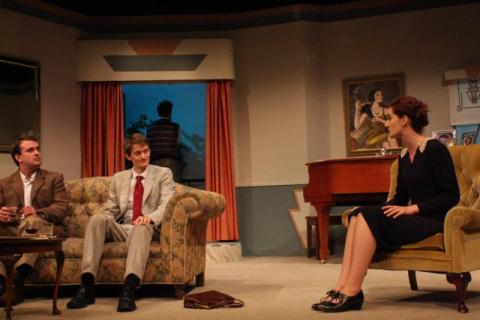 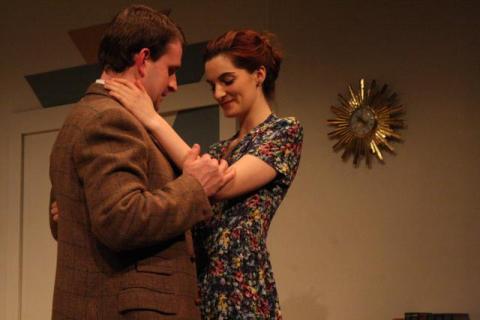 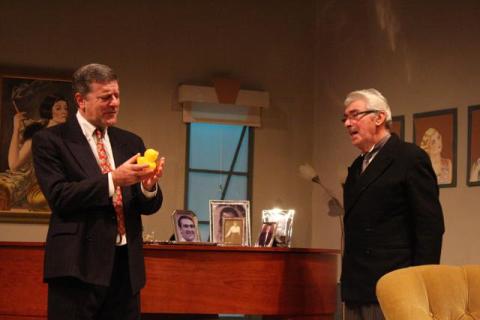 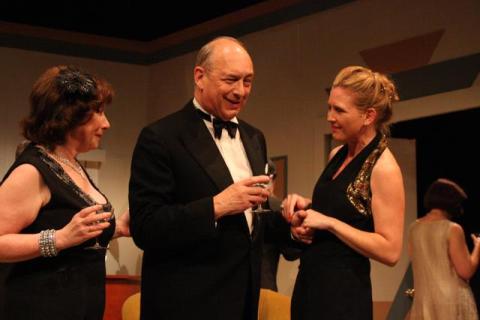 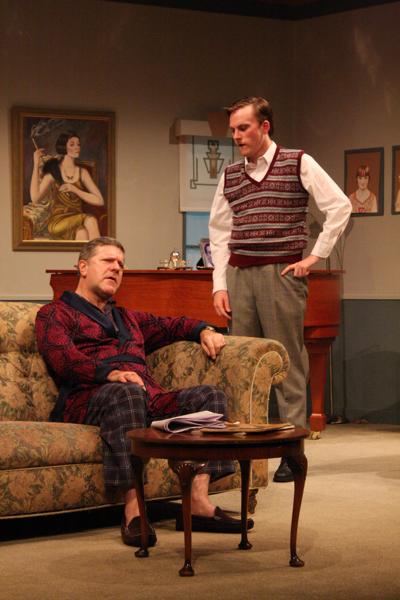 This enigmatic play required and received the cast’s stylised delivery pertinent to the era of frivolity between the world wars.

A very charming art deco set showed the drawing room of David Scott-Fowler and his wife Joan, sharing it with their louche long term house guest John and David’s resident nephew Peter, carrying out secretarial duties. James Highsted’s David was suitably unaware of the realities of feelings around him, partly due to his constant, life-threatening drinking and partly to his immersion in an abortive attempt to write a book. Julie Silverman fashioned a mercurial Joan - becoming the wife she believed David wanted - without love interfering. Her final moments on stage were beautifully crafted. To Adam Cobby fell the making of the lazy, self centred John, who turned out to be more perspicacious than expected.

Nephew Peter is deeply in love with Helen and from the start both actors relayed a troubled relationship -Dominic Damesick earnest and forthright as Peter and Daisy Marsh as Helen, so elegantly and beautifully dressed by wardrobe mistress Berry Butler, scheming and aloof - setting her cap quite shamelessly at David. The butler Williams, in the capable hands of Peter Whittle, buttled about deferentially, announcing a stream of visitors and party guests. Julia, gushing and full of gossip, visited often with Janet Edden taking centre stage in the role at every appearance.

Small character parts were in very good hands with Samantha Elgar as the much talked of socialite Moya;  Tim Warren as Helen’s doctor brother George, a character essential to the tale; Tony Richardson as Arthur, an ex beau of Joan’s;  Cordelia Smith as the cosy, knitting Miss Potter, engaged to continue dictation on ‘the book once Peter had fled: and Dominick Zwolinski as the earnest Lawrence.

The nervous jangle of jollity created by the whole cast as the clouds of war loomed was the work of director Suzi Whittle, who sent her audiences away to ponder the superficiality of the lives the play revealed.