This cracking adaptation of a French farce from 1875 sees two hapless lawyers intent on spending as much time as possible with their mistresses. In order to do this they have to fabricate cases, avoid domineering mothers-in-law and deal with the yappy lap dog from hell. Add to the mix a lecherous narcoleptic uncle, an embittered maid, a jewel thief and a bone headed Police Commissioner and you have all the ingredients for mayhem as the play reaches its riotous conclusion. A delightful evenings' entertainment is guaranteed.

" . . a happy marriage between ignominious indignity and sheer dramatic elegance." The Times 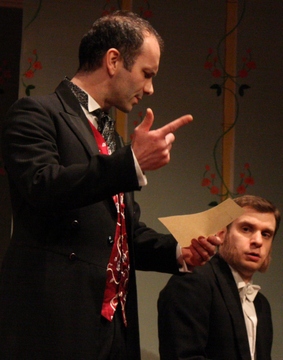 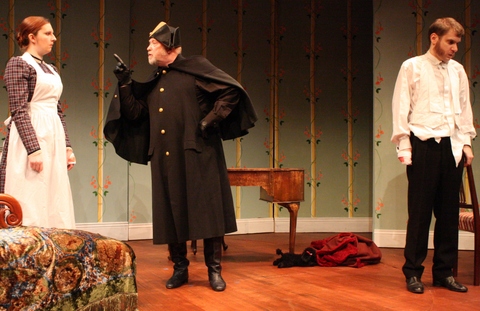 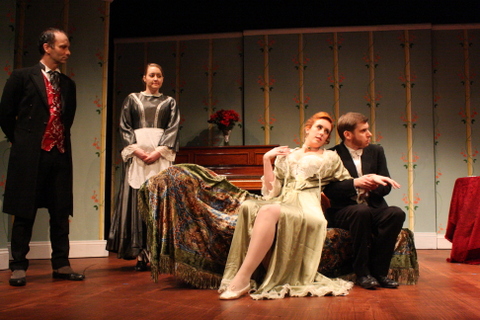 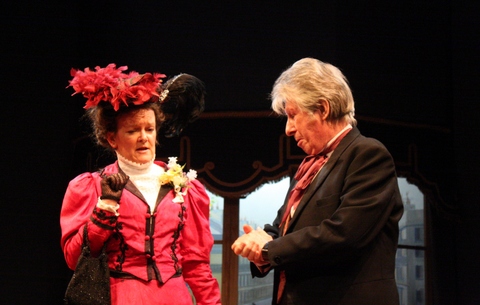 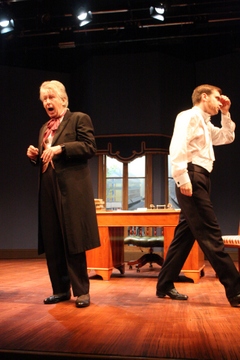 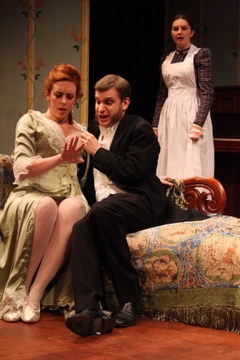 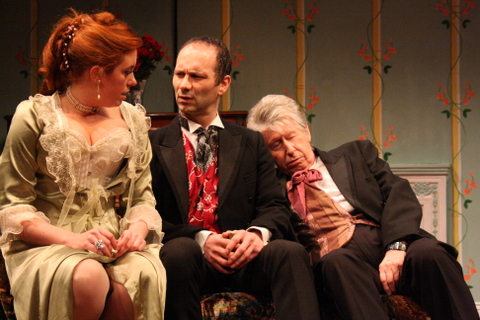 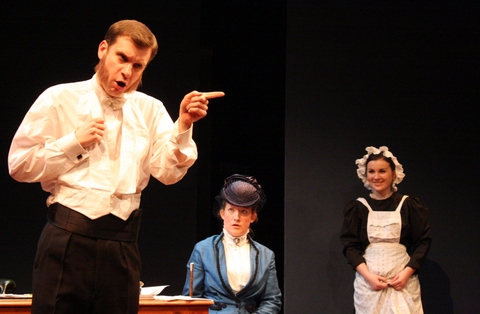 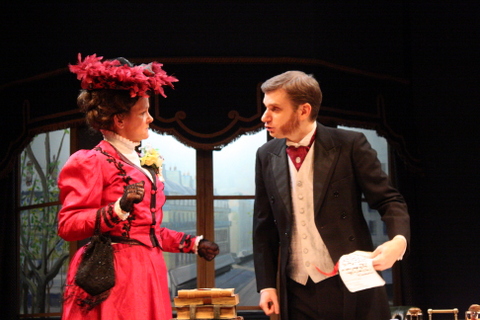 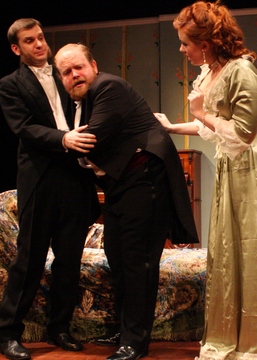 The origins of this farce lay way back in 1875 when it was a precursor to the more hectic Feydeau comedies. Adapted by Reggie Oliver, he updated it and injected pace, with the cast seizing every opportunity for laughs, both for them and certainly for their audiences.
In a nutshell, two married lawyers plan to visit their paramours, each covering the other's visit with a written invitation to discuss business over dinner, add in a harridan of a mother-in-law, one wily and one simple member of staff and an uncle who sleeps on sitting yet, when awake, has his hands everywhere, and the many opportunities for the farce are set. Add in a voluble unfriendly poodle and more havoc can ensue. Robin Clark and Michael Hall as Fauvinard and Tardivaut, the two lawyers, evinced gentility and family values, all forgotten on their visits to 11, Rue St Lazare, where their respective mistresses had rooms. Fauvinard may well have been driven to his cheating by Madame Laguisier, his mother-in -law - a controlling harridan and ever suspicious in the hands of Linda Harris. Mme's poor daughter, Angele never stood a chance with Fauvinard, but I felt Micha Patman made her just a little too weak and compliant. A sub plot involves Mme and Monsieur De Bagnolles with Frances Hawkins and Peter French as the couple seeking legal advice from Fauvinard, with De Bagnolles antics also revealed at 11 Rue St Lazare where there is the attraction of Cesarine - Lucy Baker admirably combining the coquette with a hard-headed business women. She, however is dotty about Niniche - the yappy poodle with no time for strangers, whose bark and vocal demise Pamela Cuthill acted realistically from the wings. Passing through the tale was Gatinet, Fauvinard's Uncle whom Reg Anderson captured with his roving eye, when those eyes were not closed in instant sleep.
Servants added to the tale with Lizzie Melbourne as the cheeky maid Fanchette, Gail Bishop as the scheming and dismissed cook Therese and Stephanie Edwards as Sophie, the dim but willing maid to Cesarine.Waiting to appearing late in Act Two, Brian Miller still made his mark as the Commissioner of Police, adding even more to the farcical confusion.
Tony Dent's clever set allowed for two different venues, Jenny Kingman's backdrop and Poodle Portrait excelled and the set painting team created colour. Costumes from Berry Butler and Marjorie McLachlan evinced that staid era in France and the fun and frolics were expertly pulled together by director Mike Millsted.