The Clearing is set in Ireland three years after the end of the English Civil War when Cromwell's men are systematically transporting women and children to the colonies and driving both Royalists and Irish families from their homes to the barren wastelands of Connaught – a seventeenth century version of ethnic cleansing.  Against a background of brutality, suffering and deprivation, this powerful drama explores the themes of alienation and the conflict of culture whilst highlighting the essential truth that racial hatred springs from fear. The central characters are an English aristocrat and his Irish-Catholic wife whose passionate and loving relationship is changed irrevocably by the moral dilemmas they must face. The characterisations are rich and memorable and the dialogue is both tense and deeply moving. 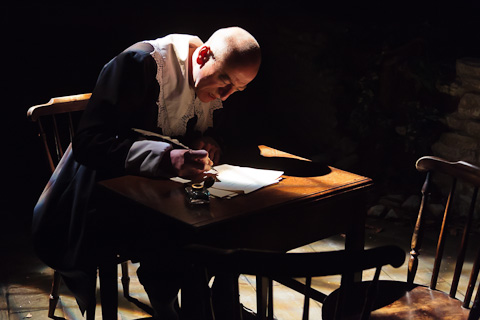 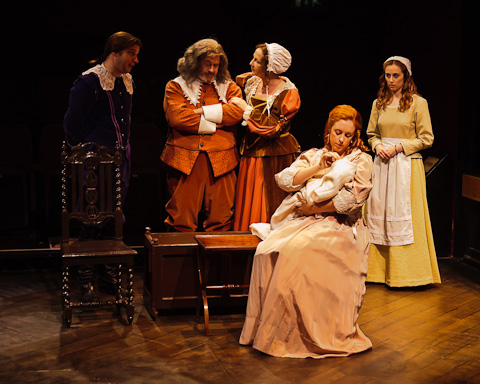 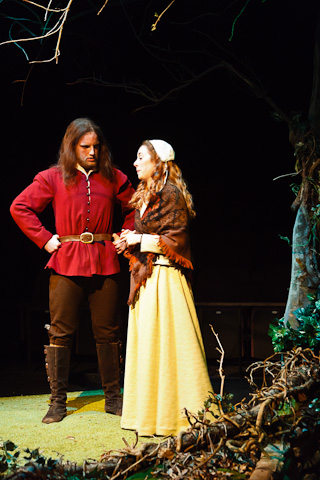 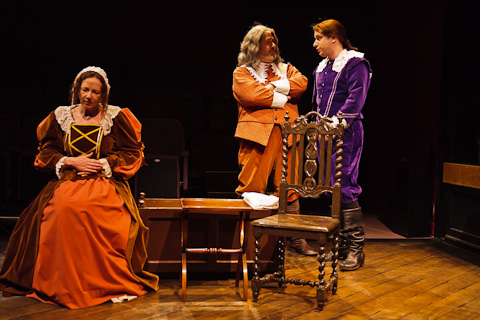 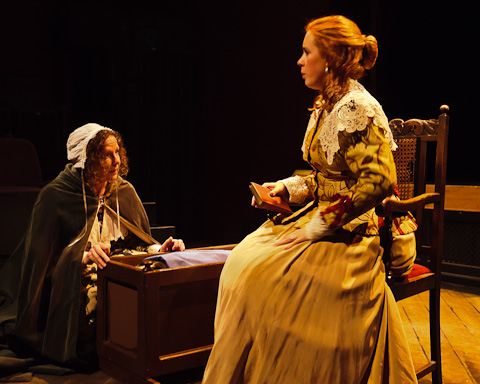 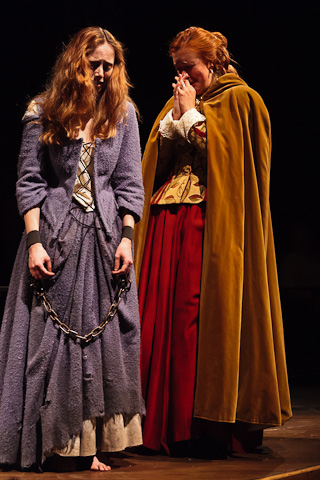 This powerfully achieved production elicits high demands on every aspect of amateur theatre, and the more so as it is based on uncomfortable historical facts.

For the cast there are Irish accents to accomplish which Pamela Cuthill as Killaine, Chris Semple as Pierce and Lucy Baker as Madeleine all achieved as to the manor born. For wardrobe mistress Elizabeth Callow there are the costumes relevant to the 1652 setting, encompassing both high and low born, judiciary, a soldier and a sailor - all to
exacting standards and many with the period's beautiful wide lace collars. For the set, with the action taking place in many rooms and outside, Jenny Kingman
devised a most realistic tree and small clearing, complete with dry stone wall  For sound, Jim Tadd covered all the many scene changes with evocative Irish music and Niall Monaghan and Maddie Swain aided the very smooth flow from one scene to the next with carefully plotted lighting.. Add to this expertise a cast able to tell the emotional tale
of the appalling treatment by Oliver Cromwell's New Model Army of both the Irish and the English penalised for supporting King Charles 1st.

Robin Clark and Lucy Baker as Robert (English) and Madeleine (Irish) Preston impressively transformed from loving and delighted new parents to betrayal of
each other.  Pamela Cuthill's Killaine Farrel was both strong and ethereal and Cris Semple as hot-blooded Pierce conveyed the requisite pent-up anger waiting to explode. Eerily heartless and pedantic with the rules, Lawrence Marsh created a most effective Sir Charles Sturman, contrasting strongly with the kindness and care of Solomon and Susaneh Winter, given solid reasoning in times of turmoil by Mark Pendry and Sally Bosman.

Effectively disguised for his three very different cameo roles, Tony Dent used his skills to become the courteous but determined Commissioner, the lowly sailor and the high-born Judge.

Bringing this painful tale alive, with scenes set both in the round and on the stage apron, director Chester Stern showed his understanding both of the serious subject and the
theatrical needs to create a resounding success.