Who's Afraid of Virginia Woolf?

Made internationally famous through the film with Elizabeth Taylor and Richard Burton, this is a remarkably gripping play which recounts an evening when George, a history professor at a New England university, and his wife Martha entertain another couple.
As the drinks flow, the guests become an embarrassed audience to George and Martha’s private agenda and the evening unravels. It ends with Martha revealing a shocking secret. In this moment, the powerful  love-hate connections which bind the unhappy George and Martha together are finally exposed to their audience – and to themselves. This is powerful drama in a beautifully constructed play. 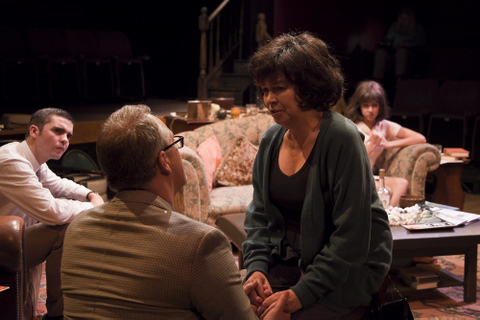 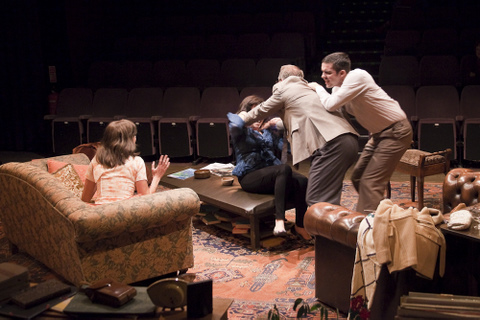 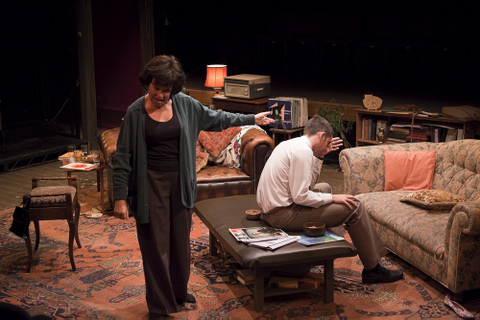 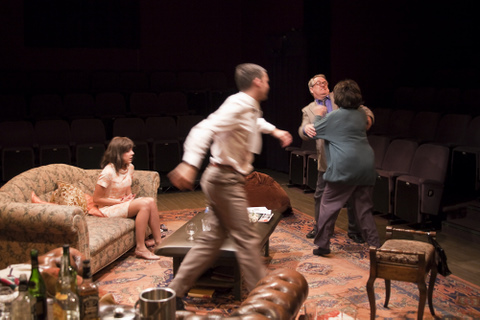 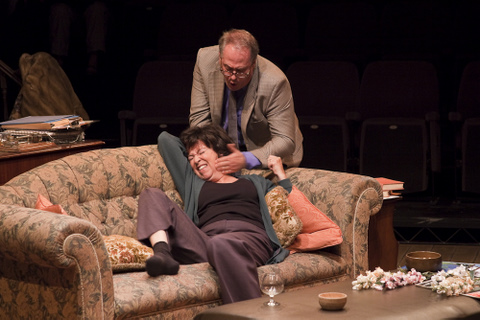 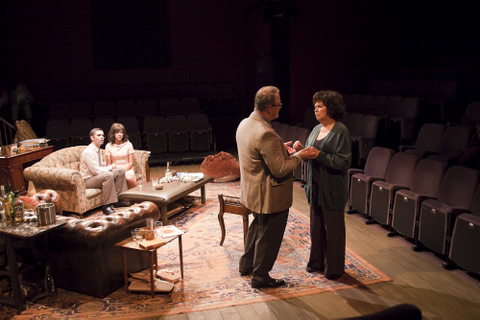 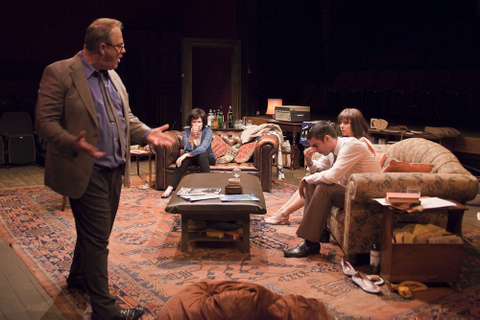 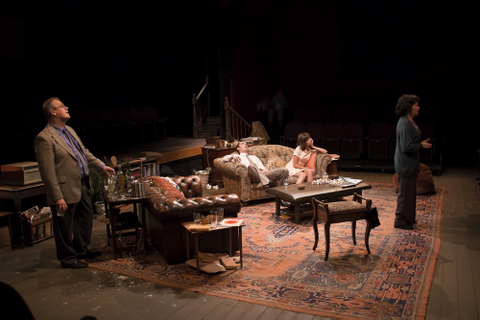 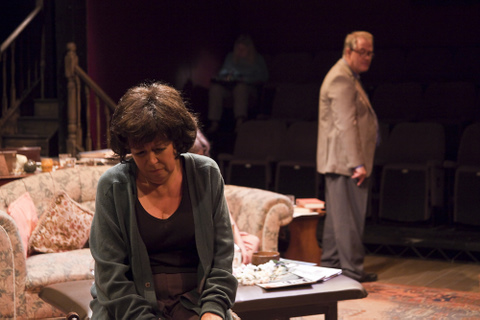 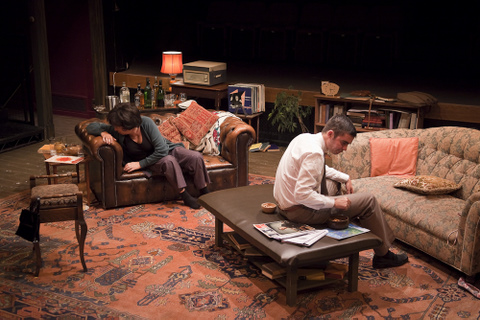 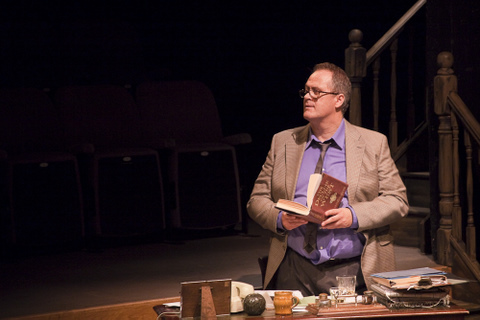 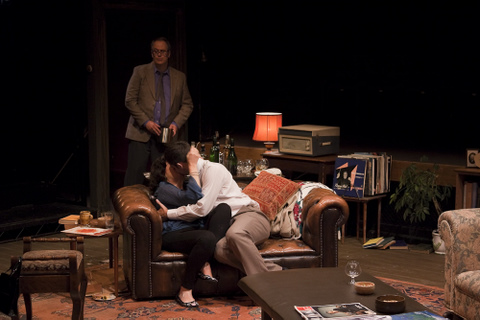 Done in the round in an impressive set and expertly directed by Jacquelyn Wynter, the cast of four pulled out all the stops to recreate this famous play made so well known by the film version starring Richard Burton and Elizabeth Taylor.

I found it impossible to believe that Sean Herbert as young ambitious husband Nick had not acted before, so secure was he with his American accent, the many emotional demands on his character and his natural ability on stage - to say he is quite a find is an understatement. Helped here by Katie Kavanagh as his rather insecure, bilious wife Honey ( another stage natural and notable in this role) the pair's interpretation of a young couple, caught in the blistering cross fire of words between their party hosts George and Martha made a big impact.

Mark Pendry looked so right as the stuck-in-a-groove history professor with not just a chip but a large rock on his shoulder as he simmered and eventually boiled in turning mercurially from a loving husband to a ranting sarcastic cynic as he hurled verbal abuse at his wife. As wife Martha, Anne Page faultlessly gave as good as she got with vitriolic ability and the additional arsenal of sending out a sexual lure to young Nick.

This superb production will be memorable for the cast and director as well as for me, as a highlight in over 35 years of reviewing.