Home Is Where Your Clothes Are

From the title alone, you might guess this is farce. And you would be right – improbable, absurd, beyond belief and very, very funny. It concerns The Major, whose wife has run off with another man, leaving him with a house be cannot afford. To maximise his asset, he lets out the basement – twice. Once to Jill, who uses is only at the weekend: and Philip, who uses it only on weekdays. It works well until both tenants change their routines, leaving the Major scrambling to maintain the status quote by changing wardrobes, beds, drawers, dresses, suits, soft toys etc, etc according to which tenant turns up next. Daft? Yes. Implausible? Of course. An undemanding evening of laughter? Definitely. 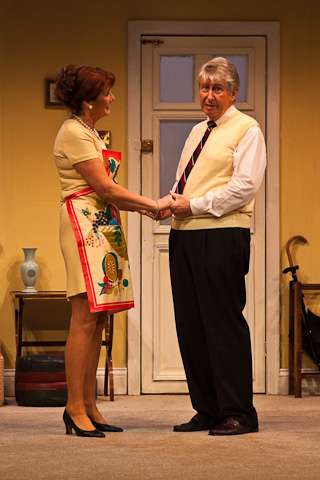 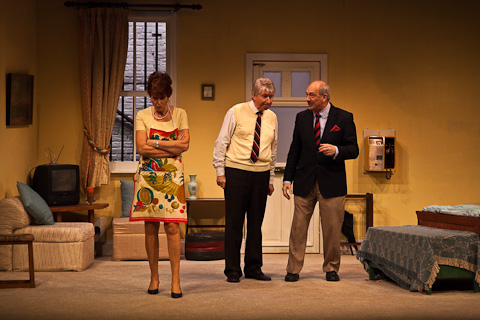 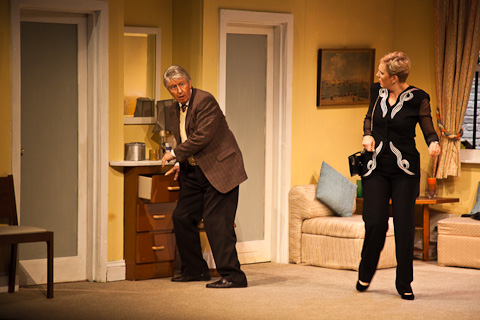 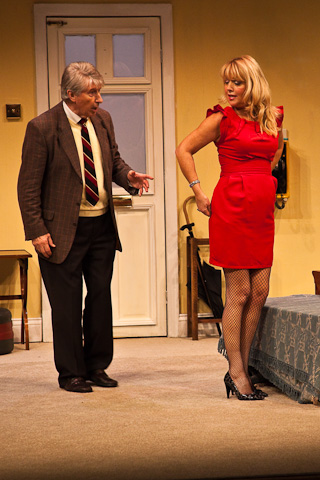 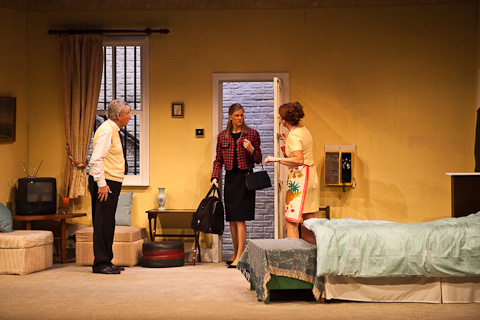 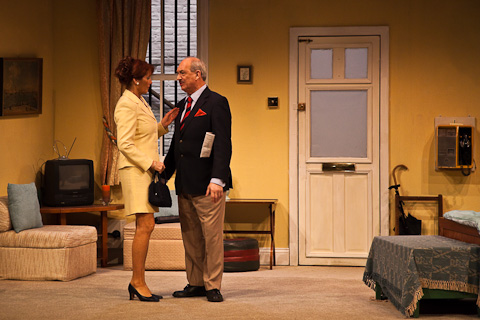 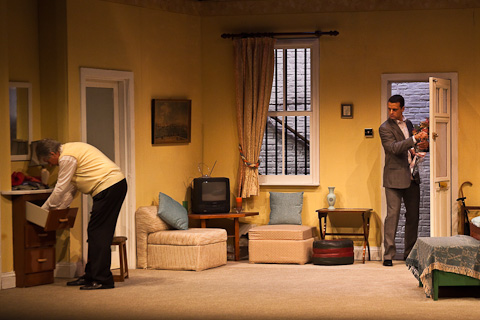 What a tangled web we weave when first we practice to deceive, and here, The Major's web was as tangled as they get.

Reg Anderson's acting talent and timing brought out all the comedy possible as The Major, skint since his divorce and finding a weekend and a weekday tenant for hi s basement flat with all the changes of paraphernalia that this entailed.

Things go wrong almost immediately as his tenants alter their plans and he has not only to dream up excuses and reasons for his constant presence in the flat, but also remember what tales he told. Claire Connery as Jill, the weekender, moved well from prim PA to comic accomplice and Paul Farrell as the weekday tenant Philip was into the comedy straight away.

Life in the flat gets more hectic as The Major's ex-wife Elizabeth further complicates the lettings whilst henpecking her new husband Ronald. Carole Lane and Tony Richardson complemented each other well in these roles – the first posh; the second a ladies' man. Joined in this proclivity by the third tenant, Humphrey, delightedly played as the dapper city man by David Love, we can then meet Jacqueline from the 'agency' – Lucy Hanson kitted out in Ann Summers's best. More chaos is created by the appearance of Brenda – Philip's fiancée – with Susie Jones soon becoming flirtatious too.

Act 1 was rather drawn out and predictable but Act II was full of surprises.