When a chap meets his girl friend to end their relationship in a civilised, considered, amicable way, he hardly expects her new lover to be part of the discussion., But that is what happens when Dave calls on Ann to explain his part of the break-up. The unexpected arrival of the new man, Patrick, rouses Dave to mild violence but fisticuffs are avoided when the situation is defused by Ann. The two men then begin to discuss the lady, much to her annoyance, and the three of them engage is a series of arguments and recriminations which end with one of the men asking Ann to marry him. Which one? Does she accept? The answers will be revealed by seeing this intriguing and clever play by one of Britain's most inventive playwrights. 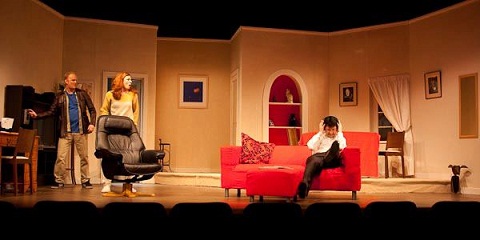 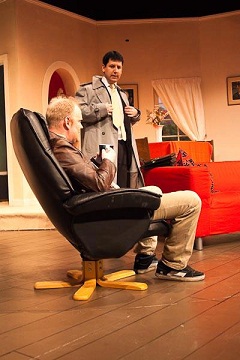 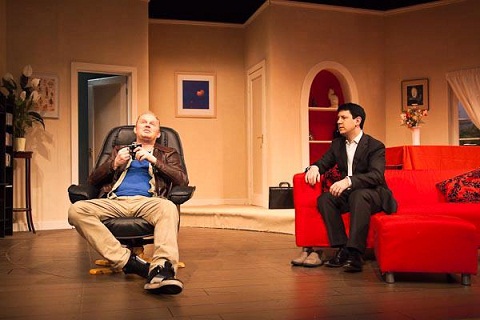 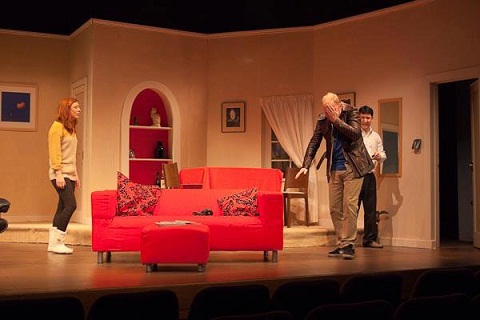 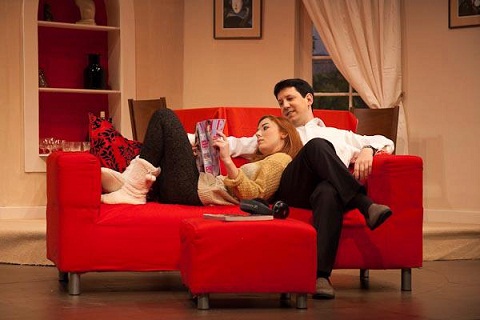 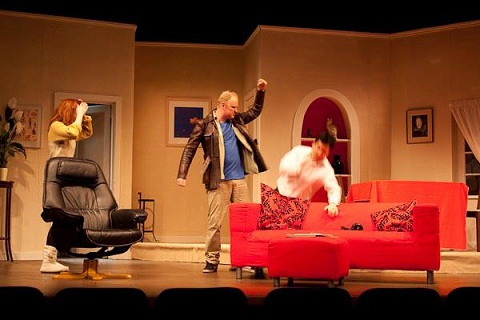 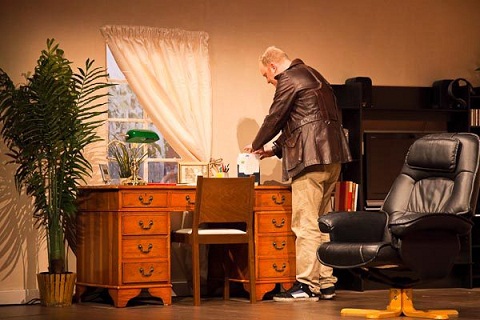 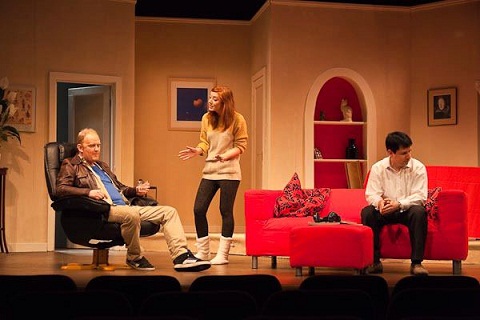 Two men with very different characters and a girl who can't quite make up her mind between them tell this tale.

Patrick works with Ann and when she splits up with Dave, he moves into her flat in a set designed for elegance and minimalism by Tony Dent.

As they peacefully listen to music, Dave breaks in and it is the beginning of the tables turning back again.

Dominic Zwolinkski's calm, reliable, tidy, considerate Patrick provided the required antithesis to Roberto Prestoni's bullying, vicious, demanding Dave – each of them vying for Ann's affection but through very different methods. The meeker Patrick acquiesces too easily when told to leave, whereas Dave simply assumes Ann will have him back in spite of his bad treatment of her.

The script for Emma Bugg as Anne is not helpful in defining her character albeit allowing her to shout loudly at each of her suitors, in their turn, to "get out". Her emotions are neither shown nor really voiced and the play can be summed up succinctly as girl leaves relationship for another relationship, then reverts back to the first with the possible message that in her case she prefers to be dominated rather than treated as an equal.

Good direction by Niall Monaghan underlined this plain plot enacted with understanding but, as a play, for me it was a bit of a non-entity.