By arrangement with Edward Snape for Fiery Angel Limited

Adapted by Patrick Barlow. From an original concept by Simon Corble and Nobby Dimon

This is a theatrical tour de force. Richard Hannay, handsome, soldierly, lantern-jawed, pipe-smoking Englishman befriends a lonely woman who is later stabbed in his flat. She was mixed up with a team of foreign spies, which leads Hannay to Scotland, all the time evading the police who want him for the woman's murder. Taking the Flying Scotsman, he has to cling to the train as it passes over the Forth Bridge and later crosses the moors with avenging spies in pursuit. Finding refuge with a crofter, he is helped to escape by the crofter's wife before finding himself handcuffed to a girl he met on the train. He stays overnight in a small hotel with her – while remaining the perfect gentleman, of course – and then meets the master spy and finally brings the whole evil network to book in a triumphant finale. All this on stage as costumes, props, sets, lighting, sound and characters appear and re appear in a dazzling display of quick changes. Huge fun. 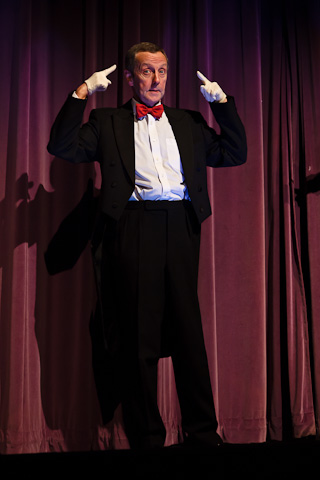 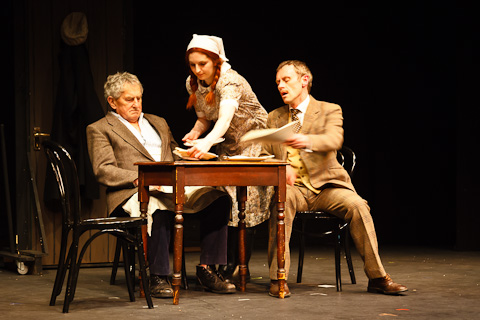 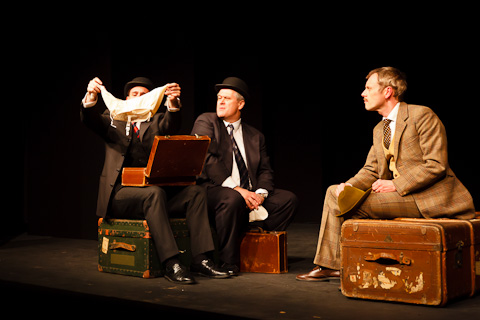 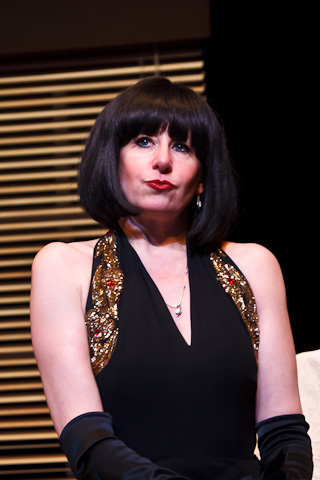 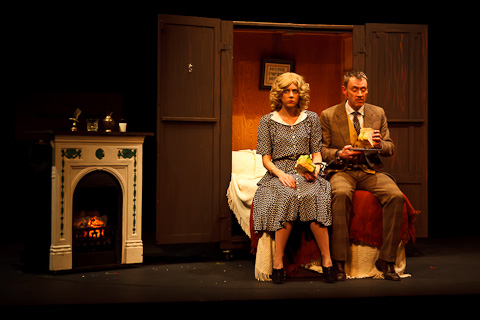 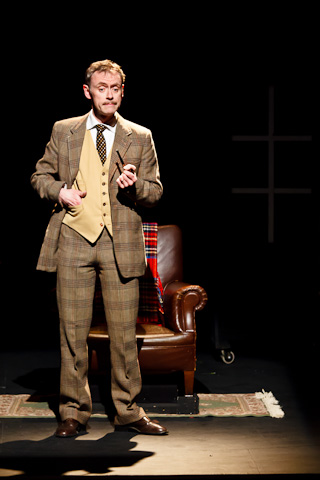 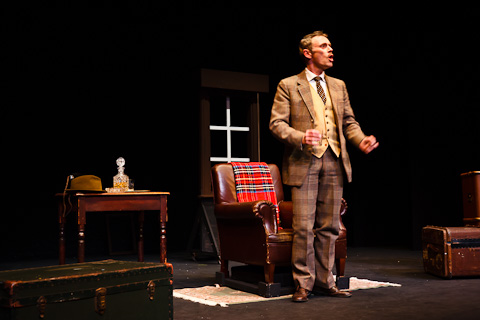 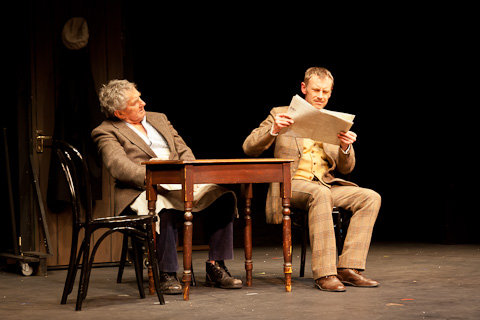 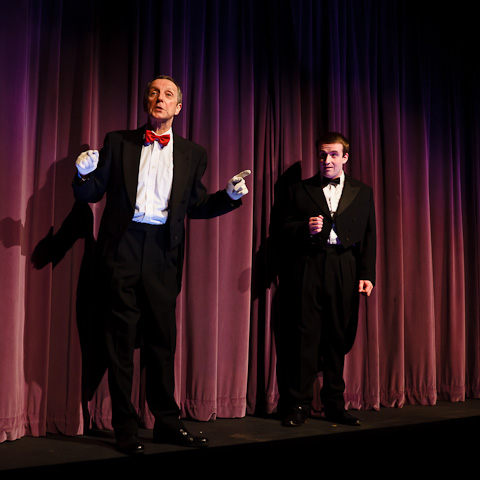 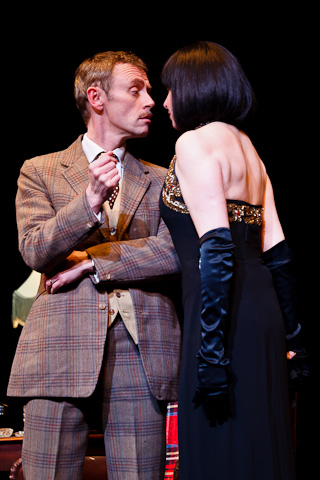 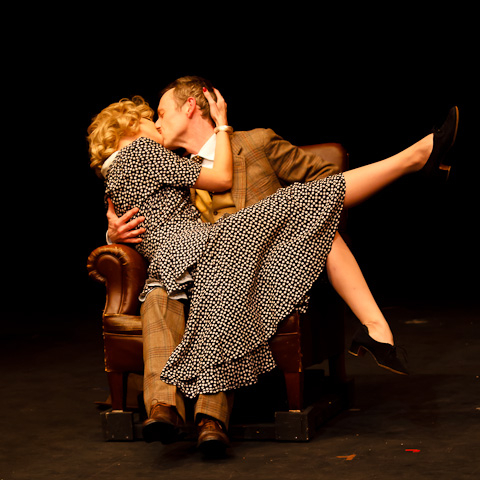 Bursting with characters this comedy spoof on the original thriller brought much laughter and an almost constant smile at the dialogue.

Ingenious transformations of the set moved the tale along apace and the large cast proved their undoubted acting ability as they took on a variety of characters. In a variety of helpful costumes Mark Pendry took on six separate roles, the most memorable of which was the darkly comic and evil Professor Jordan. Epitomising the glamorous spy, Lauren Milsom's Annabella Schmidt started the mysterious tale by her undercover contact with our hero, Richard Hannay, at the theatre. Michael Cooke captured Hannay's insouciance and initial ennui, building the character's growing involvement in a bid to save the country. Struggling out from under the stabbed Schmidt was a comic turn in itself with a variety of other escapes all cleverly conceived.

Andy Wiggins used his considerable variety of facial expressions as the all-important Mr Memory Man, turning, as did most of the characters, to a Scottish accent in other roles. Kieran McGough triumphed with his accent and accomplished the sand dance as half of Keppel and Betty.

More glamour, met on the train with its suitcase seats, came from Katie Kavanagh as the lynch pin of Hannay's affections and I did so enjoy Barbara Martin's totally unintelligible Scottish sentences as Mrs McGarrigle.

Jim Tadd took charge of the demanding sound cues, all spot on, with Phil Howard-Knight creating the lighting design required to change as often as the characters, to whisk the audience from scene to different scene. Shadow puppetry brought more laughter and there were even real bagpipes, played by Peter Campbell.

A production to go to the top of the Miller Centre's hall of fame, directed by Anne Page.