A classic. Always concerned with the manners of the upper classes, Wilde takes us into the world of politics and questions of honour among the people who govern. Sir Robert Chiltern is a junior minister in the government of the day: rich, influential and a pillar of the late Victorian establishment, destined for the highest office. Into his life comes the mysterious Mrs Cheveley, a woman with shadowy contacts among the highest echelons of power in Europe. She brings with her a fatally damaging secret which she uses to compromise Chiltern's position in government and in society – a possibility which shocks Chiltern's wife and risks her loyalty. In unfolding this dilemma, Wilde mixes bleak morality with his usual garnish of wit and observation, making this a thoroughly entertaining excursion into the elegant drawing rooms of high society in late 19th century London. 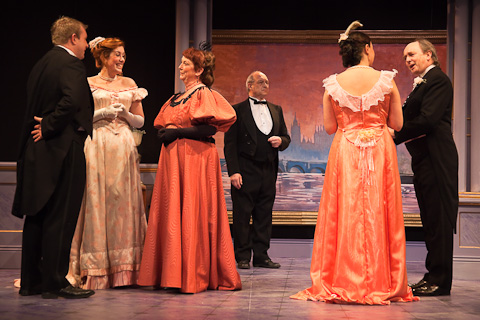 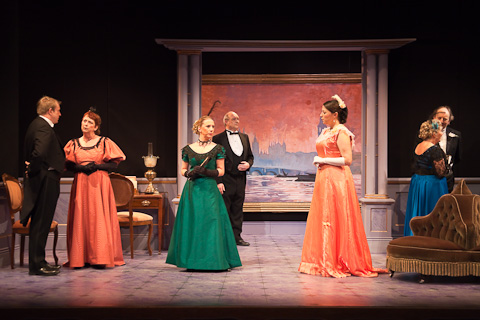 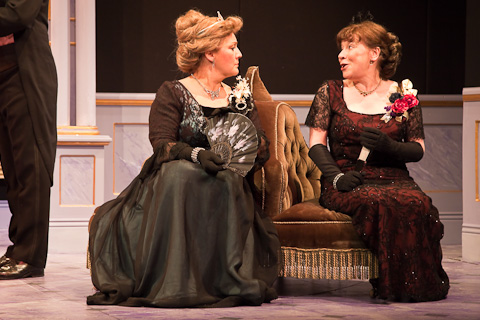 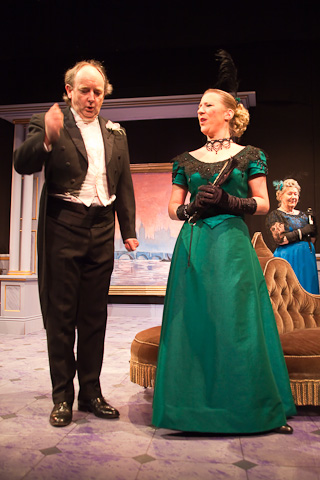 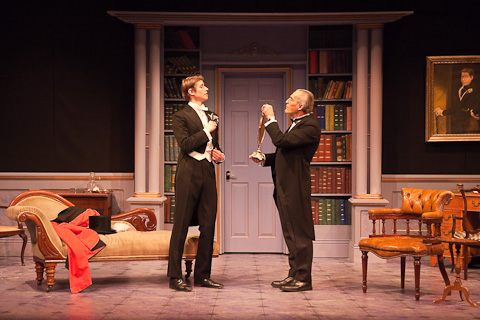 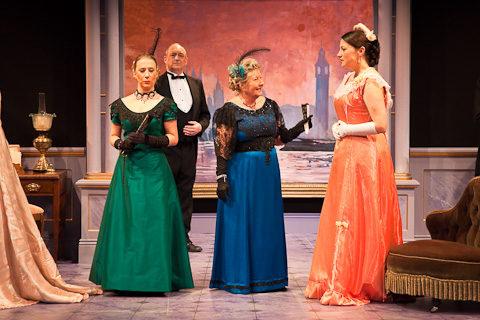 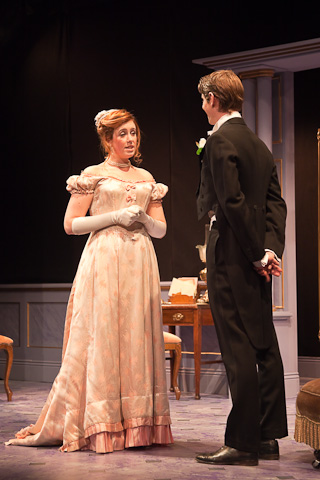 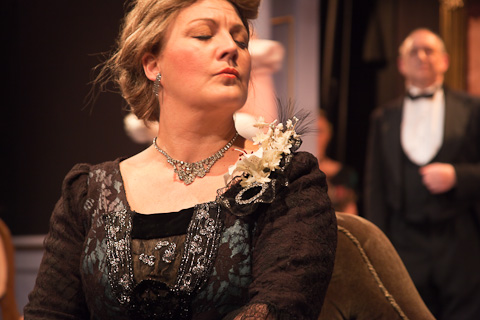 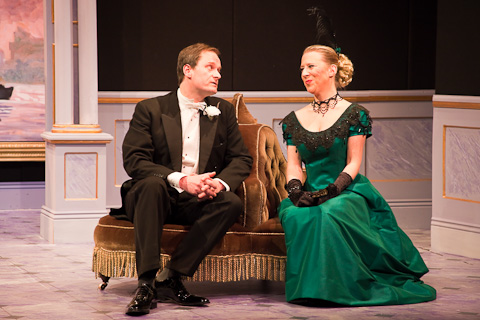 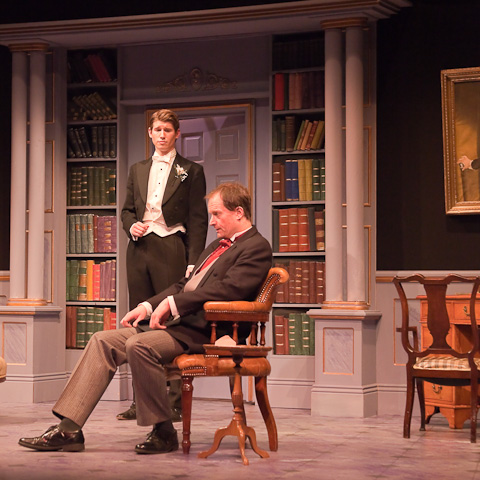 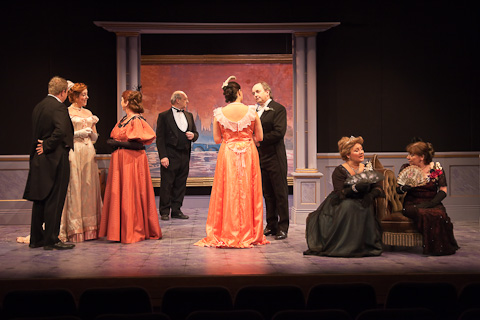 The set designed by Keith Orton fitted together like a jigsaw to provide the series of elegant settings, swiftly transformed by a well-drilled backstage crew.

Complimenting the set, beautiful costumes and hats provided the wow factor commensurate with the fashion demands of the upper classes in 1895.

Oscar Wile's script is wordy to say the least and the entire cast are to be congratulated on the unhesitating delivery of so many lines. Cameo roles were in good hands, both butlers were suitably obsequious and Tony Neale garnered the comic lines as the Earl of Caversham.

In Tonia Porter's capable hands were the ruthless, scheming, blackmailing plans of the pivotal role of Mrs Cheveley – performed with acidic hauteur contrasting markedly with Rachel Poulloin's gentle and devoted Lady Chiltern. As her threatened husband, David Sanders revealed the angst and affection of Sir Robert Chiltern whilst the play's frivolity was ably captured by Lucy Baker as Mabel Chiltern and the Beau Brummel posturing and verbal witticisms of Lord Goring, brought amusingly to life by Danniel Horton.

This play with its high demands of set and costume design is one amateur groups rarely perform but, under the director Peter Damesick, with a very talented cast, the Miller Centre Theatre Company pulled off a most professional and entertaining evening.