Lilies On The Land

by The Lions Part

These are several inter-linked stories – and they are all based on real events. They are about Land Girls, some of the thousands of young women who were conscripted during World War Two to serve as labourers on the nation's farms. With all the young men from the land being called into the armed forces and the paramount need to aim for self sufficiency in food, young women were sent to help the farmers. Some loved it: some hated it. Some had a tolerable time with reasonable hosts: others were treated as slave labour. From out of this experience come four girls with stories to tell – some funny, some sad but most merely illustrating life on the farm in that long-ago era – "during the war". And throughout it all, we hear the music and the songs from that time, when everything changed and women drove tractors, milked cows, delivered lambs, ploughed fields and brought in the harvest. 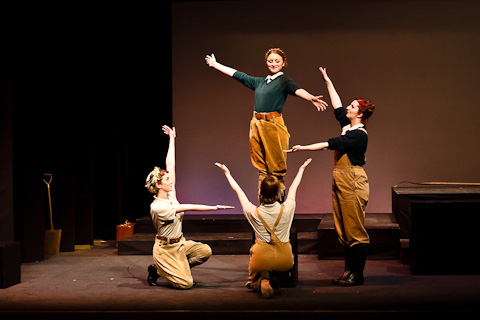 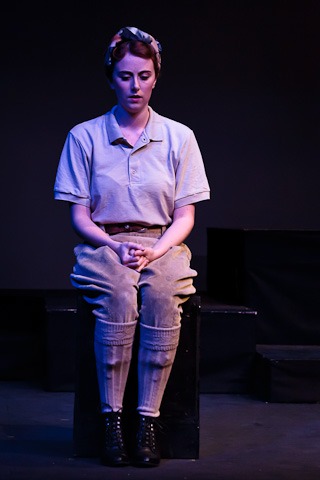 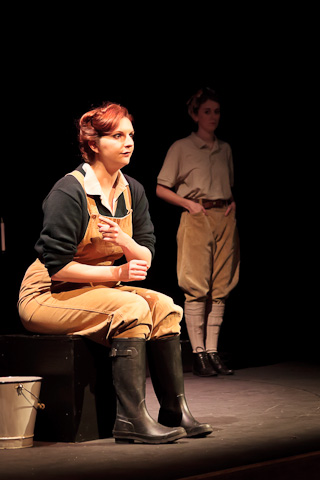 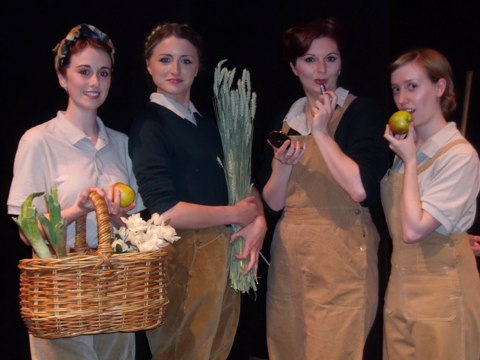 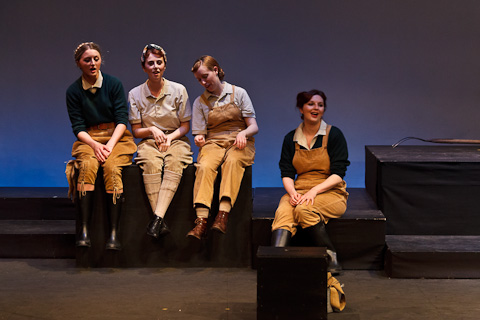 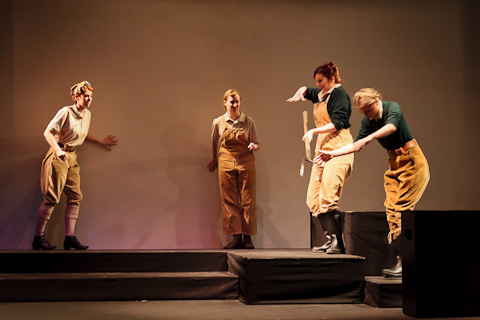 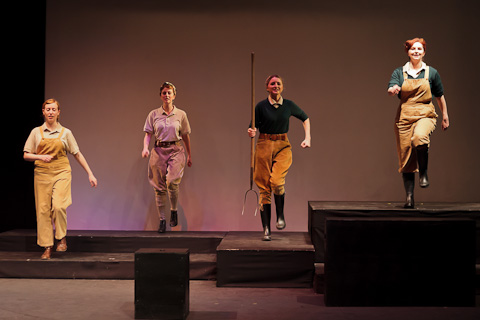 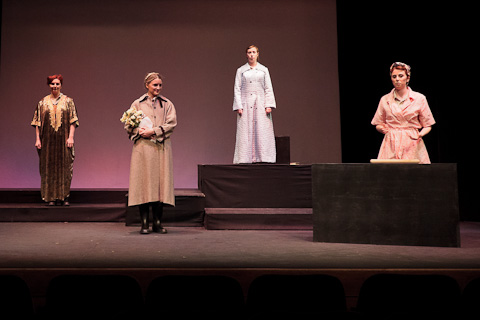 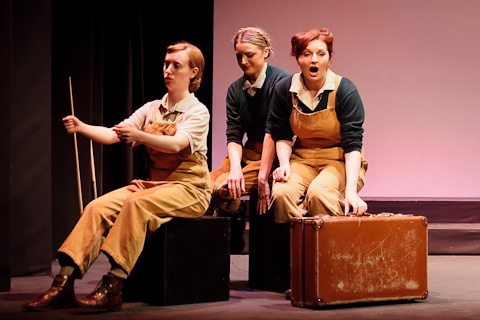 A simple set of black drapes with multi-level rostra and a few pertinent black boxes provided the canvas for four young ladies to re-enact a gallimaufry of tales drawn from the experience of the girls of the WLA, the Women’s Land Army.

Although given names in the script, they diversified into many other characters including farmers and farm hands, POW’s, Americans and famers’ wives.

The tales were cohesively wound together as each member of the cast slipped impressively from one role to another, mostly using just their acting skills but sometimes with a hat or accent to help define the character.

Their original backgrounds were established early on in the script with Gail Bishop as the northerner Margie, Becca Nielsen as Poppy and Eleanor Swift and Pamela Cuthill as Vera and Peggy, the more down-to-earth of the quartet.

Cows were milked, hay gathered, tractors driven and potatoes sown and harvested with a surprising amount of energy left over to attend local dances.

Berry Butler’s costumes were spot on as were the props from Charles Bates, starring, of course, the inevitable pitch fork.

It is a charming and nostalgic play in which Avril Swift’s direction achieved fluidity from tale to tale and there was tuneful music and singing too.