The children are played by adults in this warm, witty and funny play. Mizzis Horrocks' class of seven year olds is about to perform their nativity play at Flint Street Junior School for the proud mums and dads – and the occasional social worker. Squabbles arise when Gabriel wants to play Mary, the Star grumbles he's not a proper star like they have at NASA, Herod won't stop waving to his mum and dad and the subversive Innkeeper is determined to liven up the traditional script. And then the stick insect escapes...

'There are moments where you may wet yourself laughing.' The Guardian

'... you have to be there to appreciate how the humour, from puns and slapstick to witty lyrics, is a perfect balance for the pathos.' The Stage 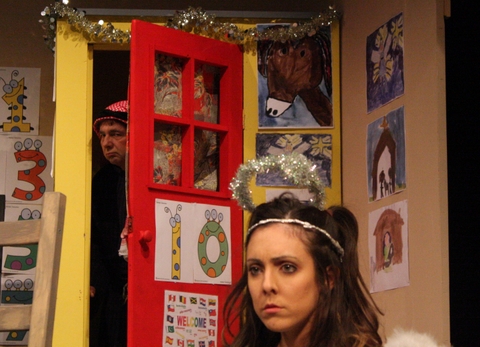 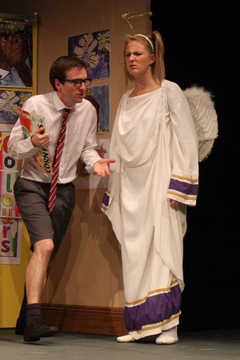 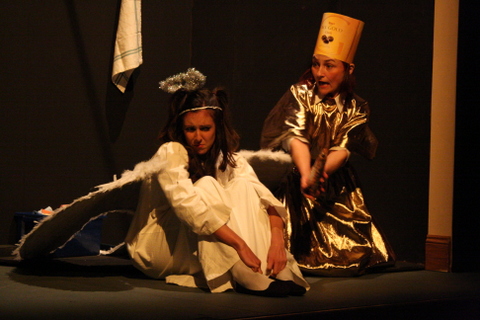 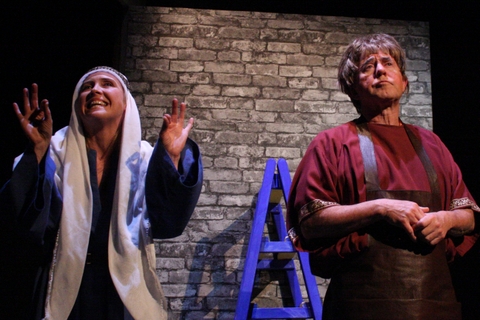 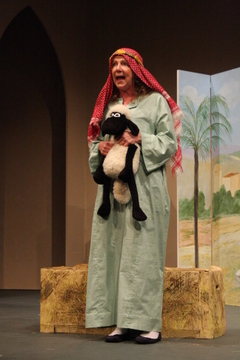 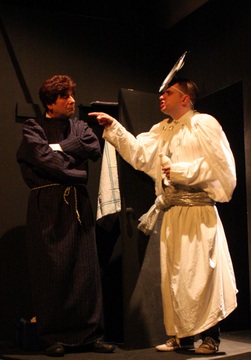 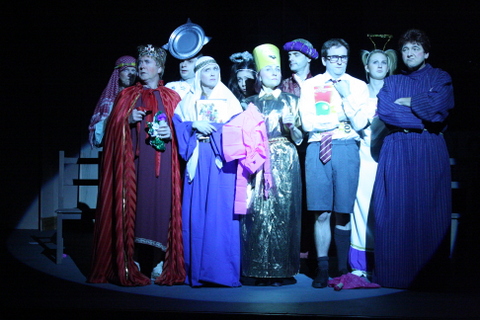 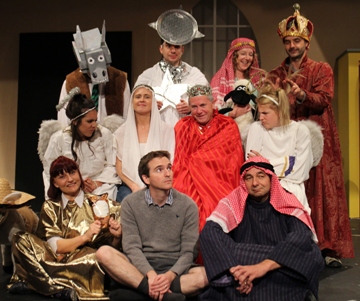 Children can be very unkind to one another, but are their characters heavily influenced by the actions of their parents?

During the nativity play by the 7 year olds in Miss Horrocks's class at Flint Street Junior School the children reveal many adult traits, both comical, spiteful, endearing, slightly sinister and charming. Nothing surprising there, except to say that the 'children' here are all played by adults.

Written by Tim Firth of Calendar Girls fame, the script brings out not only the well-observed characters of the 'children' but also the concern over the deployment of roles, both for those who covert the spotlight and those who dread it.

Julie Silverman plays the class goody goody who also got the role of Mary. Taking a lead from this casting and, we later learn, from her own mother, she also tries to tidy, teach and help her classmates, even when help is not requested. Thus she speaks the lines for the stage-struck Joseph played by Roger Dale who exacted every nuance of a 7 year old he could muster; waving winningly to his 'father' in the audience, doubling up as the masterful Herod and playing his own sports TV game with questions and answers, throughout his time on stage.

Angel Gabriel is a frustrated Mary and within the role, Micha Patman exuded the spiteful spoilt child, never missing a trick to verbally hurt and demanding that Katie Kavanagh as an additional angel followed her lead.

Playing a shepherd, Sally Bosman delivered earthy truths about birth and much more with the frankness of youth, even to repeating her mother's definition of her twin brother - not very complimentary. Tony Johnson as her twin played the innkeeper. A much harangued child, he seems constantly out to shock but yearns for the attentions of Mary who, he says, smells of flowers.

Due to chicken pox, there are just two Wise Men. Samantha Elgar as Wise Gold doubled up to bring Myrrh insisting that Wise Frankincence who had trouble sounding 's', present the gift which would most show up his speech impediment. More play could have been made of this problem by Jonathan Hill but this Wise Man triumphed in the end by resolving to give "more Myrrh"

The space-age language of Star which Robin Clark delivered with such conviction, juxtaposed his timidity in standing up to the bullying classroom tactics of the innkeeper, but to his role fell the triumphant finale. Tony Richardson seemed to revel in his role as the donkey, convinced that his cardboard head gave him cover enough to use rude words and Richard Kelly earned empathy as the very nervous narrator who yearned for his father to be there, although now split from his mother.

Carols were sung throughout the play with words diverging from the original, revealing much of each of the 'children's' hopes and fears. Sadly, some of the comedy and pathos of these words were delivered rather quietly - in keeping with 7 year olds but requiring adult volume.

MD David Lane accompanied the carols on the school piano to great effect and the show's director, Peter Damesick, brought many memories of nativity plays to the minds of his audience who smiled nearly all the way through.