This is a gripping courtroom drama staged "in the round", giving the audience the feeling of being part of the proceedings.

The play opens in the Central Criminal Court, Old Bailey, where James Highwood - a successful and well-known television presenter of a programme called British Justice? - is on trial charged with murder. Refusing his solicitor's plea to obtain legal representation, Highwood conducts his own defence, admitting responsibility for the death but pleading manslaughter – a plea that brings him into conflict with the judge and prosecuting counsel.

Overshadowing the whole case is the question of whether Highwood actually committed the crime in the first place.... 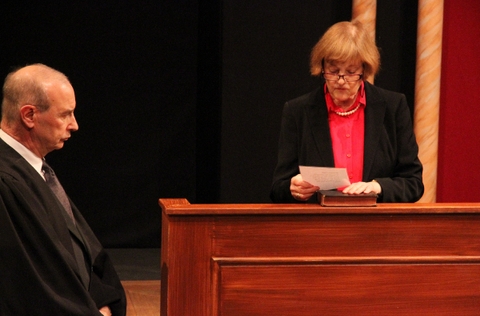 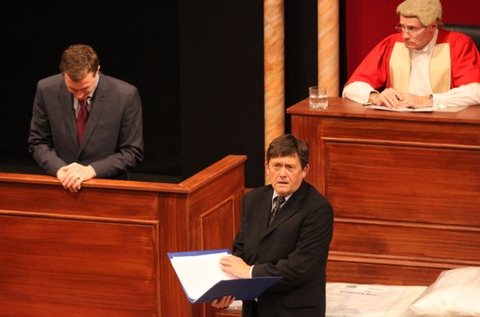 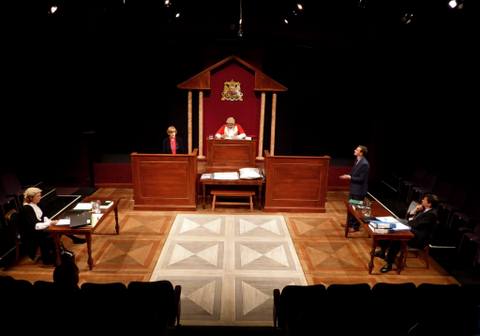 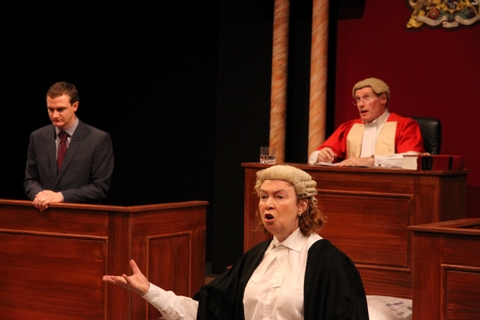 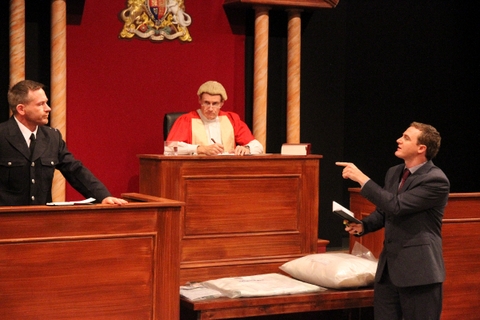 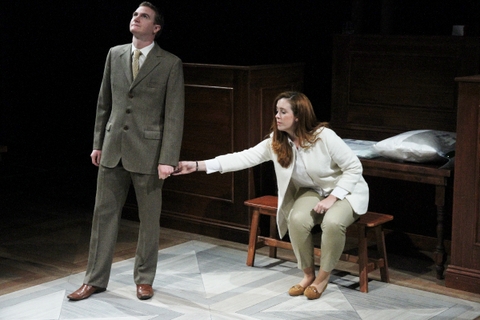 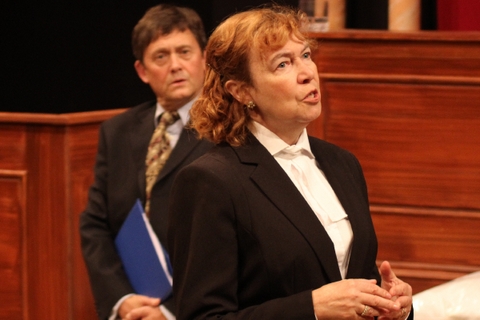 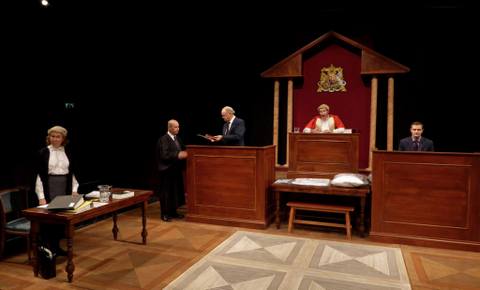 Overused, I am sure, by reviewers of this play, the word ‘harrowing’ is apt. Within the small cast, no one carries the burden of the largest role and the most emotionally demanding than Andy Kempton as the TV presenter James Highwood, in the dock at the Old Bailey having admitted to suffocating his physically and mentally handicapped child. Taking on his own defence, against the advice of his solicitor, the play revolves around his epic battle with the pro-lifer Catholic prosecutor Margaret Casely who, in the expert hands of Anne Gregory, pulled all the courtroom tricks to get Highwood’s plea of manslaughter denied, making him guilty of murder.

The skilled interpretation of both these characters bear tribute to the actors concerned and to Iain McGrath who directed. As the scenes unfurl, with us, the audience, sitting as jury for the trial, witnesses are called to testify.

Denise Scales makes sure that the words of Dr Hannah Radzinski, a specialist in brain damage in infants with a massive list of credits to her name, are forcefully delivered and recognition of the doctor’s knowledge and experience is registered by the court. Bob Cruthers as Dr Simon Kerr, the pathologist dealing with the case, is equally clear.

PC Ramesden is made, by Daren Ball, to seem a little out of his depth in such judicious surroundings, but keeps his evidence calm and unflustered.
Presiding over Casely and Highwood, as they score points off each other in this deadly game, is Russ Gregory as the judge, trying hard to keep things fair for both sides. Sitting in Highwood’s own ‘corner’ is Jeremy Ackroyd, both his solicitor and friend with David Kay revealing all the exasperation Ackroyd feels about the way the case is being conducted and his client’s refusal to take his advice. The final character with the key to reveal the truth of what happened is James’s wife, Jean, portrayed by Lucy Baker with both emotion and misery, joining the high calibre acting skills of the rest of the cast.

Keith Orton’s set design both imposed and enabled and an enthralled audience paid rapt attention to the twists and turns of this high court drama – a compliment indeed to both director and cast.