As You Like It is Shakespeare's rom com. The play begins at the court of Duke Frederick, a usurper who has exiled his elder brother to the Forest of Arden. Eventually many of the characters are either exiled, or take refuge there and every aspect of love, loyalty and loss is explored. Music is an important element of the play, which also features the famous 'All the World's a Stage' speech. This production moves Shakespeare's play into the swinging, psychedelic mid-1960s – think Forest of Arden meets Austin Powers – and promises to be a highly romantic and entertaining evening. Groovy Baby! 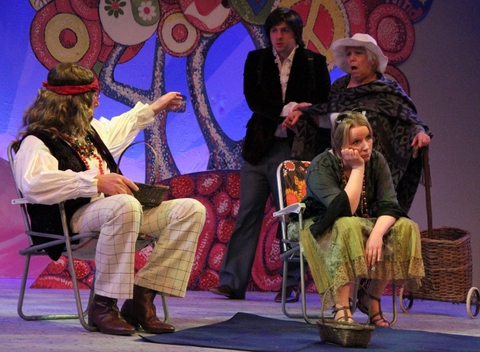 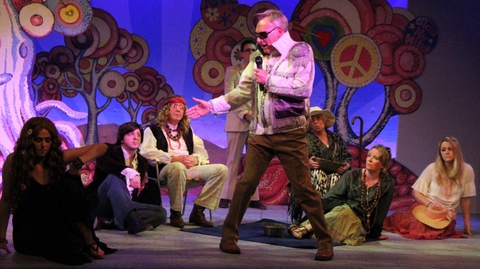 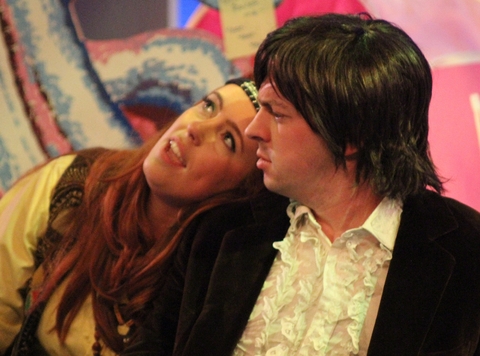 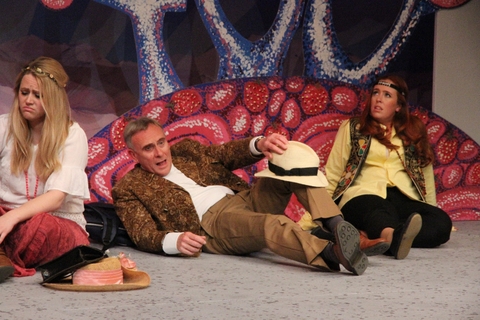 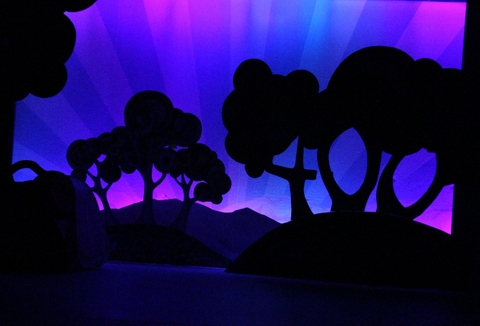 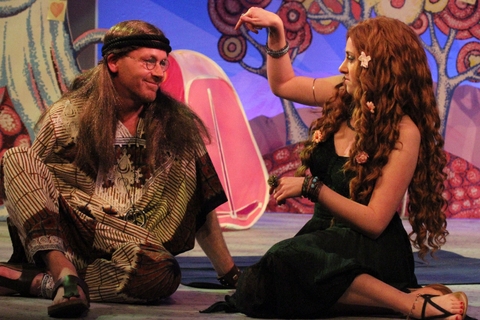 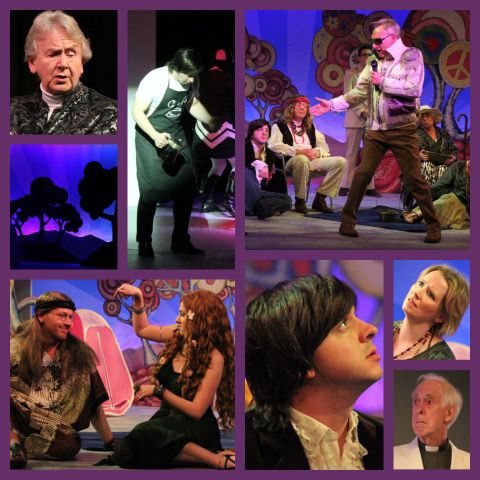 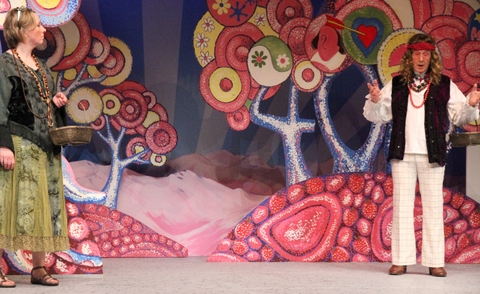 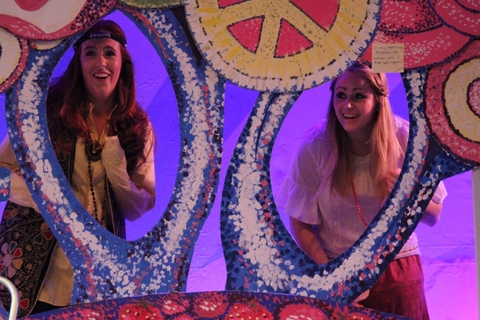 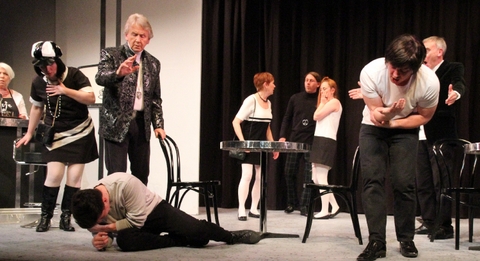 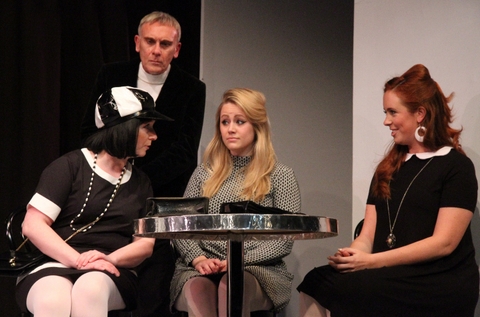 To perform such a well-known Shakespeare play to the backdrop of the psychedelic 60s made the juxtaposition of the language with hippie costuming an interesting decision by director Anne Gregory.

Brightly coloured backdrops, particularly clever tree branches in the Forest of Arden cut to form the number 400 in celebration of the Bard’s birthday, an excellent many-hued lighting design by Niall Monaghan and some very well chosen snippets of 60s hits all combined to anchor the era. The music, in particular, deserves praise for lines from the songs that perfectly appertained to the various actions in the scenes of the play.

Heading up this tale of two wealthy maidens who flee to the forest, disguise themselves – one as a young man and one as a shepherdess, Lucy Baker and Chantelle Davison as Rosalind and Celia respectively, created a realistic friendship and were, when the tale decreed, besotted in love.

As Orlando, receiving Rosalind’s affections, James Rolfe raised sufficient ire at his unfair treatment from older brother Oliver, softening into the lovesick lad who posted poems to his love on the forest trees.

Accompanying the two girls into the forest, Peter Damesick was the comic of the piece, Touchstone, making much of his play for country wench Audrey – an enticing Lucy Auva.
More troubled couples merge into the tale with Daren Ball as the puppy-love Silvius pursuing Pamela Cuthill as the petulant Phebe who, in her turn, falls for Rosalind’s alter-ego Gannymede.

The Dukes Frederick and Senior – the first ruling and the second banished, were given appropriate anger for the first, then a laid-back John Lennon style for the second by Chester Stern. Also doubling up successfully, Ann Lovell used her accent skills to play both duke Senior’s attendant Jacques in the forest and courtier La Belle. Sara Watkins, as Corinne - billed in the programme as a mature shepherdess, most certainly made her country bumpkin mark.

Gareth Frow evolved as Orlando’s bad older brother Oliver to a good one, having originally encouraged wrestler Charles (Jacob Hoskins) to beat Orlando in a match. Appearing early in the tale, Charles was then able to metamorphose into the lovesick country youth William who, like Touchstone, fell for Audrey.

Smaller cameos were provided by Jennifer Allum, Christine Bower and Tony Neale and Berry Butler had conjured up some evocative sixties costumes.

A large cast, right ‘on cue’ sound by Ian Grayson and really good teamwork with everyone working hard on their characters, delivered an upbeat production so very well directed by Anne Gregory.