This lyrical, absorbing play, premiered by the RSC, is set in Accrington during 1914–16. The 'Pals' are the men from the local volunteer battalion who march high-spiritedly off to the Great War with their experiences in the trenches contrasted with those of the women left behind. At times funny, at times sad, it paints a moving and powerful picture of the changes in civilian life during wartime. 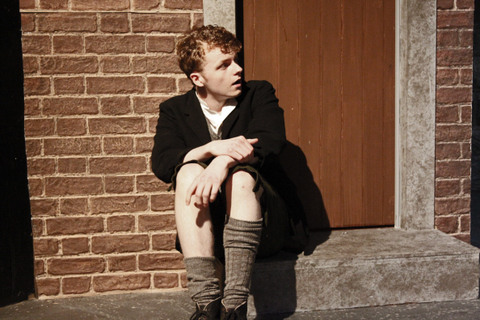 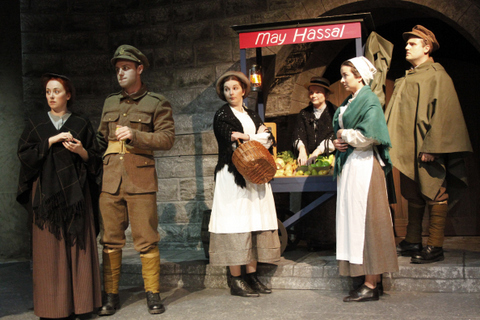 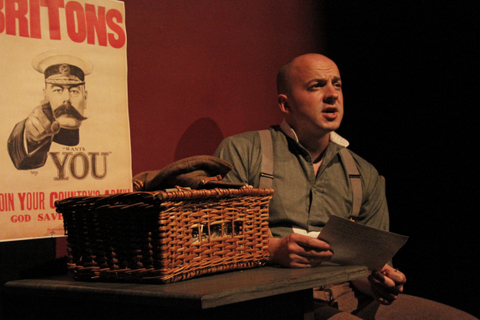 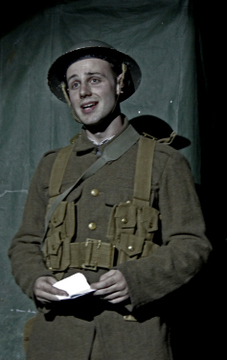 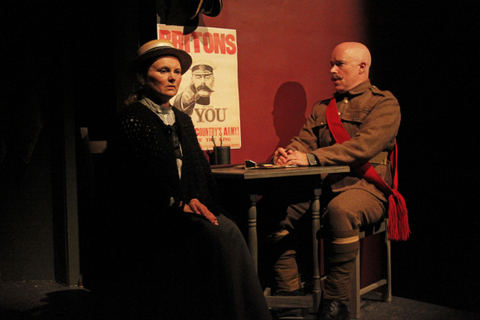 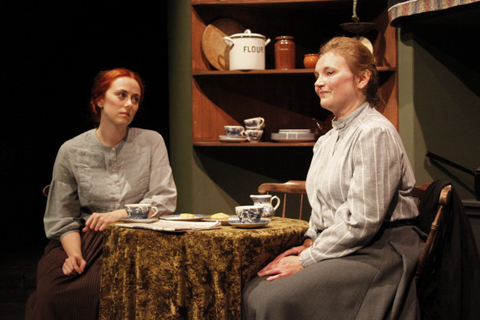 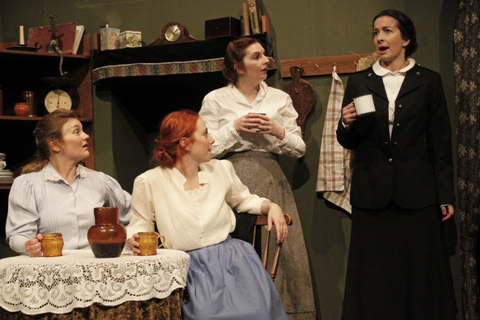 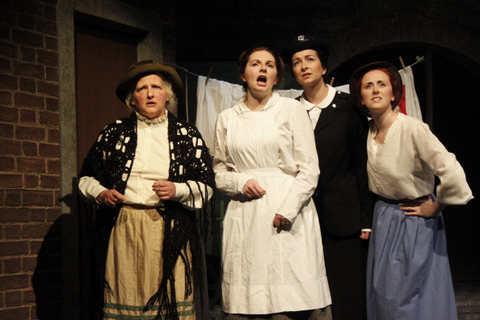 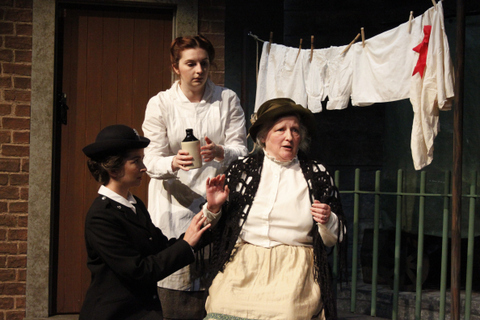 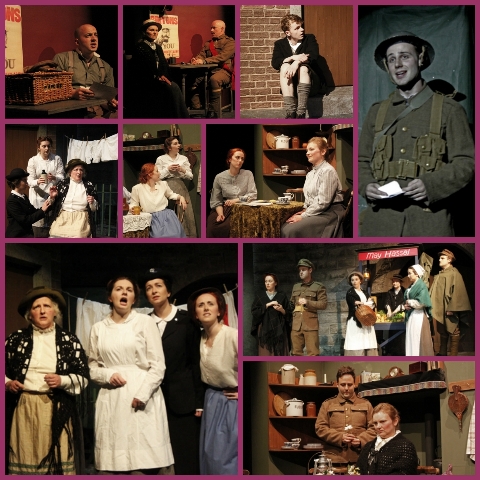 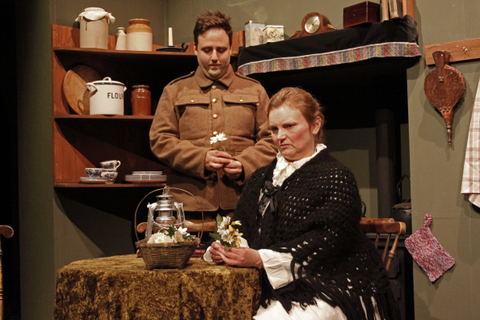 An historical background, a superb cast, a workable and ingenious set and excellent direction all added up to a salutary and intriguing piece of theatre.

Playwright Peter Whelan centres his tale, not on the almost total wipe-out of this battalion, raised from young men from the same area, but on the trials and heartache of the family they left behind.

Presented to underline the current remembrances of the first major action on the 1st July 2016 of the Battle of the Somme, there are the gung-ho young lads who march off to war, oblivious to the awful conditions they will face.

The businesses, lives and loves of those left to manage without them are intricately explored and brought emotionally to life within the play, with finely drawn characters.

May and her cart selling fruit and veg is the central character around whom the lives of both the young men and the girls revolve. Add in a harridan of a mother and an almost motherly Company Sergeant Major and Andrea Unwin in the role superbly reveals May’s many emotions and carries the ethos of the show.

Joe Crisfield is her lodger, Tom. Here, a perfect Lancashire accent prevailed and his jingoistic spirit was mixed, within this characterisation, with the uncertainties of matters of the heart.

Maybe it was with relief that pigeon fancier and religious man Arthur – James Rolfe - signed up to get away from his hard, screeching wife Annie and his young wayward son Reggie. Joanna Lumsden stepped lately into the role of Annie giving her an irate intolerance of Arthur’s going, while William Huke exemplified son Reggie’s very naughty nature.

Three young girls in the tale are each affected in different ways. Eva, in love with Tom’s friend Ralph, is introduced to May to help on the stall in Tom’s absence. Pamela Cuthill delivered a head-over-heels romance with Ralph and is a thoughtful support to May as the clouds gather. Pete Bowdery’s light hearted Ralph epitomised the lack of understanding the conditions awaiting those who signed up. His tin-bath scene in May’s kitchen brought a welcome air of comedy to the play.

Gail Bishop’s down-to-earth Sarah strode through the production administering common sense and a listening ear whilst Sara Krunic as the more timid Bertha grew her character’s confidence as her involvement in the war progressed.

Phil Wright’s dialect coaching paid off well with all the Lancashire accents and tackling a set requiring a homely kitchen, a market stall and a dug-out Tony Dent cemented his reputation for impressive sets that work.

Wardobe Mistress Berry Butler deserves particular commendation for the costumes. Army uniforms are not easy to source but everyone, whether army or at home, looked authentic.

Director Sheila Carr receives major plaudits for using her very talented cast to present a play which brought such unhappy times to life.