The hero of this touching story is St John Quartermaine, a teacher at an English-language school in Cambridge in the early 1960s. Long past his prime, Quartermaine is the oldest of the teaching staff. While he oozes a kind of desperate hail-fellow-well-met bonhomie, around him swirl the rest of the faculty, confessing to him their triumphs, tragedies, lost-and-found loves and other personal concerns. To all of them, Quartermaine responds with sympathy, understanding, tact and oldworld charm. But few recognise that the school common room is his home and that they are his family. 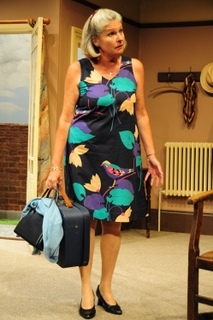 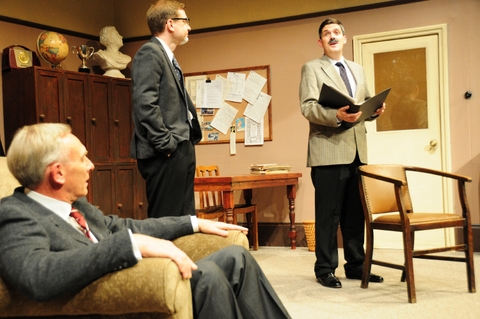 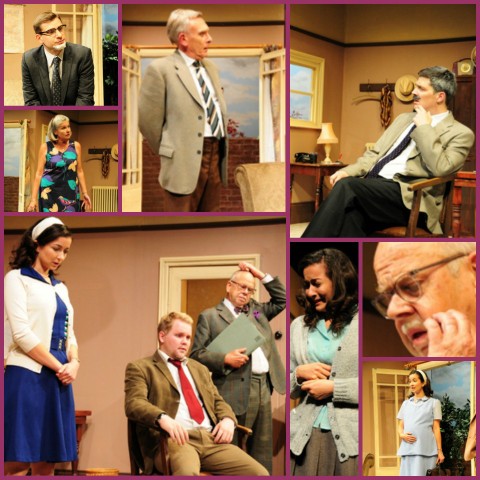 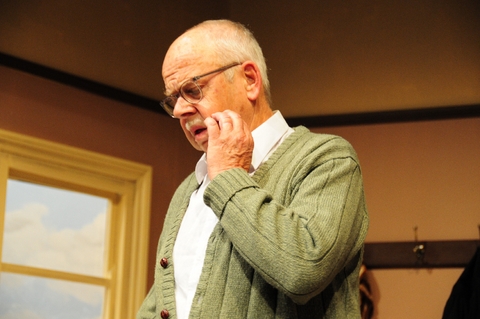 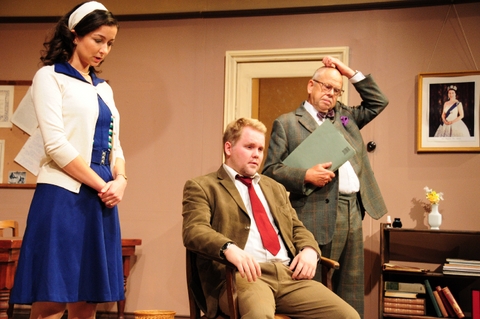 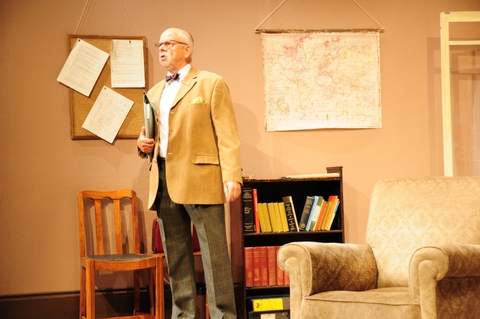 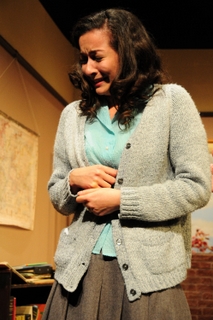 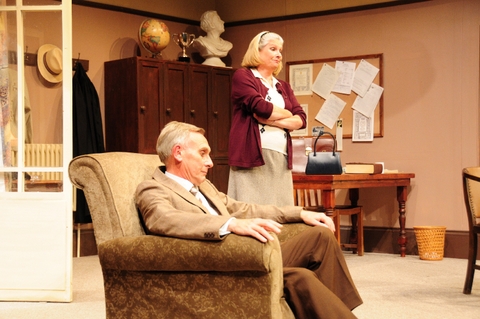 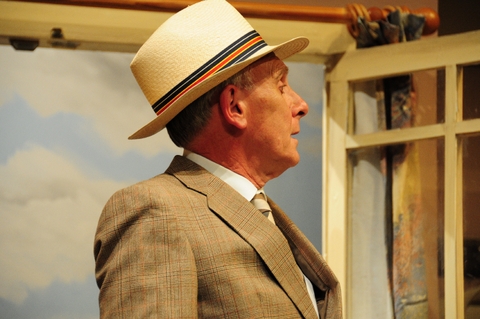 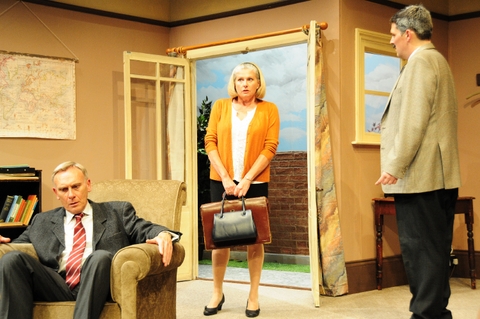 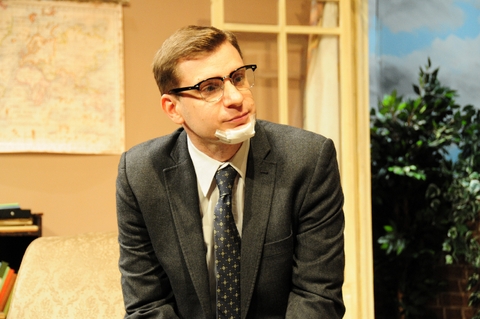 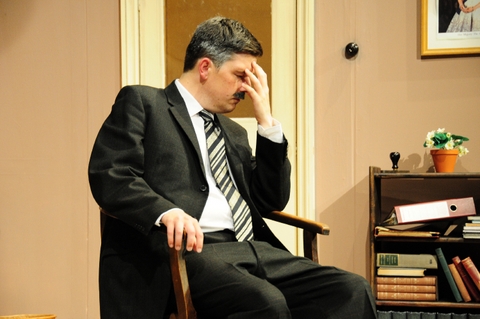 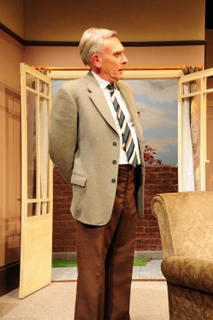 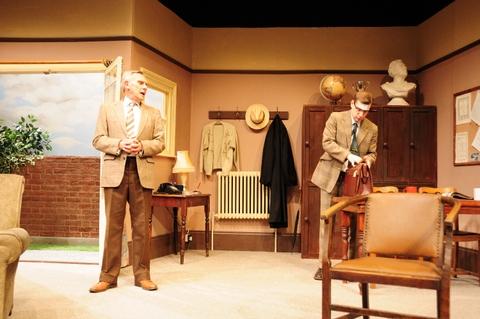 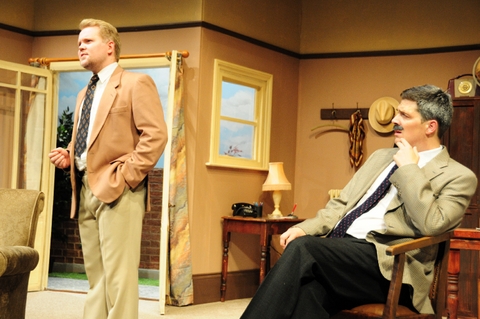 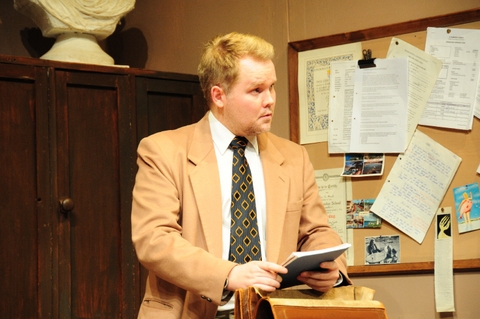 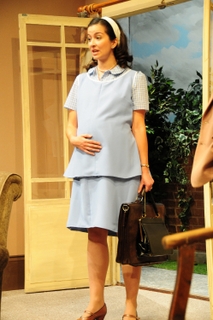 The staffroom is the hub of a school for foreign students. In the midst of these familiar surroundings St John Quartermaine, the longest-serving teacher, dispenses affection and helpfulness to his colleagues but no longer delivers the academic requirements the pupils both need and expect. Peter Damesick’s St John exuded camaraderie, concern, care and involvement with the lives of his colleagues yet managed the requisite vagueness and insecurity... a really excellent portrayal of an enigmatic character.

Within the staffroom, very different characters are portrayed. Robin Clark made much of the accident-prone slightly nerdy Derek Meadle who evolves to be a dedicated and popular teacher. Sara Krunic swung mercurially between the needy wife, Anita Manchip, suffering her unfaithful husband. More marital disharmony invaded the staff room with Jamie Heath’s Mark Sackling, the budding author who put his book above both his wife and family. Henry Winscape has a huge family cross to bear in the shape of his precociously advanced academic daughter who, insisting she sat her ‘0’ Levels two years before her age group, finally and totally, burned herself out. Gareth Frow gave Henry both gravitas and empathy.

The care of her harridan mother made Melanie Garth pretend all was well when she was in the staff room. Sue Rider created two different personas for Melanie. The first cowed and despondent, the second, following the death of said mother, alive and bright.

Co-owner of the school, Eddie Loomis, tried to balance the lives of his teachers with his and his partner Thomas’s high teaching standards and here Will Harris brought out Eddie’s desire to be all things to all people, under the strain of failing health.

Mike Bell’s staff room set shouted the early 1960s with Helena Shore’s décor finding just the right shabby deep armchair in which St John spent much of his on-stage time. Directing this gallimaufry of emotions, Chris Hearn’s production emphasised an era of manners and courtesy and told an intriguing tale of people with diverse problems and lives giving support and understanding to each other in a work place environment.