Amid the unfathomable horror of war on the Western Front in 1917, Private Arthur Hamp took a simple decision. He walked away from it. He deserted. He was caught and brought before a court martial where, if found guilty, he would be sent to face a firing squad. Asked why he deserted, Hamp replies ‘I knew for sure I couldn’t stand no more.’ Faced with the facts and this simple, uneducated, intellectually innocent man, the officers of the court knew that military law demanded the death sentence, mainly to deter other soldiers from walking away. It was quite unthinkable to execute one of their own. And were it to happen they knew they would be taking part in an act of ritual murder. 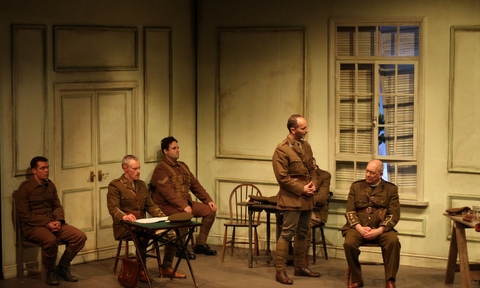 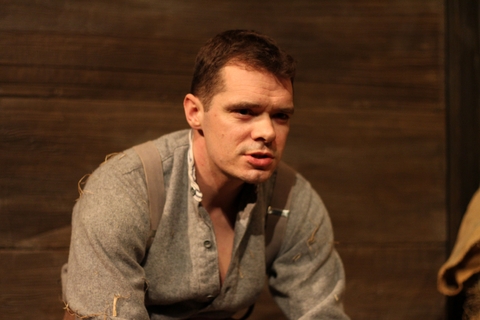 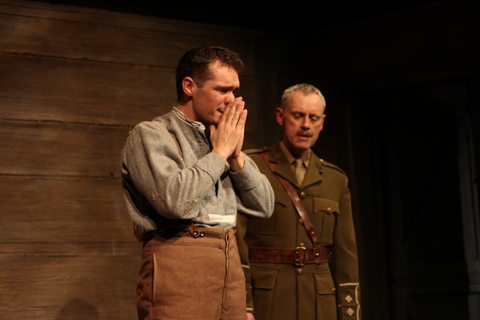 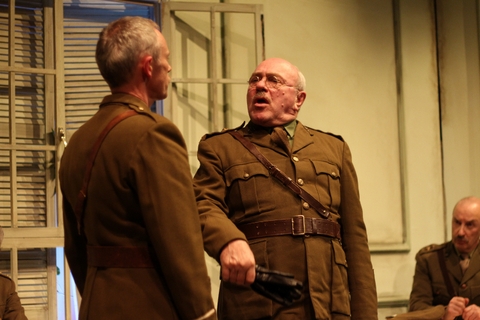 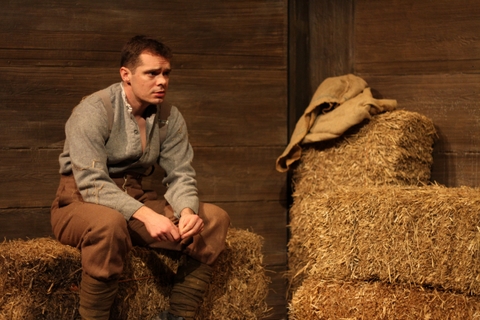 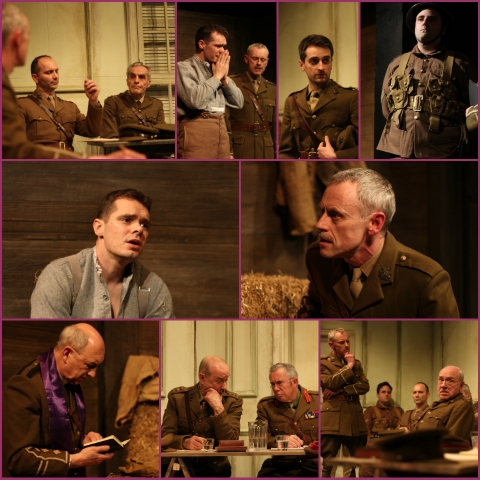 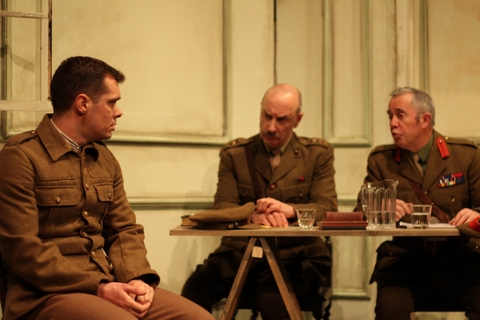 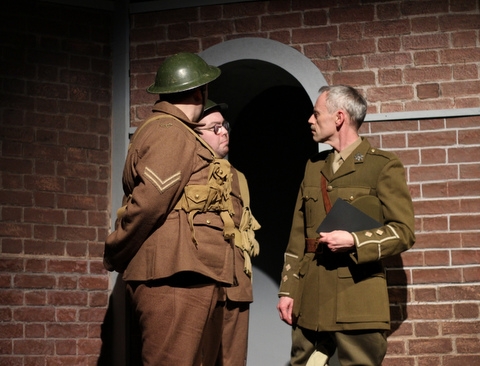 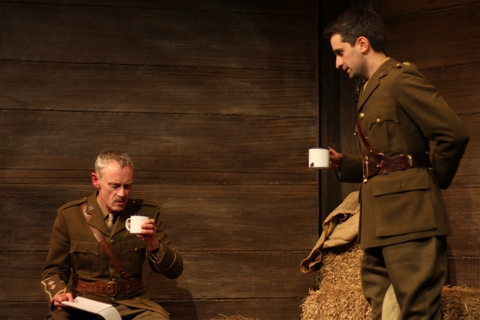 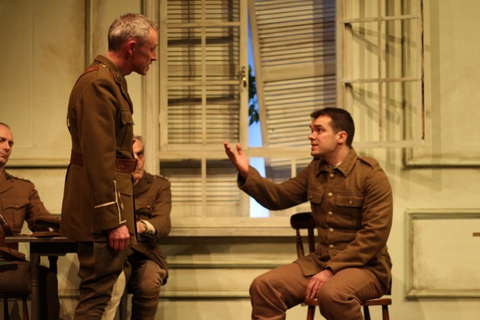 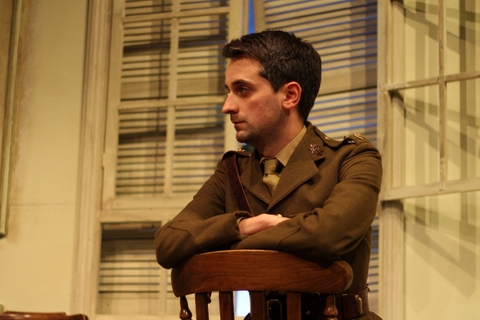 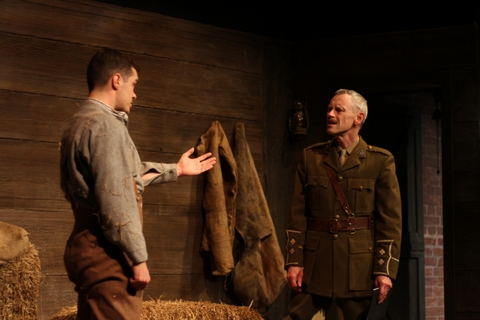 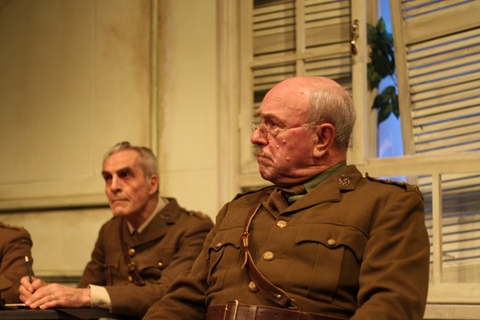 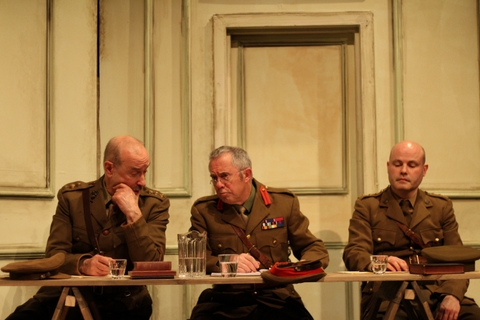 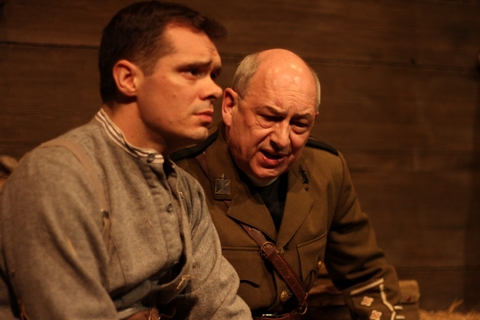 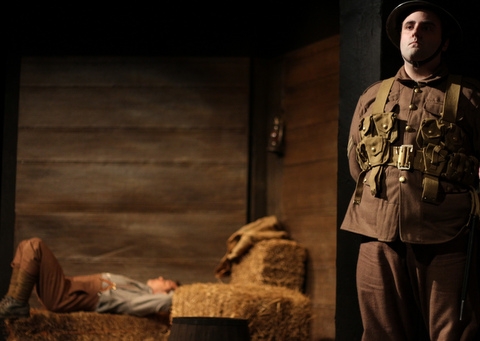 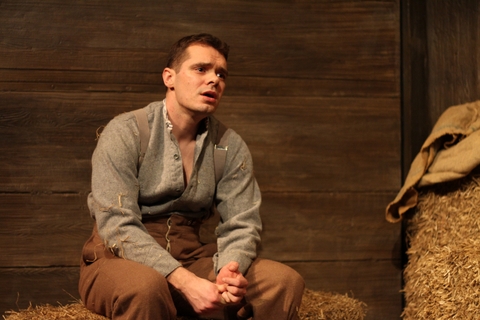 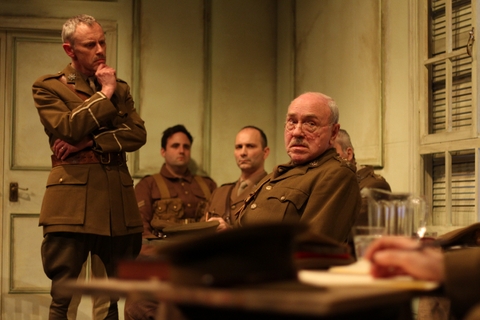 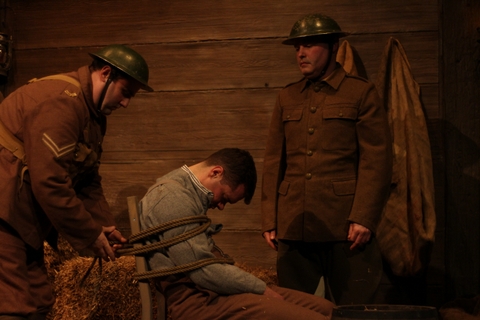 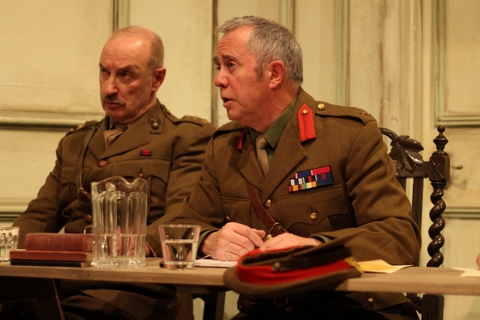 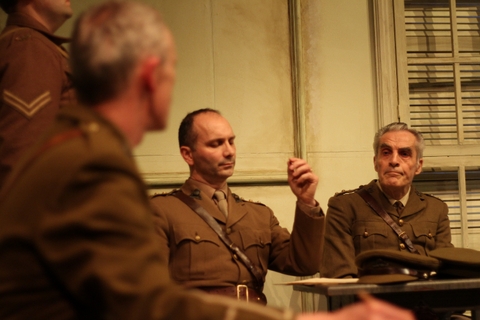 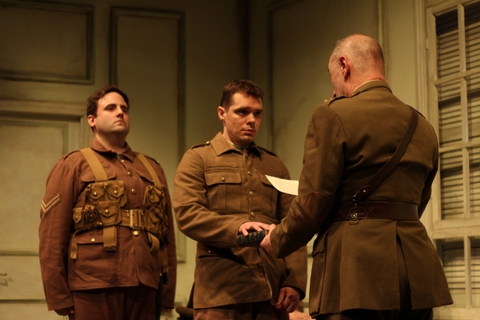 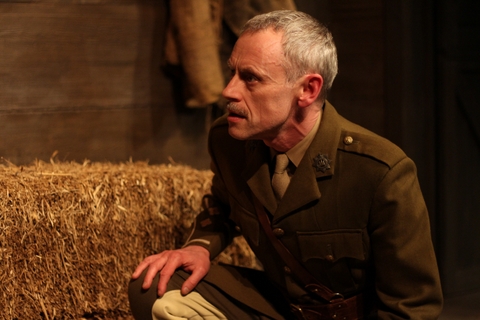 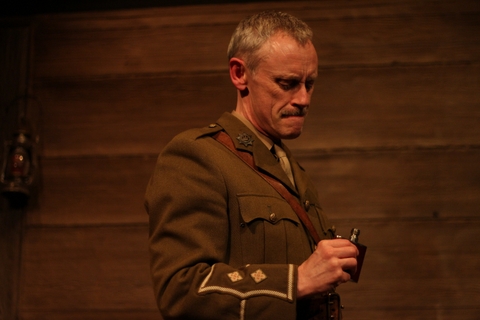 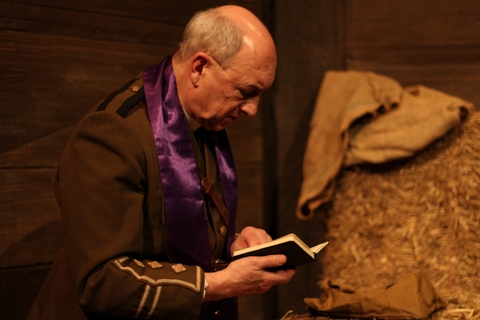 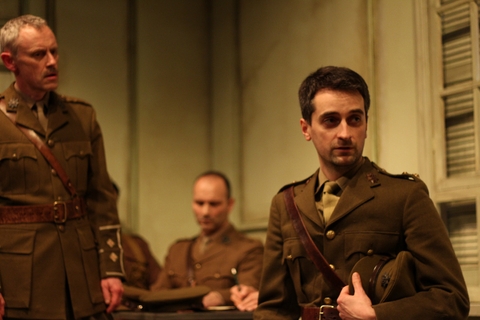 Catching the director’s eye as I left the theatre after the first performance of Hamp, he asked if I had enjoyed it. Enjoyed is not the word I chose for a review of this play with its dark content about court martials and firing squads at dawn, but I give the production full marks for the ability of the cast to interpret John Wilson’s erudite play and leave the audience, on my night, silent for long seconds after the final curtain fell.

Carrying the evolving story and the dilemma of the whole idea of killings ones own are Private Hamp who ‘deserted’ his line and Lt Hargreaves who is commanded to defend him at the ensuing court martial. In Graeme Aitken, the Players found a young man superbly able to interpret Hamp’s confusion and misplaced belief that the worst he would suffer would be a period in the ‘glass house’. Aitken’s unfaltering northern accent (acquired from his life up there) and the innocence he portrayed brought home the betrayal of so many of our young men sent to war. Efficient but with unavoidable emotions allowed to visibly creep in, Michael Cooke changed Hargreaves from part of the unquestioning army machine to a human being in uniform, trying the hardest he could to get Hamp to the Glass House rather than a final dawn.

More compassion for the feared outcome came from the corporal guarding Hamp with Joe Crisfield enacting all the smart salutes and deference to his senior officers whilst offering comradery and an almost fatherly effort to prepare Hamp for what he feared might well be the outcome of the trial.

Act II brought a move from the dingy dug out to a more salubrious room where the court is assembled. Peter French takes the floor as Capt Midgley for the prosecution, making it clear early on through both his words and body language that he brooks no cowards and, as a witness primed well by Hargreaves, Jon Allen brings compassion to Lt Webb.

Slightly confused evidence is brought to the court by Tony Dent as Capt O’Sullivan, enabling small rings to be run round his comments and there is regret from Tony Richardson as the Padre who wished he had given Hamp more time and attention.

The court room with Roger Dale as its President of the Court, plus guards and witnesses who are summoned, is imposing but the business is peremptory and the outcome is very clear very fast.

As the whole cast are in khaki, Berry Butler is to be commended for getting all the right uniforms for the right men and Ian Grayson praised for his ingenious set which allowed such a speedy move from court room back to cell.

The Company are to be congratulated on finding 12 actors to fill this all male cast, and their fine calibre. However, to Ian Grayson goes the biggest accolade, not only for his confidence that the play could be brought to life but for sending his audiences away with even more of a belief in the futility and unjustness of war – any war.