by Matthew Barber from the novel by Elizabeth von Arnim

A gently romantic story where, for a group of English ladies, a kind of peaceful content blossoms with the flowering of the wisteria adorning a beautiful Italian villa. Set just after World War One, it follows two bored and unhappy wives whose marriages to a solicitor and a writer are in weary decay. On impulse, the two ladies rent a villa in Italy and invite two other women to join them. Together, they come under the spell of the enchanted villa. When joined by their husbands at the end of their stay, they rediscover happiness and an unexpected touch of romance. A sweet and touching conclusion to a play about taking stock of life amid the beauty of nature. 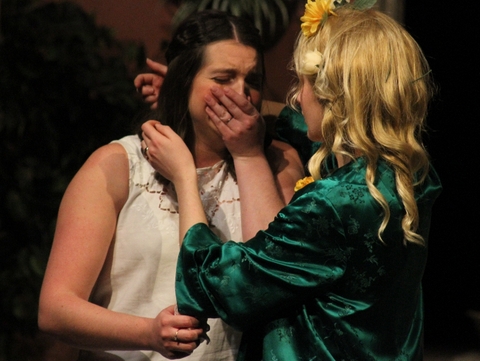 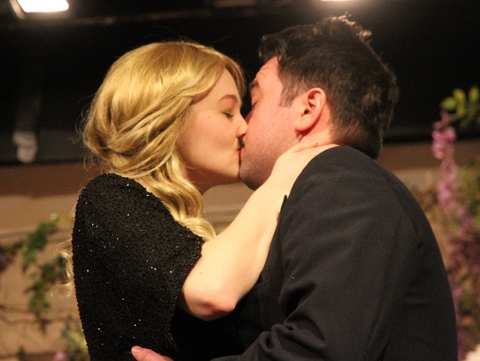 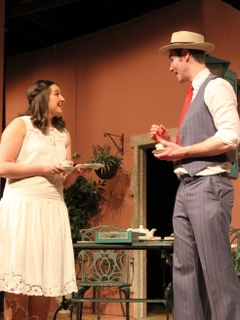 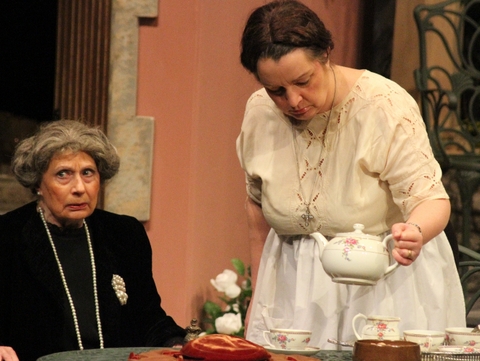 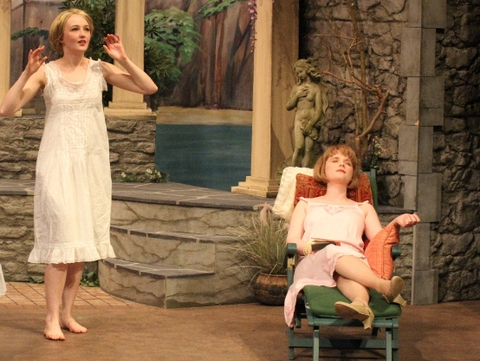 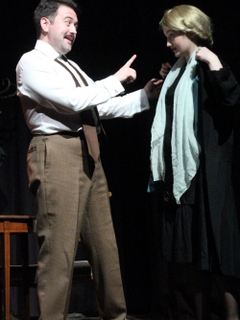 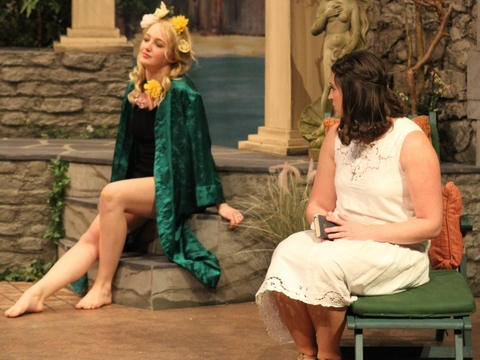 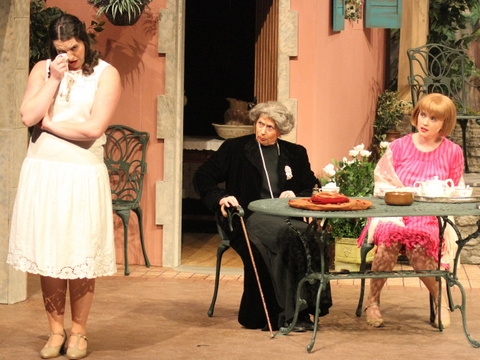 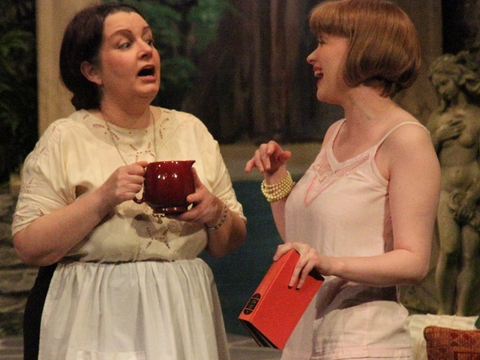 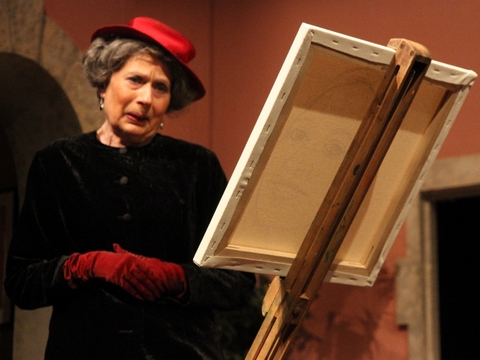 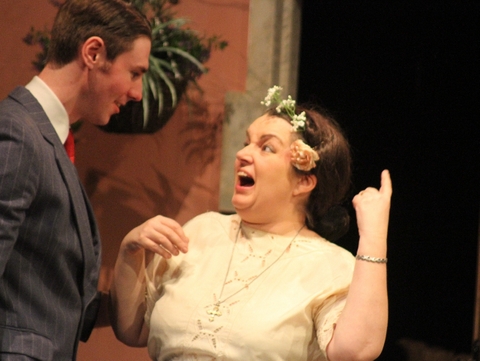 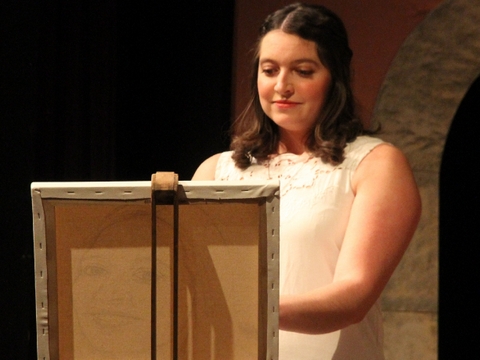 Coinciding with the 100th anniversary celebrations for the enfranchisement of some women, four of the women in this play were tussling with wanting, and achieving, their own freedoms, albeit each one had different aims.

Set after the end of World War I, both Lotty and Rose are very much under their husband’s respective thumbs but there is a Ladies Club to which each retreats and here, thanks to a tempting advertisement for renting an Italian villa for a month, things start to change.

Angharad Mair Davies made Lotty a dreamer with a steel determination whilst in contrast, Penny Parker’s Rose was the more downtrodden and only timidly fell in with Lotty’s plans to take up this rental. The roles certainly differentiated considerably, with Angharad’s Lotty using over-emphasised arm movements and body language to get her vision of warmth and wisteria across whilst Penny’s Rose would have halted the train journey and returned home, given the chance. Having established their characters, Lotty became even more intrepid once they had arrived and Rose bloomed into an almost different confident person.

To assist financially with the £60 rental, two other ladies were interviewed and joined them. Jen Allum making her mark as the predatory Caroline – self-assured, selfish and no team player. Elegant and languorous she spent much of her time making snide remarks from her lounger and was considerably at odds with the fourth member of the quartet, Mrs Graves, given a wonderfully dotty air by Nikki Packham who has these roles down to a tee.
Full marks go to Sandi Kirk as the Villa’s resident housekeeper, Costanza – a bullish family retainer entirely scripted in Italian, who made her disgruntled points clear, even with long sentences. The short words, delivered together with attitude, completed the picture.

More full marks go to Tony Dent and all those who brought his set design to life. Meriting a well-deserved round of applause when the Villa was revealed in Act II, it breathed sunshine, relaxation, colour, views and sophistication.

Anthony Wilding’s family owned the Villa and Chris Spear had to learn a considerable amount of Italian too, once he had travelled from London to Mezzgo to check how his tenants were faring. His appearance also transformed the grumpy Costanza who was overjoyed to see her ‘bambino’.

Inevitably, having planned to be ‘husband free’, both husbands are invited to come, causing a twist in the plot for Caroline. Jamie Heath as Frederick, married to Rose, is something of a roué, using his nom de plume as a cover whilst Adam Stevens as Lotty’s husband Mellersh was controlling and insistent. Both husbands made it apparent as to why their wives might seek a time away from them although, intriguingly, the script avoids relating how the escape was actually achieved. A further niggle with the script, for me, was the first morning at the Villa when Lotty and Rose appear in their nightdresses to find Mrs Graves and Caroline already ensconced – and appearing not to have discovered they were the last to arrive.

Costumes by Hannah Millsted-Bowdery and Jerri-Lee McManus were delightfully summery and of the period although I felt for poor Mrs Graves who had much heavier clothing, especially to do her ‘walk’ to buy supplies in the heat of the day.

In the chill of a February evening, to be transported to sunshine and flowers was most uplifting and director Peter Shore and his talented cast and set design, certainly brought a happy sunny tale to life.