Based on a real event which shocked America in 1924, the play tells how two privileged young men – Nathan Leopold and Richard Loeb – murdered a 14-year-old boy for no other reason than to prove they were superior beings above the law. They were not. Arrested, they came to trial in Chicago, charged with murder. As always, the courtroom provides rich drama. As the trial unfolds, it becomes the setting for an argument over the death penalty. The State wants the two young men hanged. Defending them is the renowned lawyer Clarence Darrow. Calling on the judge to take account of the two men’s mental state, he argues that hanging them would be a crime itself: that it is reasonable to hate the sin, but never the sinner. Altogether, a truly gripping account of a historic trial. 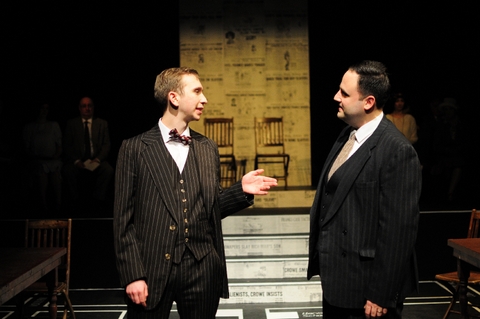 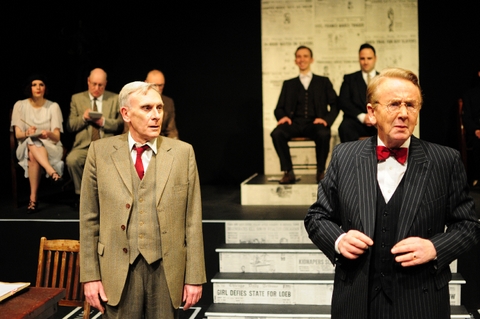 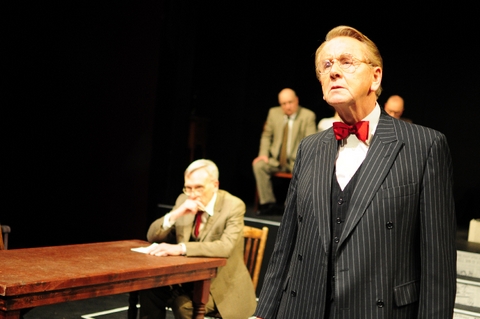 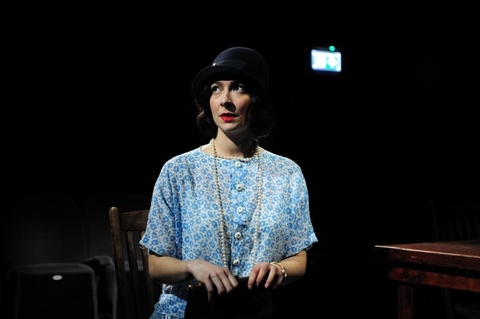 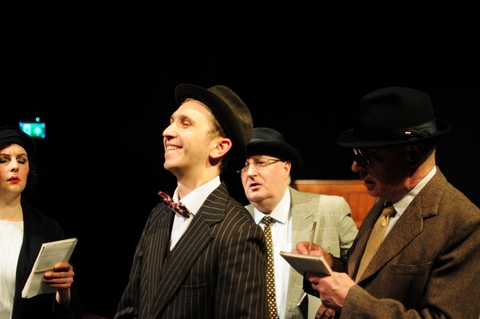 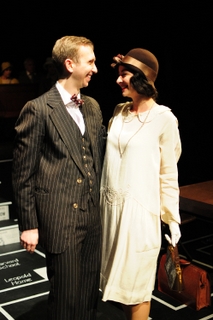 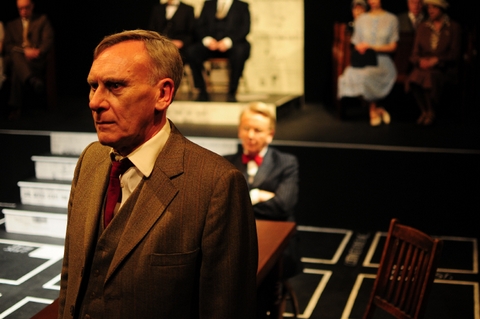 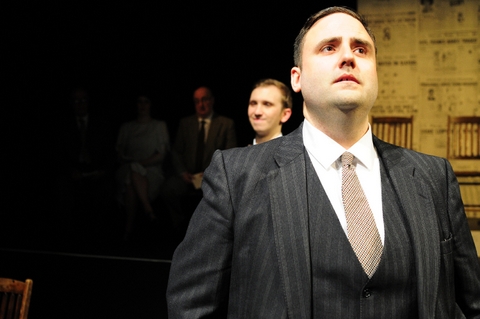 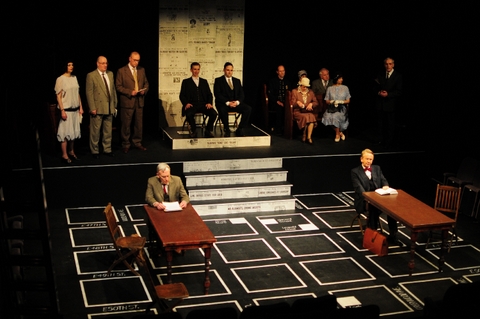 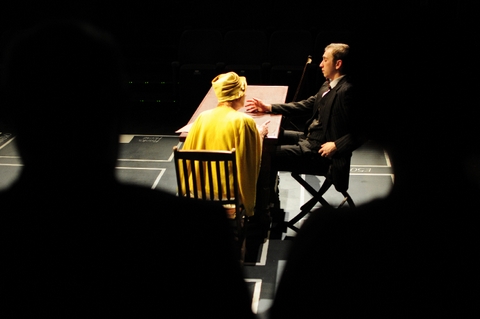 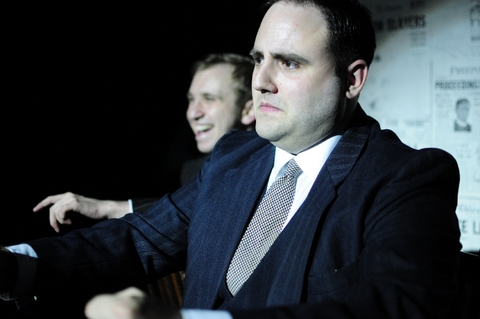 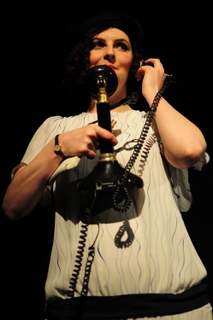 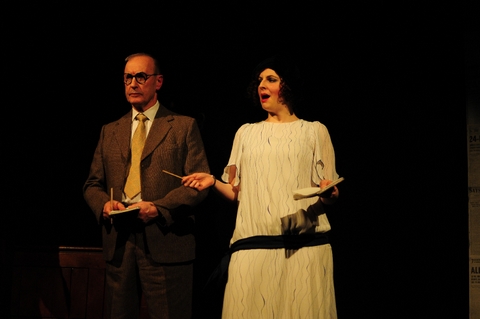 Intense and intensive, this courtroom drama had the added frisson of chronicling a true crime. Two young men, not yet 21 planned, over many months, to commit what they believed to be the perfect murder just, it transpired, for the thrill of it.

Nathan Leopold and Richard Loeb, both from Chicago and both highly intelligent, met at the University of Chicago and found a mutual, almost obsession, with crime.

John Logan’s play centres on the planning and execution of the murder, in May 1924, of 14 year old Bobby Franks, Loeb’s second cousin. Much investigative work followed and the simple slip of accidently dropping Leopold’s glasses near where they had hidden the body, led to their arrest and the ensuing long trial.

The presumptuousness of being untouchable, due to their intellect, and of being above the law, was immediately defined by Matt Stone as Loeb and Joe Crisfield as Leopold. Both were able to shed actual years to equate themselves to the younger men who were often referred to, during their trial, as ‘boys’. The play opens with a lengthy and well-delivered monologue given by Leopold using his huge fount of ornithological knowledge and it progresses in a series of short scenes, many of which are revealing flashbacks. Both actors imbued their characters with individual differences but were able to make their horrendous plan almost mundane. Their homosexual relationship was lightly touched upon and tastefully enacted.

Loeb’s wealthy family were able to hire Clarence Darrow as defence lawyer – a staunch opponent of capital punishment. Peter Damesick’s Darrow brought all the passion of these principles to the fore, dedicating long speeches to his beliefs.

Opposing him for the prosecution, Robert Crowe argued for the death penalty with Chester Stern showing Crowe’s anger and frustration, especially when Darrow, knowing the boys were guilty, changed their plea to guilty, thus removing the need for a jury who would almost certainly have had them hanged.

Complicating the boys’ attraction to one another, we met Germaine, ostensibly Loeb’s girlfriend with Sara Krunić vacillating between bubbly and petulance when Leopold wins Loeb’s attentions.

The court scenes are considerably enlivened by a barrage of reporters, each from different newspapers and each vying to be the first to update their readers on the trial. Steve Boxall, Gail Bishop and Chris Hearn all added to the hubbub, sensationalism and headlines of the trial.

Amongst over one hundred witnesses brought by the prosecution, three doctors interviewed Loeb and Leopold. Denise Scales gave acid certainty to her report as Dr White and Nikki Packham and Phil Wright went through the subliminal tests of the time. Mike Millsted’s Sgt Gortland created both comedy and a little bewilderment in the dock and David Ryland pronounced as the Court Bailiff.

Using both the stage and a horseshoe round, the set design by Gail Bishop echoed the trial’s newspaper headlines of the day, painted on stairs and a backdrop. Costumes by Berry Butler enhanced the 1920’s era.

Although the playwright’s script missed opportunities to reveal more – for example a ransom note was mentioned in the script but not fully explored, the play, with its expert cast, created significant angst. Was the verdict of life plus 99 years the right one? The audience were certainly discussing this on the way out.

Director Sheila Carr created reality and movement in what could have been a static production, with special commendation for the final scene in which Loeb and Leopold first meet at a party, and for generating considerable tension throughout the play.