“This is the saddest story I have ever heard...”

So begins Ford Madox Ford’s classic Edwardian story of love and deception. John Dowell, an American, looks back over a seemingly perfect time before the outbreak of the First World War, when he and his wife befriend a former British officer and his wife in a German health spa. The two couples meet annually over nine years, basking in the kind of golden existence that wealth and privilege bestow. Beneath the harmonious exterior, however, things are not what they seem. As John Dowell – and the audience – discover the truth, a whole world collapses... Julian Mitchell’s stage adaption was premiered at The Theatre Royal, Bath in 2010, following a memorable 1980’s film version starring Jeremy Brett and Robin Ellis. 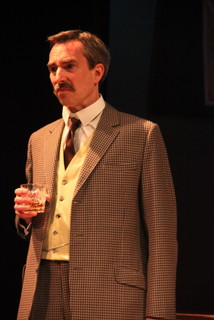 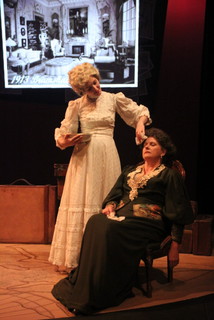 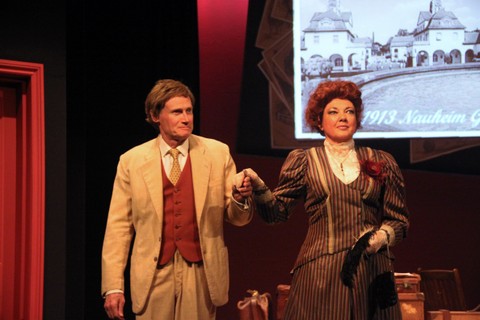 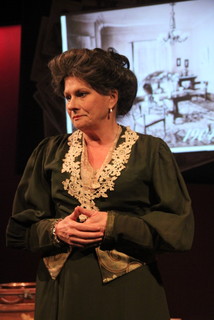 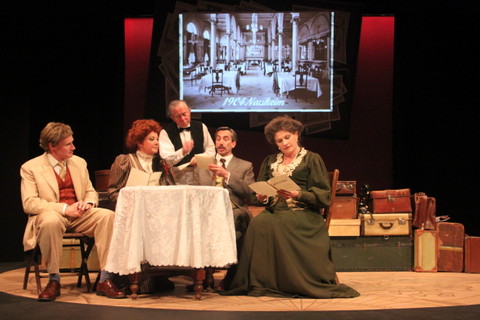 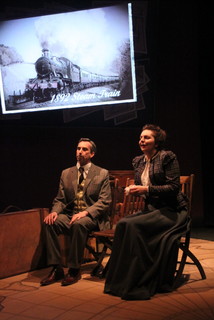 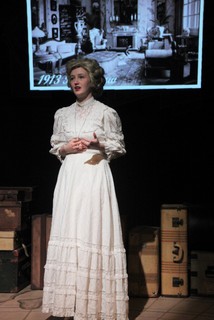 For those fortunate to be part of the upper class, the Edwardian Era dictated a certain way of living, both en famille, to one's spouse, to the servants and to ones friends.

Set in a time frame between 1895 and 1913, that moved, sometimes confusingly, both backward and forwards, the play centred around two married couples, the Americans John and Florence Dowell and the English Edward and Leonora Ashburnham. The couples meet at the spa town of Bad Nauheim in Germany and a long friendship ensues.

Act I relates events as they seem to be whilst Act II reveals truths about how things really are. Dealing with, in their very different ways, two strong women and the men, again different, with John taking the role of narrator of the tale and Edward revealing his vast capacity to philander, even when his wife knows of his adulteries. The tale is further complicated by the alleged bad heart conditions of both Florence and Edward and the financial demands of Edward’s mistresses. Keith Orton’s simple set makes full use of the Miller Centre’s enviable revolve and there are frequently-changing backdrop projections to depict the year and the venue which certainly hold the key to the time and place changes.

Sue Rider is the mainstay of the play. As Leonora she must condone her husband’s peccadillos, be sufficiently savvy to regenerate his frittered income, feign friendship with Florence who has a nine-year long affair with her husband and still profess to love him. It’s a grand performance, making the character believable with all its demands. As the fickle Edward, Richard Haslam plausibly avows he is besotted with one lady after another whilst still appreciating the managerial qualities of his wife. It transpires, sadly, that the person he loves most of all is his wife’s ward Nancy – a love which is reciprocated but which is denied. He, so as not to spoil her innocence and she because he is already married. Angharad Mair Davies delivers a young Nancy on the cusp of womanhood dictated to by Edwardian standards which underline her dilemma.

Russ Gregory and Catherine Wyncoll as Florence and John Dowell have the unenviable task of keeping up an American accent throughout. Russ Gregory takes the role of narrator in his stride and Catherine Wyncoll enthuses, gushes and deceives admirably as his amorous wife whose heart problems affect only the physical relationship she says she cannot have with her husband.

The strong cast is augmented by Roger Dale and Gail Bishop, who personify a series of different characters involved in the tale, each of them using a diverse number of costumes, accents and characterisation and all the cast were aptly costumed by Berry Butler as Wardrobe Mistress.

Interestingly, the events centre so much on affairs and actions of the heart, that there isn’t even a hint of the carnage that is to come on the world stage.

The play, which is based on the book of the same name by Ford Madox Ford, was called by its author, The Saddest Story, but the publisher changed the title after the onset of World War I.

This adaptation by Julian Mitchell was directed with a considerable ability to clarify both the characters and the changing times zones, by Jacquelyn Wynter