This play by French playwright Florian Zeller premiered in September 2012 and won the 2014 Molière Award for Best Play. Translated into English by Christopher Hampton, the play gained widespread critical acclaim when it premiered as The Father at Bath’s Theatre Royal in 2014, followed by two runs in the West End. It starred Kenneth Cranham in the lead role, winning him the 2016 Olivier Award for Best Actor in a Play.
Andre is a man facing persecution from all sides. First some girl, a “helper” - whom he doesn’t need at all - steals his favourite watch. Then his daughter Anne tries to take his flat away and Anne’s husband (or lover) Pierre, is not at all sympathetic. To top it off, strangers keep entering Andre’s flat, telling him that they are his friends and family. However aged he may be, Andre knows that he is a powerful man, a man of authority. After all, he still has all his faculties... doesn’t he?
A darkly humorous and deeply poignant play, The Father is a tragi-comic mystery, and an unsentimental, emotionally intense look at the world through the eyes of a man experiencing memory loss. 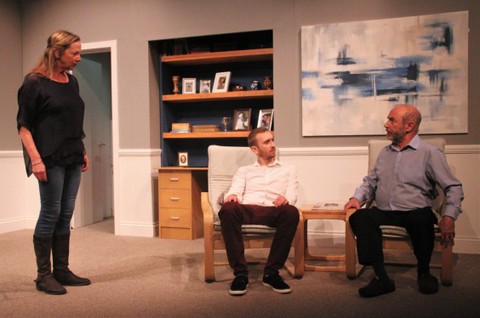 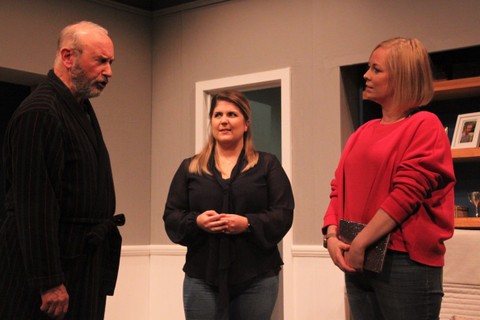 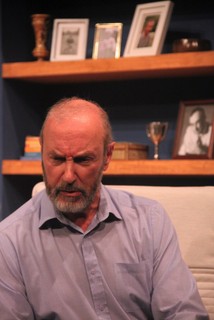 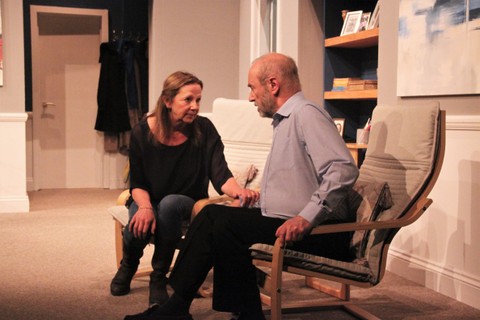 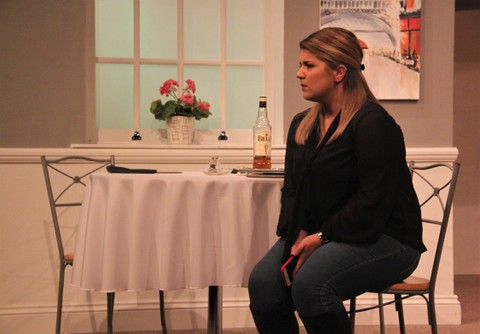 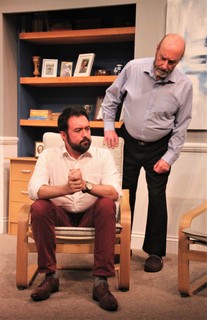 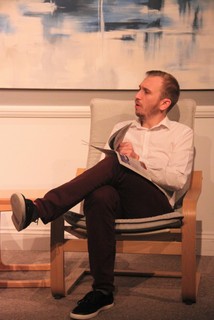 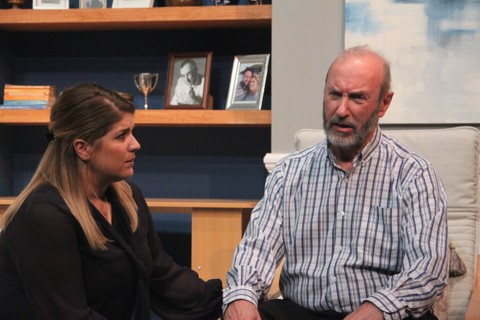 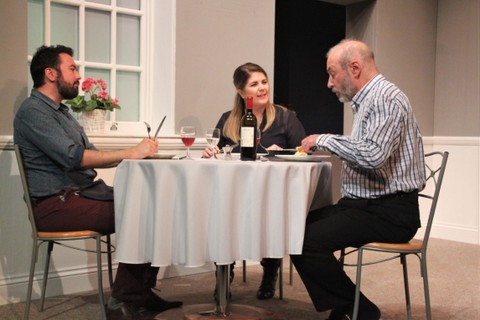 Playwright Florian Zeller created a play which not only revealed an elderly man’s confusion with his memory, with the sequence of events and with the people in his life but relayed that same confusion to the audience in a highly skilled manner.

Equally skilled, Chris Hearn who played the central character Andre, imparted a determination that he was fine and could look after himself in his Paris flat, whilst it was quite obvious from the state of his mind, that he couldn’t. Scenes and people were juggled about, as experienced by him, allowing us, the audience, to have some understanding of the way he was seeing things - his daughter, the carers he didn’t like or want, the men in his daughter’s life, his second daughter whom he longed to see and a timescale that he (and we) saw as random. There was anger from Andre who argued that events which had occurred some time ago happened just yesterday. Julia Rogers conveyed a mix of empathy and frustration as his caring and dutiful daughter Anne who had her patience tried to distraction trying to fathom her father’s mental leaps. She is due to move to London to live with ‘the man she loves’ and is trying hard to leave her father in good hands.

There is comedy as Andre tries to impress the prospective new carer, Laura, by telling her he used to be a tap dancer. Another time, he claimed to be a circus entertainer - both times amazing Anne! Lucy Auva’s Laura was gentle and understanding although Andre mocked her for speaking to him like an infant as she tried to get him to take his ‘little blue pill’.

There is doubling up, either in Andre’s mind or in reality with another carer and the kindly hospital nurse, Martine, played by Sally Bosman, who exuded concern and an affectionate understanding of Andre as he lay in his hospital bed.

The two men in Anne’s life both added to the confusion with Matthew Stone appearing as the strange man in what Andre believes to be his flat whilst Adam Stevens as the more threatening Pierre is fed up with the hold Andre has over his daughter’s concern.

Furniture comes and goes on and off Keith Orton’s simplistic set, representing different flats but always, in Andre’s mind, his own, which he loves. Clever construction allowed the removal of a large bookcase through which to bring the hospital bed in which Andre, sadly, dies.

Adding hugely to the mind teasing scenes is the repeated phrase of music which binds them all together. Adroitly chosen, it added its own atmosphere of uncertainty.

The play, which was translated by Christopher Hampton, incurs a feeling of despondency and sadness, to the credit of the cast and only to be expected of a play with such a theme. There are lighter moments but the underlying premise of encroaching dementia is a subject all too familiar.

The production was directed with great care and understanding by Iain McGrath. He was well served by a very talented cast who, with all the time changes, back and forth, were never fazed by the almost repeated events and who built the mental story with expertise.