4 mini-plays from one of America’s greatest comic playwrights, all set in the same room of a London hotel. An inebriated Welsh writer who has a score to settle with his crooked business manager. A daughter who sends her widowed mother out on a date with a Scotsman on their last night in the city. A bittersweet reunion between divorcees Diana and Sidney. A couple who’ve misplaced their Wimbledon tickets and are having difficulties in giving up their room to a celebrity who needs it immediately. 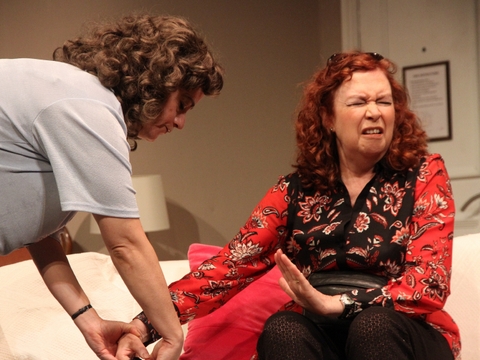 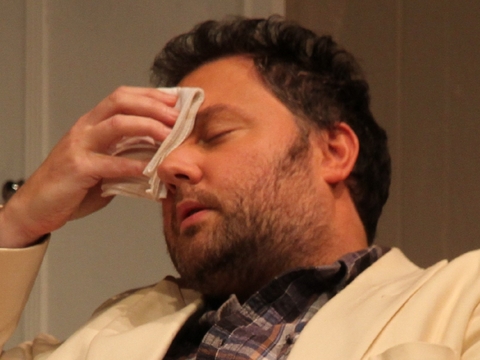 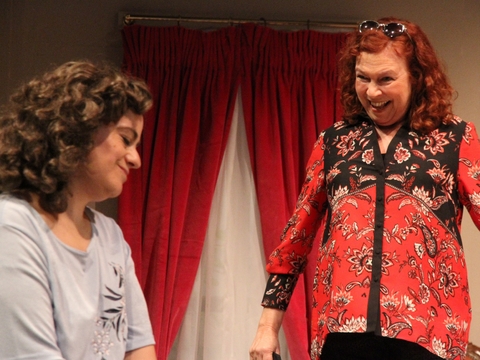 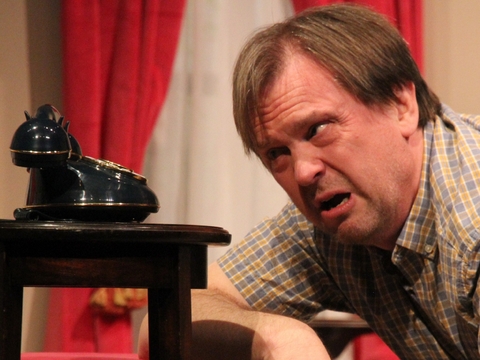 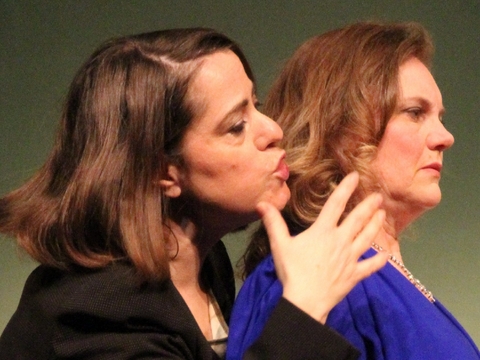 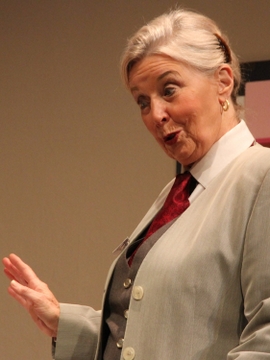 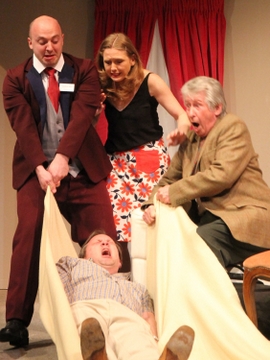 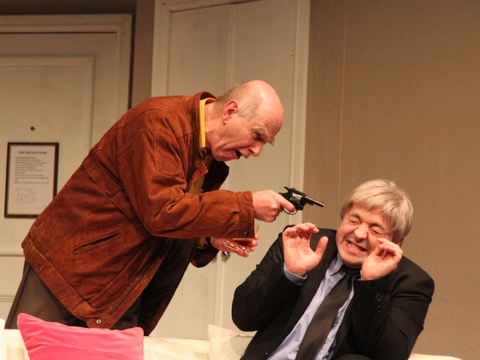 Building on his very successful and much lauded theme of a set of playlets all taking place within the same hotel suite, set at different times and with different characters, Neil Simon’s London Suite is the last of his Suite trilogy.

The four vignettes , dealing with very diverse situations, are full of his verbal wit and opportunities for comedy, both of which was clearly revealed by the cast.

In Settling Accounts and sustaining an excellent welsh accent, John Shepherd brought out the desperation, irony and, eventual one upmanship of Brian, a novelist, who held his agent to ransom for stealing all his savings. Jay Rolfe as the agent Billy, with growing desperations, moved through a variety of implausible explanations as to why he had emptied Brian’s account, but the coup de grace was expertly delivered and the somewhat restrained movement of a man at gun point well plotted.

In Going Home, mother Sheryl and daughter Lauren are up in town on a shopping trip, as very clearly evidenced by the many bags from posh shops carried in by Sheryl. There is an invitation for Sheryl to go on a date, and Anne Gregory in the role brought all the hesitation and concern to this proposal whilst Susan Marinakis as Lauren did her best to encourage her. A believable mother and daughter, the pair brought a realistic relationship to life in what was, maybe, the weakest plot of the quartet.

Diana and Sidney relived a relationship aired in California Suite, the middle of the Suite trilogy written in 1976. Once married, the successful and wealthy Diana prepared for a visit from Sidney, who is after financial help for his male partner’s medical expenses. Andrea Unwin brought all the nervous fluttering to Diana, concerned about her looks; her dress; her reactions, whilst Peter Calver’s Sidney was charm and persuasiveness, mixed with a tinge of nostalgia for how things used to be. Diana has an ally in her assistant, Grace (Susan Marinakis in her second role) who does her best to boost Diana’s jittery resolve.

Anyone who has ever experienced that awful moment of twinge resulting in a very bad back could heartily identify with The Man On The Floor. Mark and Annie arrived in the suite looking forward to enjoying their hard won seats at Wimbledon but the room is turned upside down to try and find them. Julie Anderson’s Annie is all urgency and panic who eventually goes off to get a restorative cup of tea leaving Chris Hannigan as Mark to continue searching. In bending down (such a familiar movement) his back goes. I must believe that Chris Hannigan has either experienced or otherwise closely witnessed this problem as all his comic actions and movements endorse this. An added complication is the arrival of Mrs Sitgood from the hotel, telling them that owing to the hotel’s administrative error they must move to another suite, as theirs has been booked by Kevin Costner. Morven Rae brought hotel PR skills and reassurance to the move and quickly summoned a ‘back doctor’ to restore Mark. Reg Anderson, well known on stage for his expertise is comedy and farce thus arrived as Dr McMerlin and, with the help of the Bellman (Jay Rolfe once again) attempts to rectify the problem. With the injured party hauled from one room to another on a blanket, chaos inevitably ensues. The Wimbledon tickets were revealed to have been in Annie’s handbag all along, but do the couple ever make it to the court?

The set design by Tony Dent is of a normal upper-stars hotel room, missing perhaps any identification of its location through the view from the window and wardrobe by Denise Scales is well observed.

The combination of comedy, angst and recognisable situations all combined to deliver a light-hearted evening of amusement and fun down in no small part to the direction by Ian Brown and his fortune in having such a capable and talented cast.