The God of Carnage

What happens when two sets of parents meet up to deal with the unruly behaviour of their children? A calm and rational debate between grown-ups about the need to teach kids how to behave properly? Or a hysterical night of name-calling, tantrums and tears before bedtime? Boys will be boys, but the adults are usually worse – much worse. Christopher Hampton's translation of Yasmina Reza's sharp-edged play The God of Carnage premiered at the Gielgud Theatre, London, in March 2008. 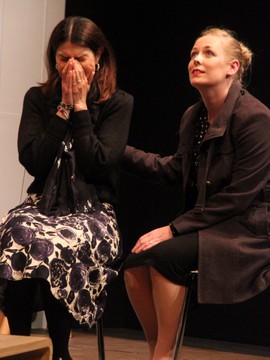 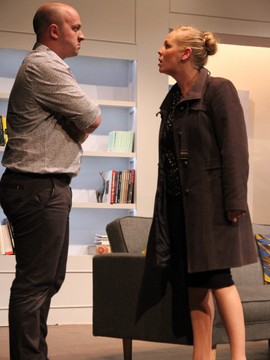 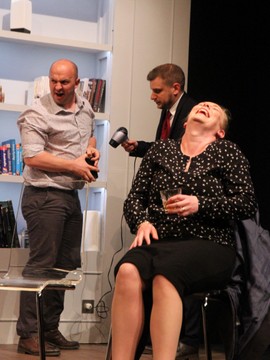 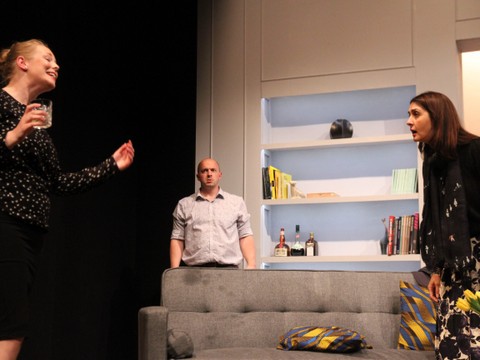 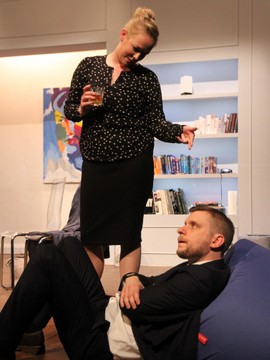 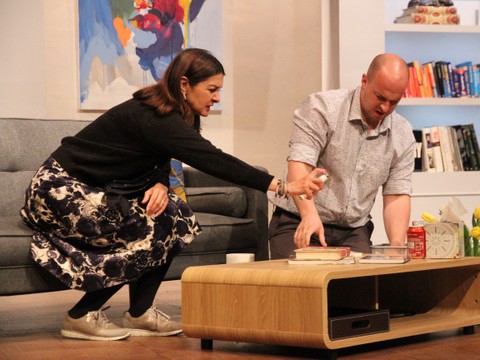 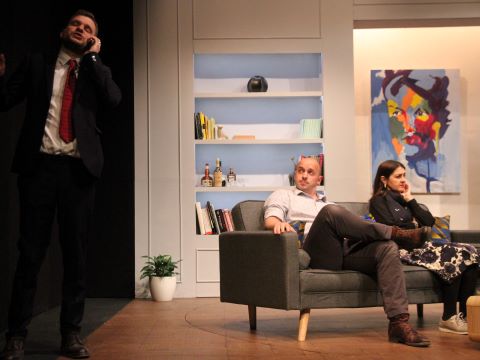 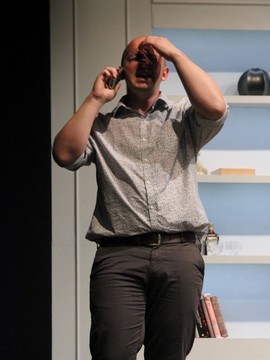 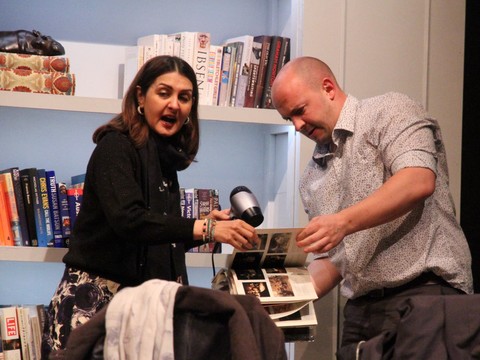 Knowing the characters in this play, it was certain that the role of Alain was going to be a treat when the programme divulged that Robin Clark was to play him. A lawyer and constantly giving directions on his mobile to his staff and his press office, under duress from his wife he had agreed to visit the parents of a boy whom his son has hit with a stick, causing the loss of two teeth. The role required fast but clear delivery of the conversations with work and a certain amount of mania to deal with these and the family problem he is there to discuss. Demands with which Clark is very familiar. Such a good performance.

In Paris and entering the elegant drawing room of Véronique and Michel Vallon’s home, Alain and Annette Reille cautiously arrive to discuss their 11-year-old son Ferdinand’s attack on the Vallon’s 11-year-old son Bruno.

Dilnaaz Kazi brought frosty charm to Véronique - initially polite but determined to make sure the Reilles were aware of the physical damage done to Bruno. Another complex performance here as her icy calm turns to fury, directed not at her visitors, but at the husband who, he soon revealed, isn’t really that bothered about the boys’ scrap. Moving from analysing the event, through a hostess providing coffee and a home-made clafoutis for her guests, to a screaming melt down, brought considerable demands, all well delivered.

Jay Rolfe was her more easy-going husband Michel. He was obviously rather proud of his son who, it transpired, was the leader of a gang which Ferdinand was not allowed to join. When reminiscing about his own youth, Rolfe clearly brought out Michel’s delight with his son’s enterprise. Probably the least erudite of the four adults, Michel disclosed his work as successful wholesaler of pots and pans. His idea to introduce snifters of rum into the proceedings increased the cracks beginning to be revealed in both marriages, as the discussions soon left the original parley behind.

It was Alain’s wife Annette who slowly imbibed the rum, demanding that Lucy Auva, playing her, got slowly and gracefully drunk - so well performed. Prior to this, it had been Annette who had caused a considerable upset by throwing up all over the coffee table and spoiling Véronique’s valuable books. This whole incident was most amusingly directed by Natalie Jones, whose skill also moved her cast around the set without it looking in the least contrived.

As the initial polite veneer dwindled, the play brought feminine solidarity to the fore as well as the camaraderie of the two men - this, after a variety of harsh words and actions took place between the four. Emboldened, Annette finally rid the scene of that annoying mobile by snatching it from her husband and dunking it in the vase of yellow tulips, specially bought for the occasion.

Director Natalie Jones had also designed the clutter-free set with assistance from Keith Orton, the highlight of which was a huge canvas in the hallway, painted by Jenny Kingman. This depicted a slightly hidden lady’s face which, to my eyes, was full of charm but had relevant cynicism around the bright red lips.

Billed as ‘a comedy of manners - without the manners’ the cast and director brought the best out of a script full of fun, revelations and events some of which were sometimes just a little too close to real life for comfort!