by Stephen Sondheim and Hugh Wheeler

Sondheim's 1973 musical, based on the Ingmar Bergman film Smiles of a Summer Night, follows aging actress Desiree Armfeldt, her mother Madame Armfeldt, and a series of interwoven love affairs during one eventful weekend in the country. Famously includes the song Send In The Clowns. 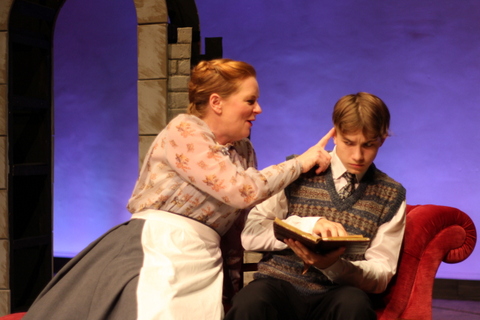 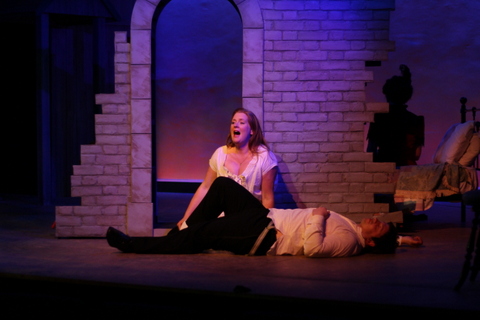 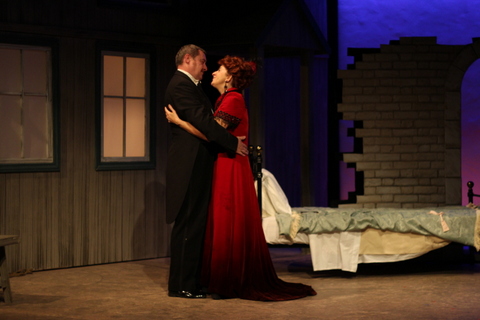 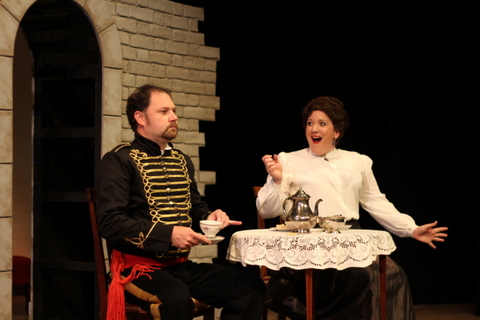 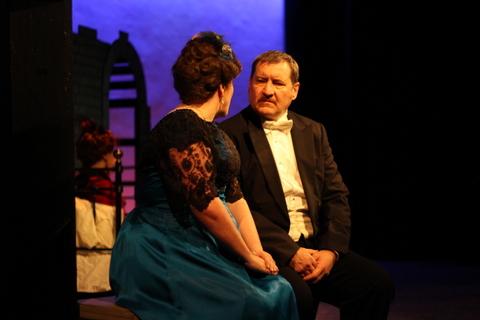 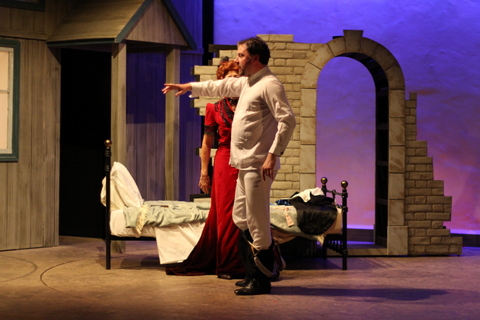 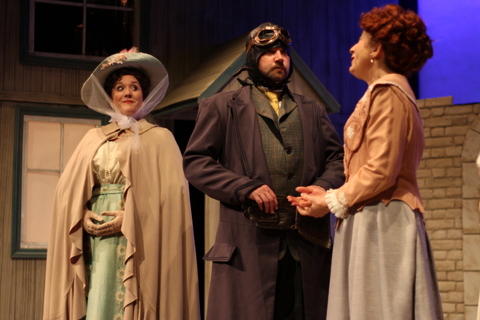 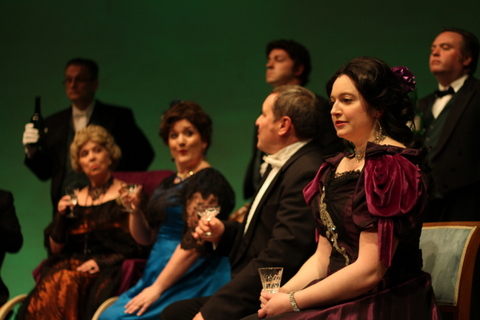 There is no doubt about it - Stephen Sondheim’s music is not the easiest to sing, which is probably why this charming piece is infrequently on the ‘to do’ list of amateurs.However, fortunately for the Miller Centre audiences, director Morven Rae had nursed a hankering to bring it to the stage and, having gathered a sterling cast; musical director Robert Randall; movement director Tamsin Reeve and set design by Ziggi Szafranski about her, this treat made it to the Caterham stage.

Whatever one thinks of Sondheim’s time signatures, with melody not necessarily a priority, he uses his lyrics joyously - they reveal emotions, hopes, dreams and, certainly in this case, the past. Every single member of the cast responsible for delivering these lyrics did so with great accuracy and clarity, making sure that none of the story told within them was missed. Basically it is a story of love. Loves old and new, loves unrequited, loves remembered, and in Petra the maid’s case, love just for the fun of it. Happily, after a variety of revelations, a duel, reminiscences and some impressive musical delivery, there is a ‘happy ever after’ ending - even for the wheelchair-bound Madame Armfeldt who dies gracefully in her chair as the curtain falls.

Married to a very young bride, the older Fredrik Egerman is still trying to bring his wife Anne’s virginity to an end - after eleven months of marriage. Still seduced by jewellery and dresses, she finds every excuse to remain one. Mike Mackenzie and Penny Parker create believability here - he as a gentle if frustrated husband and she as a flibbertigibbet of a wife. Complications ensue however as Henrik, the son from Fredrik’s first marriage who is older than his step mother, is in love with her, fighting to keep his feelings at bay as he studies for the priesthood. Grzegorz Todryk underscored his melancholy by miming beautifully to a ello piece, until his feelings finally got the better of him and he tried, unsuccessfully to end his life.

Desirée Armfeldt, Madame Armfeldt’s daughter, is an actress and one-time lover of Fredrik. Her touring show brings her into Fredrik’s vicinity and, unbeknown to Anne, he visits her. Karen Rapps’ Desirée combines mischief, comedy, yearning and ennui. The scene of their re-encounter has wonderful comic touches as Fredrik’s presence, in a dressing gown, is explained to Desirée’s current lover, the obnoxious Count Carl-Magnus. Peter Calver exudes anger and self-aggrandisement as the Count with more comedy ensuing as he explains his outrage at his mistress’ actions to his long-suffering wife Charlotte. More amusement here from Katy Reid as Charlotte, just about able to contain her fury and later, being slightly tipsy, to carry out a planned revenge. Advocating an attitude of free love, Anne’s maid Petra, saucily played by Fiona Robertson, has a few fleeting amorous moments culminating in a liaison with Madame Armfeldt’s butler Frid - Jay Rolfe delivering more action here, than words. The destiny of many of the characters is decided following an invitation from Madame to visit her home for a country weekend. It is here that Fredrik meets young Fredrika, Desirée’s daughter, cared for by her Grandmother. Whose child could she be? There are touching scenes between Christine Bower as Madame and Molly Baker as an impressive Fredrika, who adds to her acting skills with a charming singing voice. In grand tradition, there is the equivalent of a Greek chorus of five, all in splendid voice, who sing of events past and present and add information where appropriate. Interspersed throughout the piece, they are Keith Robertshaw, Simon Church, Harriett Jackson, Jenny Roe and Sarah Coldwell.

Nikki Packham and Mark Todryk are servants and Jacquelyn Wynter is maid to Desirée. All the music is impressively sung, albeit that a judicious cutting of some verses might have been beneficial There are comedy duets like It Would Have Been Wonderful and You Must Meet My Wife; Petra’s lively surmise on whom she might marry in The Miller’s Son; the sad Every Day a Little Death from Charlotte and Anne; the rousing A Weekend in the Country by the whole company and the superb delivery of one of the show’s most well-known songs, Send in the Clowns, with Karen Rapps as Desirée revealing how the words make such sense when heard in the context of the story.

The complex number of scenes flowed seamlessly, the costumes by Berry Butler and Nigel Kemp were elegant and luxurious, the band under MD Robert Randall unseen but first-rate, and for director Morven Rae - an impressive achievement which is a real feather in her cap as reflected in the tall plumes in the show’s wonderful stage hats created by Mike Bell - outstanding,