The Lady In The Van

In 1974, Alan Bennett encountered Miss Mary Shepherd, a dotty and very smelly old eccentric living in a van in the street near his home in Camden. He allowed her to park her unroadworthy van in his garden but the intended three months' stay stretched to fifteen years. With social workers, neighbours, dried faeces and a succession of vans to contend with, Alan Bennett recorded the events and subsequently produced a funny and moving dramatization of his memoir. This is the bittersweet comic diary of those years, from one of the nation's best-loved playwrights. 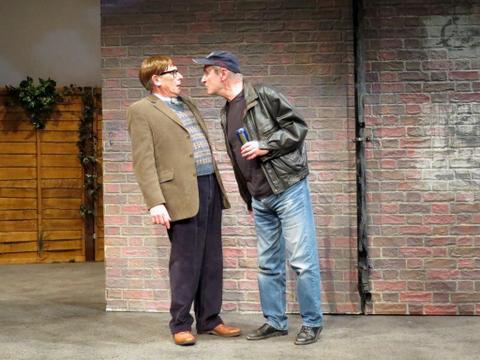 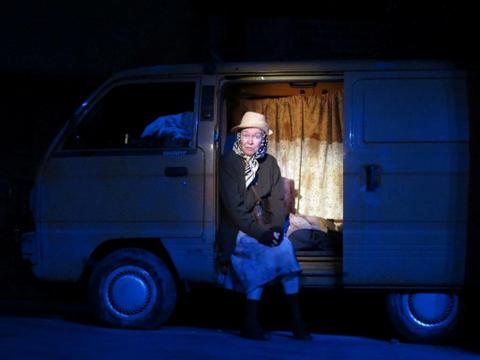 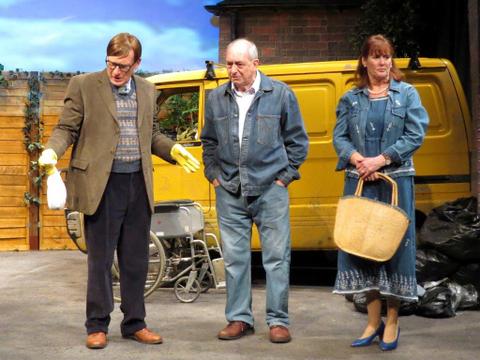 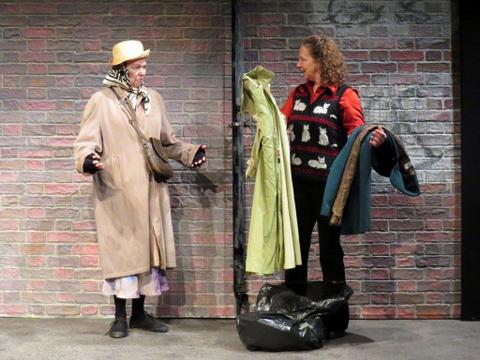 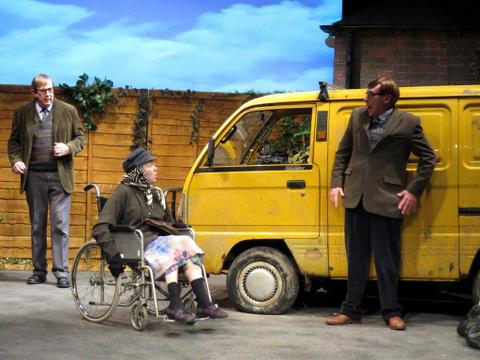 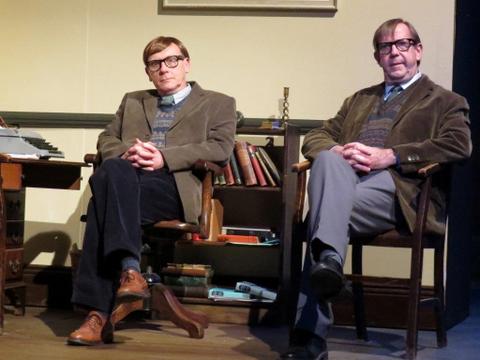 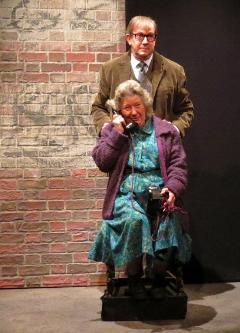 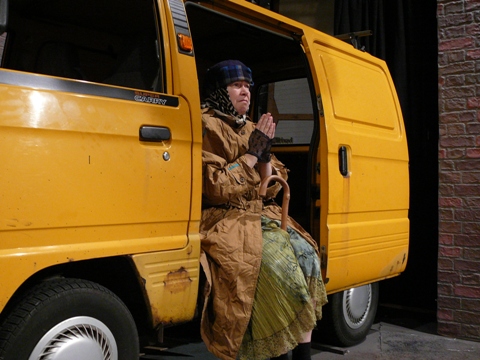 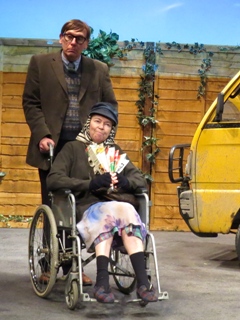 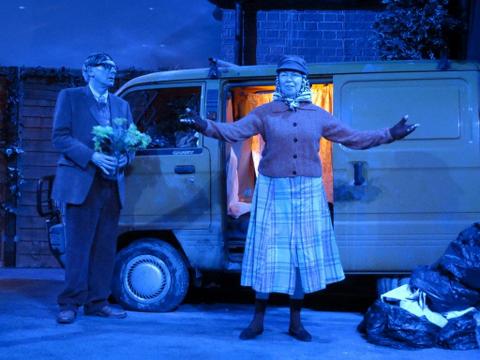 First, find your van and devise a way to get it on stage - surely a task which would faze most amateurs. Not so the team who achieved this feat at the Miller Centre, to whom huge congratulations are due. The second brave thing about this production was mounting it so very soon after the festive season with the first night on the 2nd of January. Here again, they came up trumps with the show ready to roll for its capacity audiences.

Playwright Alan Bennett puts both his younger and older self into the script to tell this true story and Peter Damesick and Charlie Crowther-Smith wove the tale together, both with the accent well in place and both looking uncannily like the author.

To Anne Gregory goes the plaudit of creating the demanding, batty health hazard that was Miss Shepherd. With many lines and a real character to build, she brought out Miss Shepherd's crazy thinking whilst delivering information which smacked of her obvious education and an intriguing past which is never fully revealed. Carole Lane and Tony Richardson are the rather insipidly-scripted neighbours, Pauline and Rufus, who make periodic appearances with helpful suggestions, as long as it doesn't actually involve them doing anything to really help. Alan Bennett's Mam has had so many outings in his work that there is already a strong picture of her in our minds. Sheila Neale did a grand job of bringing her to life in just the way I, for one, had imagined her.

There is a 'do-good' social worker with Sally Bosman bringing out all the right vibes of doing her best for Miss Shepherd. Tony Neale popped on and off as the rather strange Underwood. Phil Wright brought believability both as Mam's Doctor and Leo Fairchild and David Ryland had the tricky task of trying to do the best for Miss Shepherd, as her Doctor. Small cameo roles were played by Chris Hearn - as a convincing lout (in what I thought an un-necessarily written role), and as an excellent ambulance man.

I felt the play flagged a little in Act II as, by then, most of the story had been told. However, congratulations to the director, Ian Grayson, and all his cast for what has to be a major achievement for this theatre company.