Sidney Bruhl, a world famous thriller playwright, has been suffering from writers' block for eighteen months. When he receives a script in the post from Clifford Anderson, an unknown playwright, Sidney can see that it is the perfect thriller and he plots with his reluctant wife Myra to pass off the script as his own. When Clifford arrives to discuss his play things take a sinister turn. The series of shocking events that follow will have you gasping in disbelief. 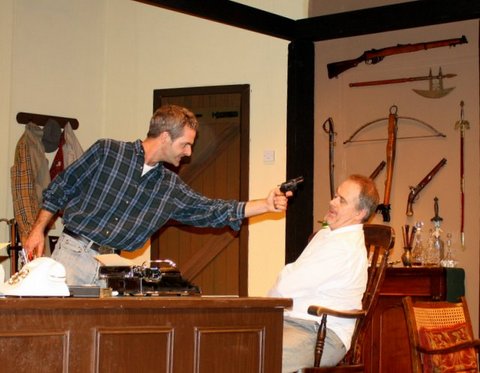 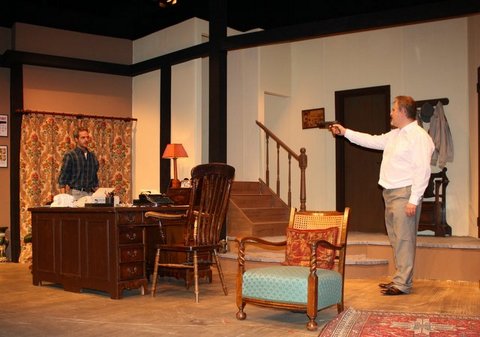 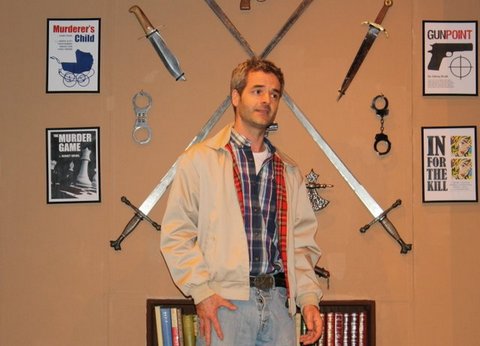 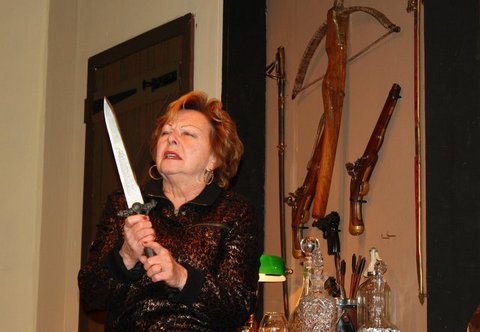 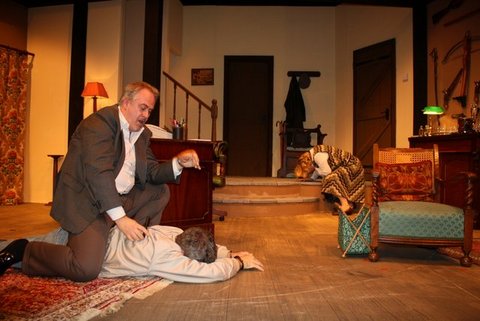 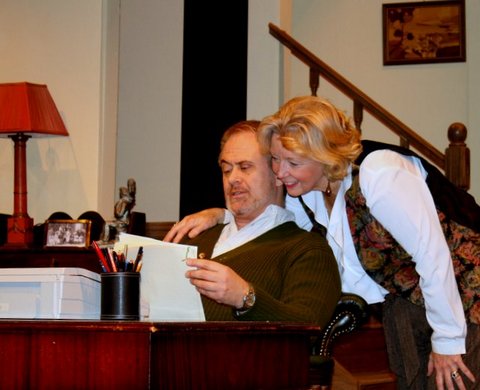 With more twists and turns than a corkscrew, the heart-stopping moments, of which there are a good few, were enhanced, as if we needed more, by scary music - a device borrowed, perhaps, from Hitchcock and very effective.

In a production requiring accents, the American interpretations were well sustained and an excellent contrast to the halting English of Helga Ten Dorp, as the world-renowned European psychic and eccentric.

A very strong cast was led by Mark Pendry as author with writer’s block, Sidney Bruhl. This huge part demanded the lion’s share of the lines and being on stage almost throughout - in all the guises the script required of him. In whichever personae, he created believability, adding much to the unexpected turns of events. Thinking she knows her husband well, Morven Rae added more tension as his wife Myra; their scenes together building their marital harmony. Whereas both these actors are very well versed in stagecraft, Jonathan Hill taking the equally demanding role of Clifford Anderson, is not. Barring one line in another production, this was his first major role on stage yet he gave Anderson all the credulity required of a schemer and, along with Bruhl, had the audience admirably fooled.

In creating the character of Helga ten Dorp, playwright Ira Levin might well have been influenced by Blithe Spirit’s  Madame Arcarti, so zany is her role,  with Margaret Hey making much of her gloom and doom. However, she lightened the end of the play in a final scene which seemed oddly out of keeping with the rest of the production yet was probably put in by Levin to bring a smile at the end of such a disturbing tale.

A small, but important role is that of Bruhl’s lawyer, Porter Milgrim to whom Keith Orton brought a good mix of gravitas and humour, again rather coming into his own in that final scene with Helga.

Many references within the script refer to weapons used by Bruhl in his various successful thrillers and the set, spaciously designed by Tony Dent with decor by Carole Lane, reflected this, with two of the walls displaying a variety of armoury. The Partner Desk, howsoever created, was impressive and the fights, choreographed by Zachary Street, realistic. To director Chris Hearn goes the accolade of drawing every ounce of suspense from this thriller which, although doubtfully fun to rehearse, did both him and his cast proud.