The Picture of Dorian Gray

by Oscar Wilde in a new adaptation by Neil Bartlett

As London slides from one century into the next, a young man is cursed with the uncanny ability to remain both young and beautiful while descending into a life of heartless debauchery. With its glittering dialogue, provocative imagery and radical questioning of sexual and moral freedoms all brought sharply into focus by this brand-new adaptation, Oscar Wilde's infamous parable has lost none of its power to provoke and disturb.

Using Wilde's original words, adaptor Neil Bartlett has brought his trademark theatricality to this black-hearted tale, which was commissioned by, and first produced, at the Abbey Theatre, Dublin, in the Autumn of 2012. 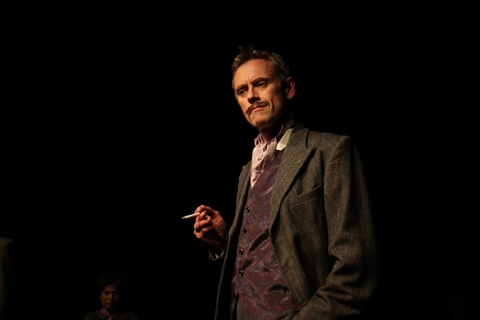 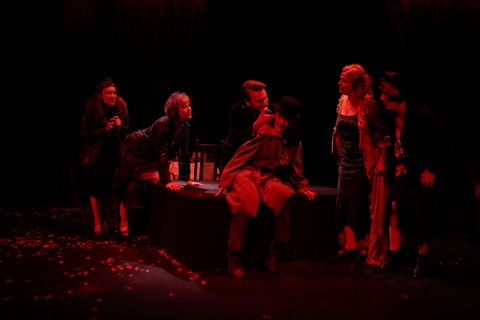 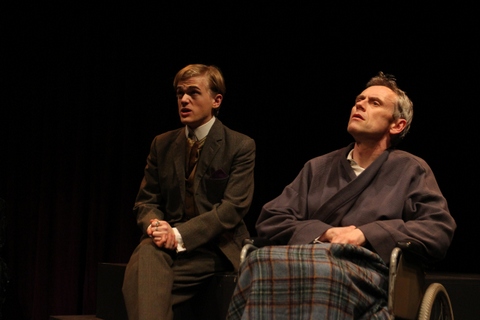 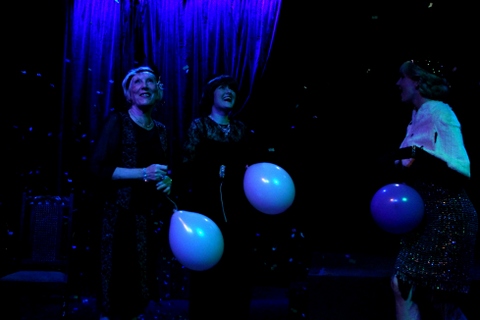 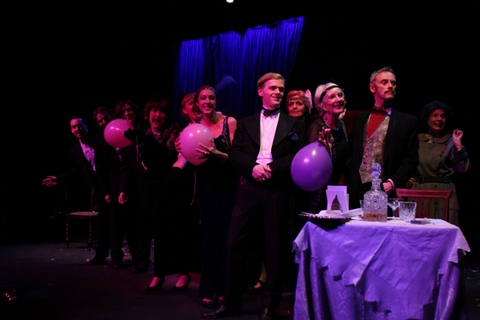 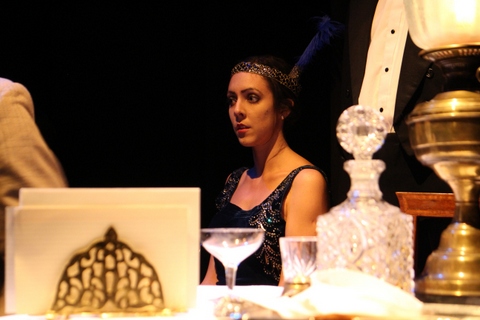 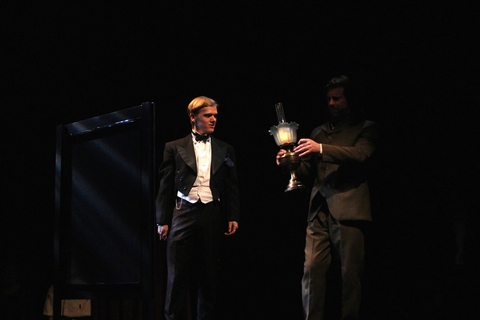 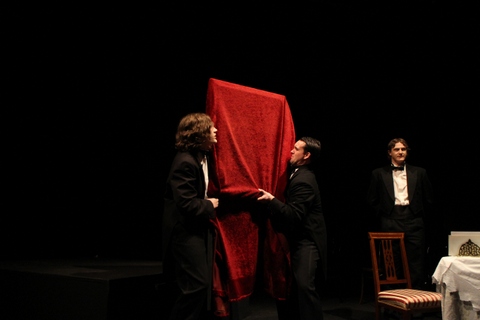 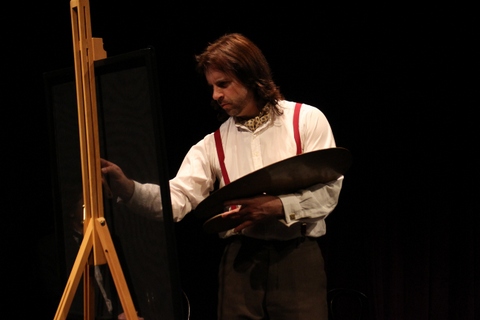 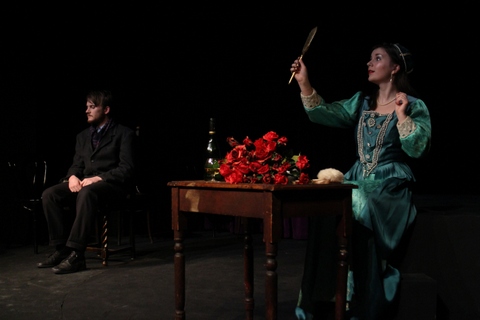 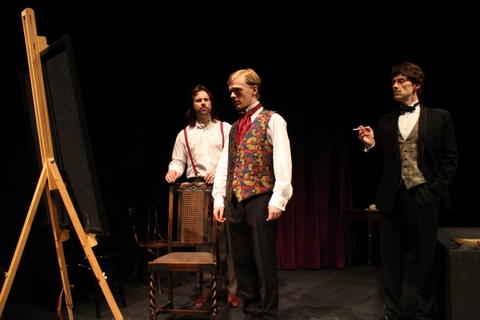 Oscar Wilde's dark and disturbing book is brought to the stage in a new adaptation by Neil Bartlett which uses the equivalent of a Greek chorus to add information, comment and characters to the central story.

This device works well for amateur theatre providing, as it does, opportunities to enlarge the cast. Thus we hear the gossip from a bevy of beautifully-dressed society ladies and note the affordability of a trio of servants.

At the centre of the story is the beautiful young man, Dorian Gray, who keeps his youth and looks whilst his portrait, locked away from prying eyes, at first ages then shows the ravages of the debauched life which Dorian lives - his heartless actions including the murder of the portrait's artist. Stephen Bailey looked just right as Dorian Gray as well as bringing the necessary emotional gamut to the role, evolving from spoilt but carefree to pitiless and cruel as the years rolled by.

Responsible for much of the script in Act I as Lord Henry Wotton, Michael Cooke's delivery of his lines did much of the scene setting for both Wilde's complex take on the diverse society of 1895 and the unfolding story. In Act II, his 'aging' was impressively done, contrasting and underlining Gray's youthfulness twenty years on.

As Basil Hallward, the portrait's artist, Noel Harris carried out, most believably, the actual painting of the portrait (so cleverly done in a see-through net frame), and met Basil's death impressively too.

Important to the story, the character roles which influenced the slow degradation of Gray's character were well defined. Lizzie Melbourne as the ill-fated Sybil Vane, the actress who might have become Gray's wife, her brother James, a fiery Dominic Damesick, intent on avenging her untimely death, Lauren Milsom as Sybil's mother - just one of her four roles in the production and Nikki Packham as the ever-present Mrs Leaf.

Cas Frost made Lady Wotton, married to the influential Lord Henry, a lady determined to run her own life the way she chose and Andy Kempton swapped an excellent French accent as Victor for the altogether more gruesome role of obeying Gray's instructions to dispose of Basil's murdered body. Katie Kavanagh was a determined Duchess of Monmouth and Jack Gillies and Kieran McGough the perfect servants Parker and Francis respectively..

Representing the upper classes, Lady Carlisle, Lady Ruxton and Lady Narborough - Madeline Reeve, Stephanie Edwards and Micha Patman, - gossiped with fine speech and elegance, in total contrast to their roles as prostitutes in Act II. Use of the revolve in Steve Bishop's set design enabled scenes to change quickly, all set against black drapes and splendid red velvet curtains, so perfect for the theatre and opera scenes.

Excellent costumes by Berry Butler and Marjorie McLachlan added much to the production as a whole and Niall Monaghan's lighting design assisted greatly in conjuring up the many different venues. Including its brutal but very cleverly devised dénouement, the cast enlivened some of the wordier sections and much credit is due to director Anne Gregory for her vision in bringing this difficult play to the Miller Centre stage.