"There's your first problem. No Civil War movie ever made a dime. Or ever will."

This is Hollywood at its nuttiest - and it's all true. David O Selznick is about to produce the epic film Gone With The Wind. With the majestic scene of Atlanta burning already in the can, he ditches the screenplay, deciding he needs a new one - in a hurry. So he locks screenwriter Ben Hecht, director Victor Fleming and himself in a room and refuses to unlock it for five days while they work on the new script. Amid shouts and screams of protest, Selznick insists they act out the scenes as they write them. To see these Tinseltown giants playing a pregnant woman, a winsome dandy and a handsome hunk, among others, is very, very funny. The script got written. The film got made. But this episode in its creation is as comical as anything that appeared on the silver screen. 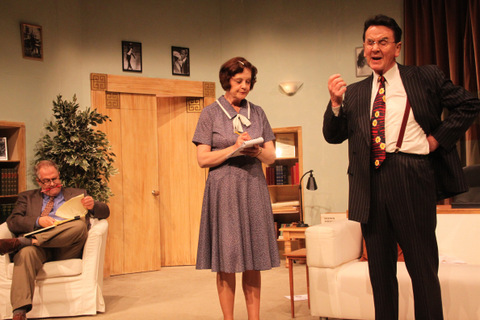 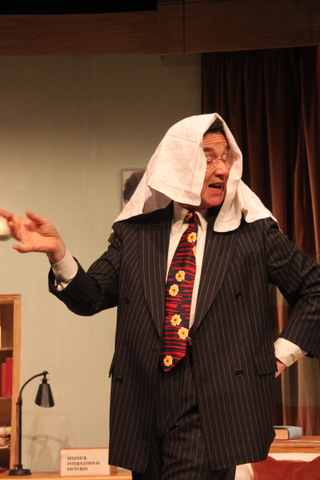 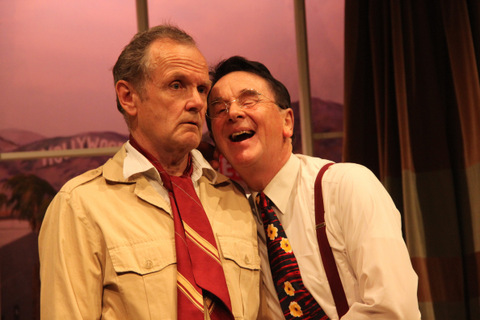 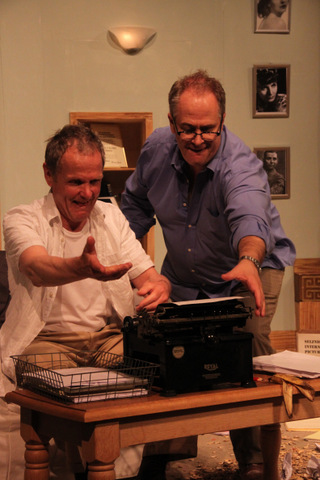 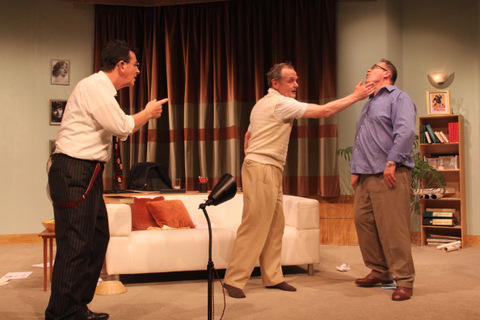 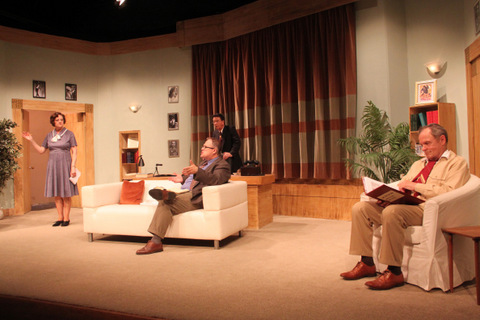 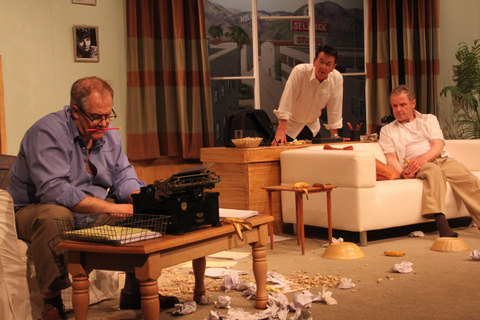 What a quick fire delivery of a fevered tale this comedy was, in the hands of the three men who revealed the tale of the five-day lock-in to write the script of Gone With The Wind.

As history knows, David O Selznick was the producer of this hugely successful film, but Chester Stern, as Selznick, brought out a desperate belief that the film should be made, in spite of a truck full of problems with the cast, the settings and, the nub of the play, the script writer. The frenetic delivery of the character included comically stepping into Scarlett O'Hara's shoes where the voice, the accent and beguiling body language were required and captured.

Incarcerated in Selznick's rather grand office for five days, on a diet of bananas and peanuts, Ben Hecht, with his reputation for excellent film scripts, was reluctant to accept the challenge because, amazingly, he hadn't read the book. Mark Pendry's creation of Hecht swung him between the belligerent, the apoplectic and the resigned, as he tried to grasp the story which was, helpfully, being enacted for him by Selznick and the film's director, Victor Fleming.

Completing the triumvirate, Fleming, had been hauled away from working on The Wizard of Oz and was trying to play down fact that he had, in fact, slapped its star, Judy Garland. Sceptical at first about the whole idea of making Gone With The Wind, Graham Jones came into his own enacting Prissy, the maid from the story who is slapped for lying - creating huge disagreement amongst the three, and 'becoming' Melanie Hamilton Wilkes, giving birth, assisted only by Selznick's ignorant Scarlett. Add to the slowly degenerating work area, where paper and peanuts vie for space on the carpet, the pseudo sycophantic attitude of Miss Poppenghul - receiving barked commands from Selznick, saw Denise Scales using facial expressions to comic effect to show the secretary's exasperation.

Jenny Kingman's effective set design provided both a sumptuous office and, with help from Mary Griffiths, a realistic backdrop of the Selznick film lot, revealed centre stage, behind huge curtains. Bringing out the required speed of delivery, the comedy and all the 'business' of the action, director Peter Whittle used his own consummate experience gained from directing more than forty plays and involvement in over one hundred, to bring this fast-action comedy to the stage- blessed, as he was, with a very talented and hard-working cast.