"We're going to need considerably bigger buns!"
So says one of the characters in this dramatization of the true story in which a group of WI ladies created a sensation when they hit upon the idea of making their own 'girly' calendar. Their daring enterprise was a bid to raise sufficient funds for a new settee in the local hospital's waiting room. In fact, they have so far raised a staggering sum in excess of £3 million, donated to leukaemia research.

"Dazzlingly funny . . .utterly captivating . . .the mingling of pathos and comedy is simply unbeatable". 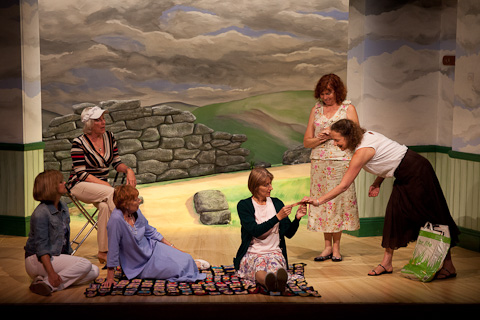 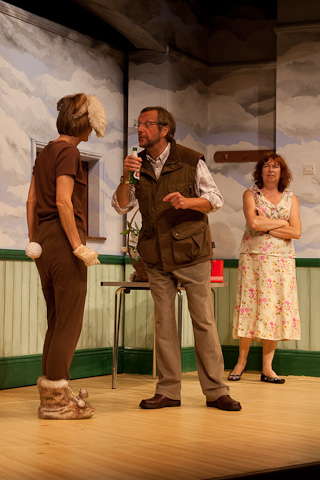 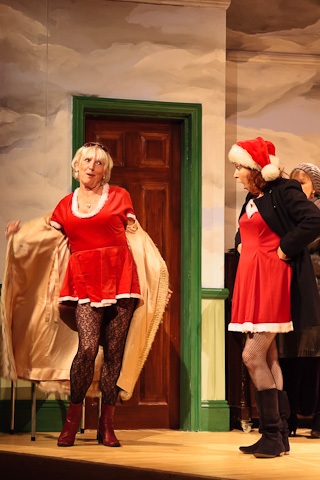 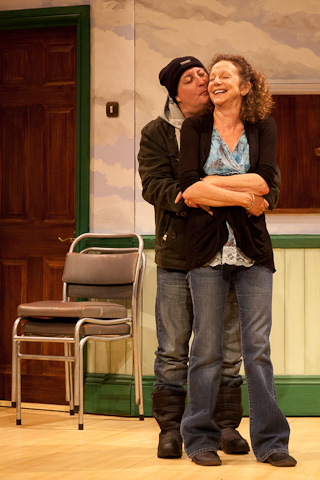 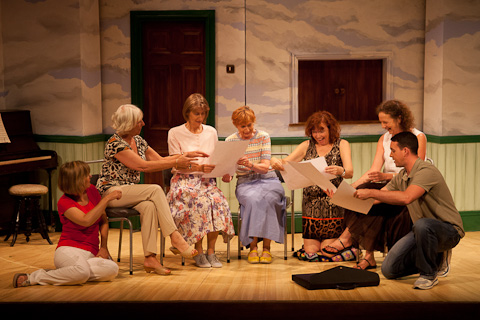 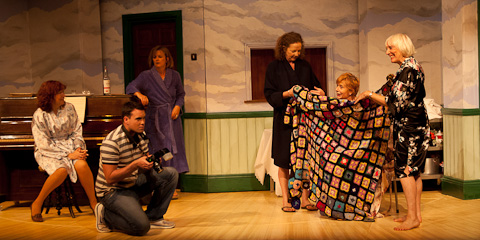 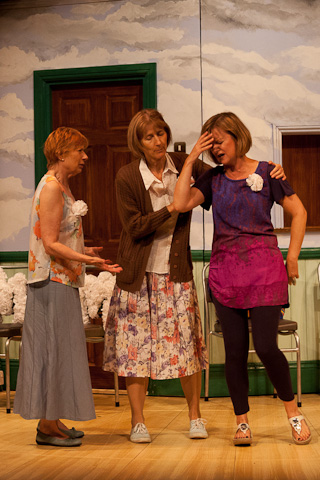 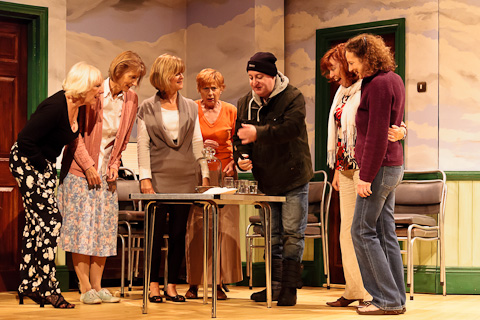 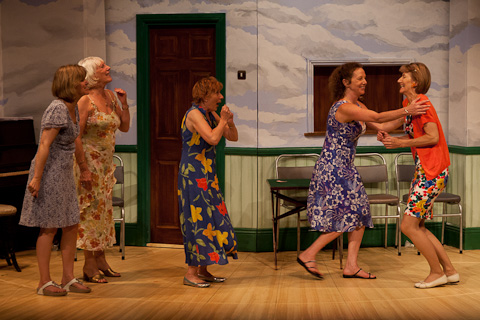 Seeds sown by the original Calendar Girls which then turned into the 2003 comedy film have now blossomed into a cracking stage play written with empathy and humour by Tim Firth.

The members of the Knapeley WI in Yorkshire take up the challenge of publishing a tastefully nude calendar to raise money in memory of John who died from Leukaemia, and productions have flowered profusely since its release to amateurs.

Superbly cast, the Miller Centre set was ingenious with its church hall interior giving way to the Yorkshire Dales. It is Annie who lost husband John with Sally Bosman depicting strong emotions alongside humour. Anne Page plays Chris, her great friend and the  calander organiser, Linda Harris was vicarage bred and happy to rebel, Nikki Packham is ex-schoolmarm Jessie who shocks the calander's photographer whom she used to teach. Celia  - golf club member and up for shocking - shone in Cas Frost's interpretation and Jackie Cast alternated timidity with effective comedy as Ruth. In her role as President of their WI, Christine Bower's Marie was unbending and businesslike and amongst the smaller roles, Steve Boxall gave John commendable fortitude and humour. Ably contrasting the impressionable young photographer and the brash advertising executive, Kieran McGough made his mark and Andy Wiggins contrasted affection with command as Chris' husband Rod.

The cameo roles of Brenda the WI speaker Elaine the beautician and Lady Cravenshire were all in excellent hands. More stars are awarded for the music - both played and sung.

Directed superbly by Barbara Beckett, the cast opted to sell their own calendar to raise yet more money over and above their ticket sell-out and join the aim to break into the Guinness World Records to establish the most productions of one play in one calendar year. Uplifting all round.