"Mary wants us to talk about the girl that killed our son. I want to wipe her off the face of the earth".
Arguably Shelagh Stephenson's finest play, The Long Road is a raw, compelling drama about a family's long and painful struggle to come to terms with the murder of their youngest son Danny, in a random knife attack by a teenage girl.
When Danny's mother decides to visit his killer in prison to try to make sense of why her son was killed, the family is thrown into further turmoil.
This honest and poignant play communicates directly with the audience to give the voice of both victim and perpetrator, in a powerful study of loss and the true nature of forgiveness. 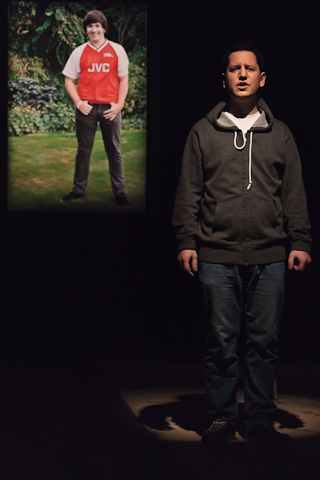 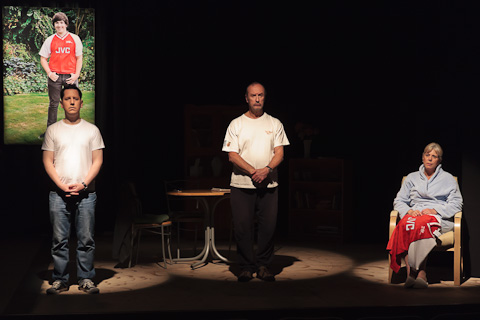 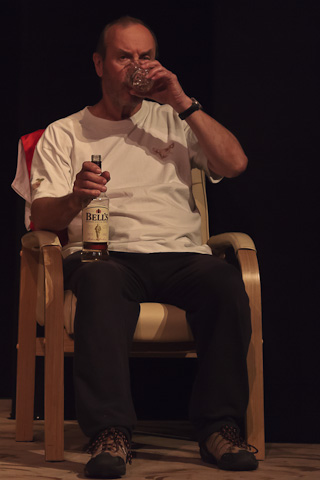 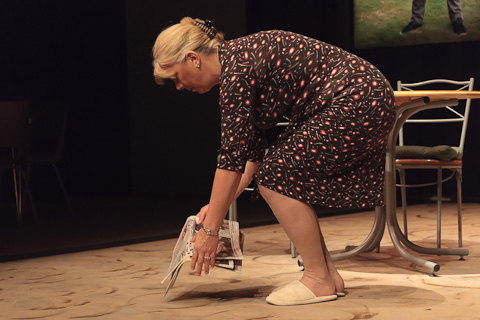 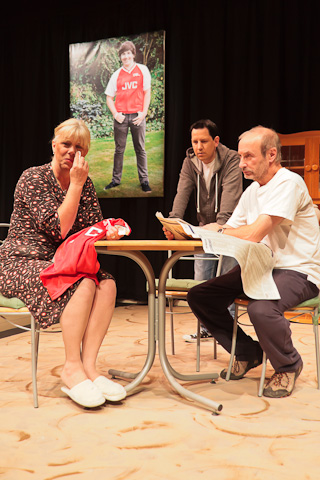 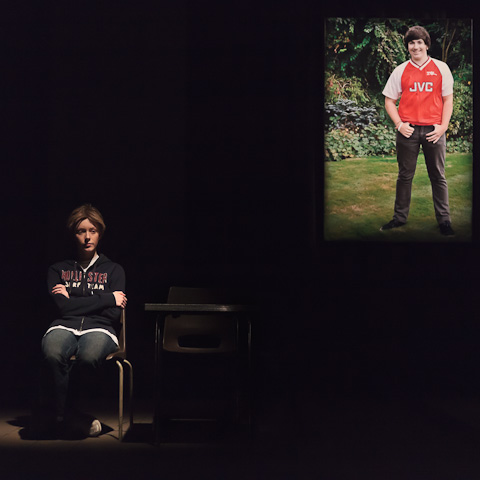 This deeply emotional play deals with the four different reactions to a random murder. Danny is stabbed through the heart and his mother, father and brother try to come to terms with his loss in very different ways. The play also deals with the young girl who killed him, revealing much about her background.

Long expressive speeches, full of poignancy, are so well delivered by the family. Dominick Zwolinski is brother Joe, who watched the murder happen and constantly rebukes himself with 'what ifs'. Jen Killick is Mary, Danny's mother, who works through her own grief to try and keep her family together and Chris Hearn is Danny's father, John, who uses alcohol to ease his heart-pain.

He cannot understand why his wife eventually wishes to meet Emma, the insecure girl who pulled the knife, just because Danny would not give her "a quid or something" to get her home. Saskia Jiggens excellently portrays Emma's vulnerability masked by bravado, with her body language as well as her characterisation. Helen Chisnall brings calm and understanding to both sides in her role as Elizabeth the mediator.

To say this is a harrowing play is an understatement, with raw feelings exposed and the realism that these scenes could possibly be real in these unruly times.

Congratulations must go to all the cast who dug very deep to deliver this disturbingly modern plkay.
Praise also to Iain McGrath who directed with sensitivity and theatrical ability to make sure every nuance of the script was revealed.