An unruly bunch of bright, funny sixth-form boys in pursuit of sex, sport and a place at university. A maverick English teacher at odds with the young and shrewd supply teacher. A headmaster obsessed with results and a history teacher who thinks he's a fool.

Alan Bennett's very successful and humorous play is intensely moving and has been described as one of his finest works. Winner of a host of awards, the original production played to sell out performances at the National Theatre, the West End and on Broadway. 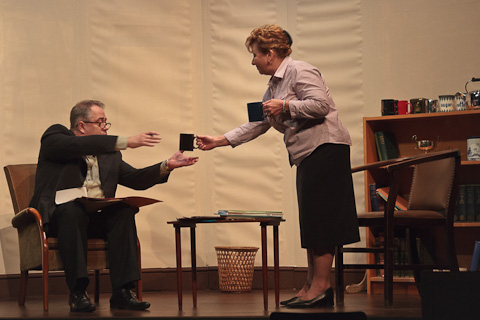 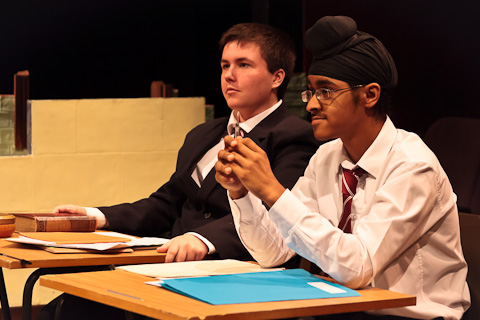 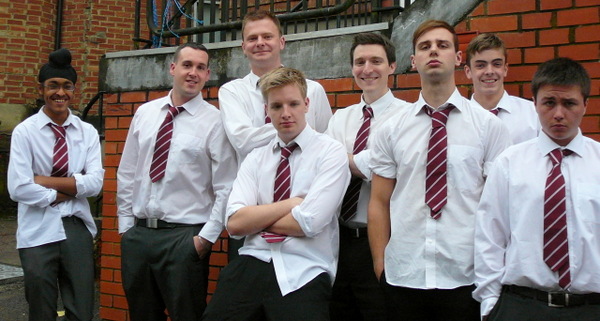 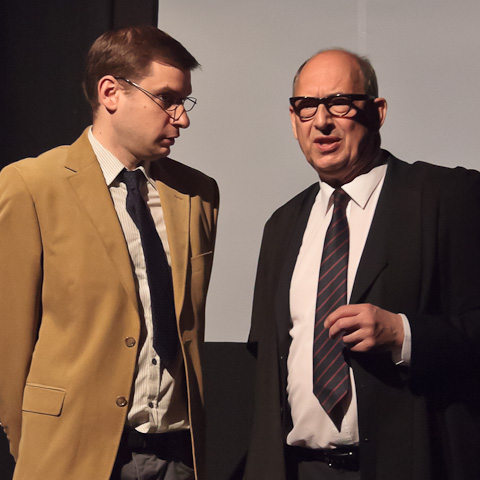 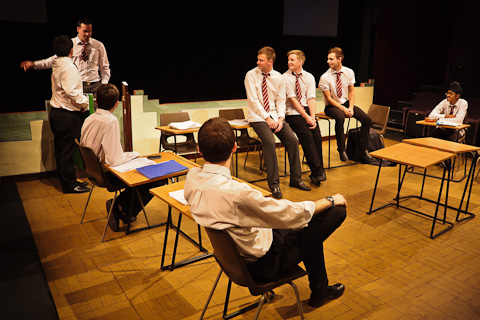 This production scores highly on so many points, not the least of which is finding eight boys or young men with the quality acting skills to deliver the class, and four adults delivering even more as their teachers.

Using their enviable revolve, the sets on stage were speedily changed whilst the class room remained on the floor of the theatre. This thrust stage was designed by Ian Grayson, who also directed with such ability, and the play moved through the tale with pace.

Without room here to name all, I pick out Kieran McGough as the roguish Dakin, Alfie Lanham-Brown as the insecure Posner, Gerard Kelly as the religious Scripps and Chris Semple as the comic Timms. But I emphasise they were a cohesive team giving reality to schoolboy antics in class. To Mark Pendry go major laurels as the motor-bike riding master, Hector. Both he and the boys delighted with a whole lesson in French, showing up the Head's lack of lingual ability and transforming a delicious brothel scene into a war hospital as he entered the classroom.

History teacher Margaret Hey as Mrs Lintott gave understanding of both boys and staff, accrued through years of involvement with both at the school and Tony Richardson's Headmaster was suitably blinkered, pedantic and league-table focussed. Robin Clark brought all the uncertainty swinging to belligerence as new teacher Irwin, tasked with bringing the boys up to Oxbridge standard and dealing with his own sexuality too.

Playwright Alan Bennett would, I'm sure, have commended this first class production which is yet another feather in the Miller's collective cap.