The play (which should not be confused with the film The Exorcist!) takes place in a 17th century cottage owned by Edmund and Rachel. Their friends Dan and Margaret have come to spend Christmas with them. As they sit down for their dinner all the electricity fails. A power cut? Maybe but the phone is out of order too. It is the start of a series of macabre events which mount relentlessly to a bizarre and terrifying climax. 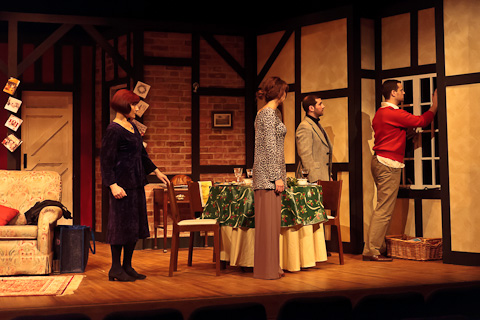 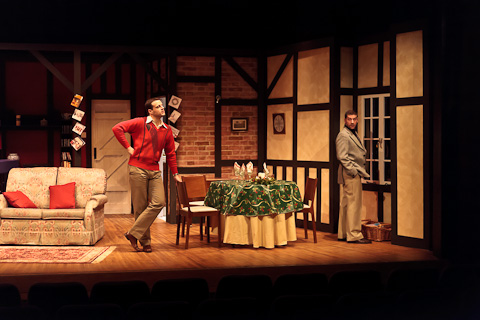 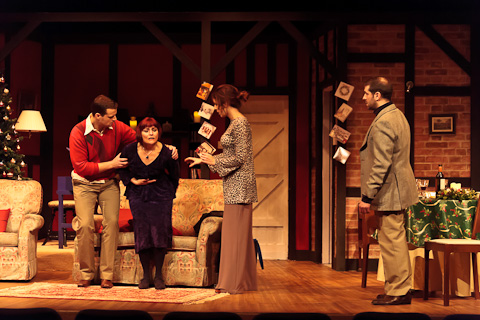 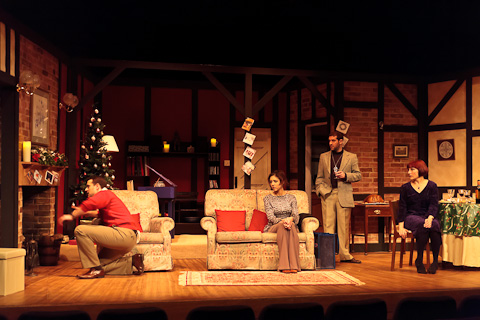 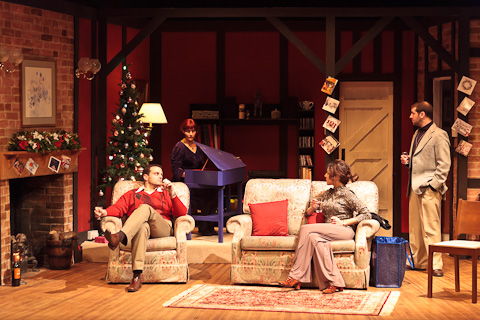 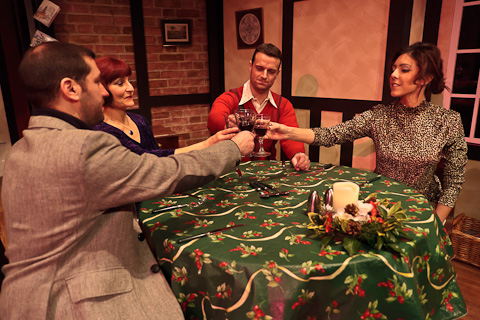 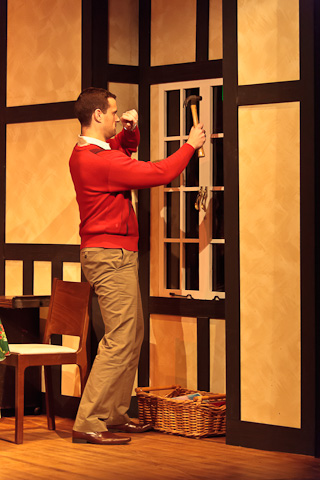 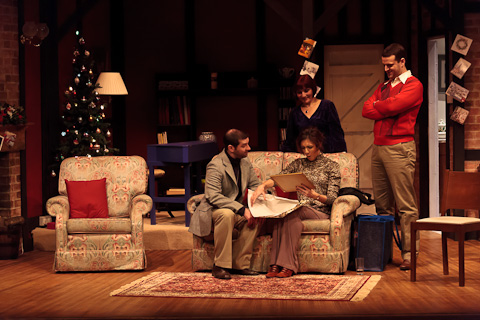 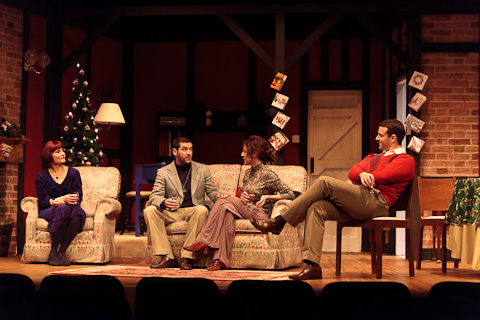 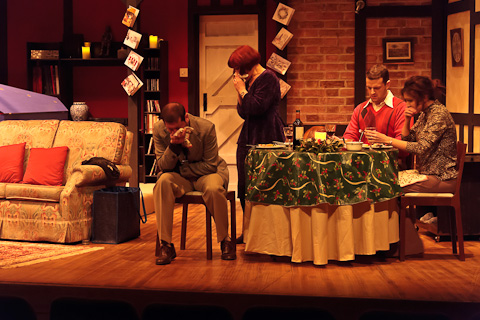 The superb set for this spooky tale got a justified round of applause for Keith Orton's design of an ancient but modernised cottage where the old character had been retained but, according to the script, no expense spared on the upgrade. As for the furniture, the difficulty of including all the components vital to the tale is appreciated but the armchair set so close to the 'blazing' fire would have been blazing itself before long!

Intriguing, very wordy and with a most unexpected final twist, Edmund and Rachel invite Margaret and Dan to spend Christmas in their country cottage. Paul Farrell's Edmund was edgy, determined, practical and loving, with Samantha Elgar as wife Rachel providing high acting ability with the many demands scripted for her character.

As Dan – flamboyant and laid back – Owen Moore kept his long-winded banter going throughout leaving Katie Kavanagh as his wife Margaret to offer practicalities for unexplained events whilst eventually being the one to see the reason for the disturbing happenings.

Red herrings are fed into the plot early with the exchange of Christmas gifts and there is commendable attention to detail with the Christmas dinner.

Set in 1981, influences going far back into the cottage's history pepper the plot, which the cast creditably evolve from its happy chatty beginning to its devastating close. Nikki Packham costumed the play appropriately and Chris Hearn directed a difficult, demanding and absorbing production.