"I worked it out the other day. I have boiled seven thousand gallons of water and poured two hundred thousand cups of tea. I've also baked four thousand six hundred medium sized quiches and personally baked two tons of light crust pastry. And what for?"
As a vicar's wife, Grace has spent a lifetime on her best behaviour. Now, after the death of her husband Bardolph, she can enjoy the new-found freedom of being able to do and say exactly what she wants.
A touching and thought provoking comedy, it explores what happens to Grace after her husband has passed away. Into her grief comes her sister who has spent thirty years working in Africa and the couple who are measuring up the rectory prior to moving in. Grace's daughter tries to be the glue that holds everything together but then a shattering, long-kept secret comes to light.
The play takes a light hearted look at the now and the hereafter and uses some sharp edged wit and probing questions to ask whether God can do anything right at all. "Or is the whole thing a divine exercise in trial and error?" 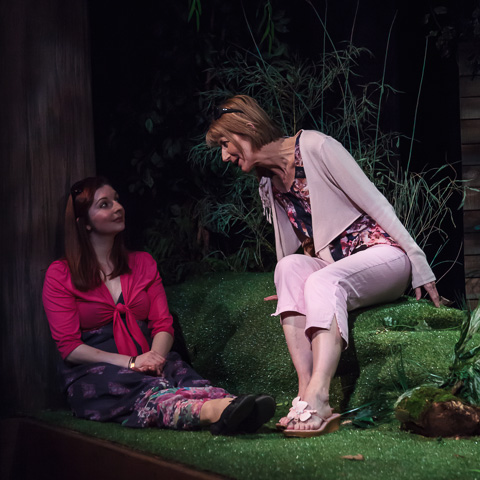 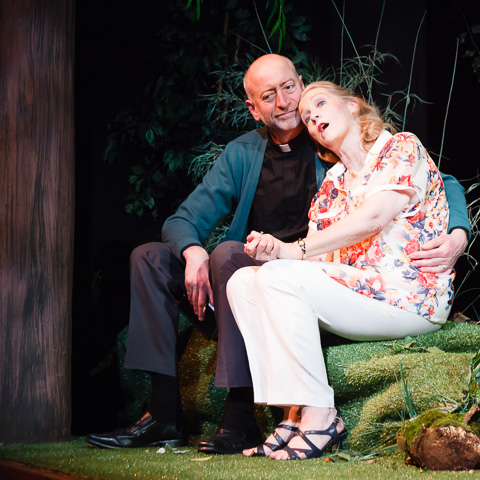 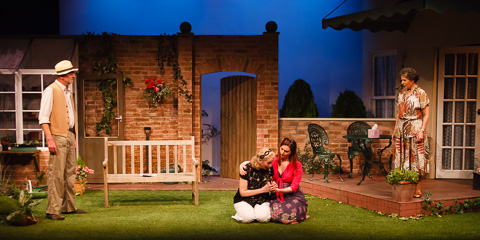 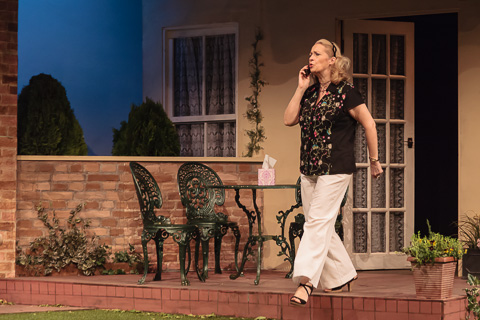 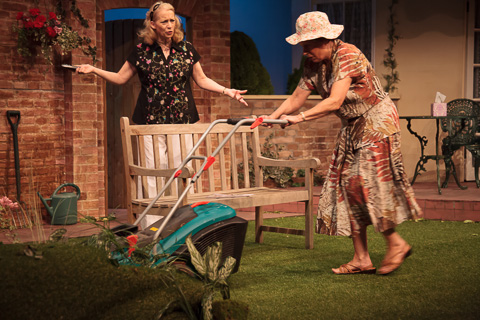 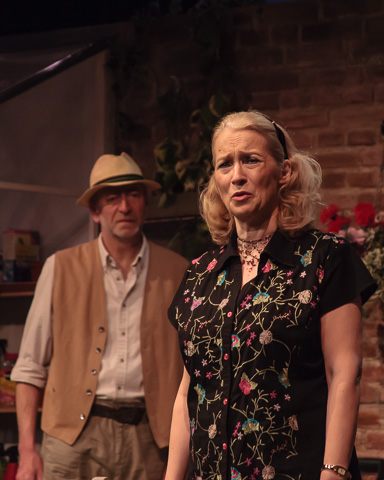 A beautifully conceived garden set and some of the best of the Miller Centre Theatre Company's actors brought this very charming play to a most appreciative audience.

The angel in question is the recently deceased vicar,  still 'seen' by his wife who is able to question him on the tale's big and rather uncomfortable revelation.

Lawrence Marsh as husband Bardolph pottered in his greenhouse and wrote his leisurely sermons by the side of an all-important stream looking every inch at home in the role. Often stridently castigating her deceased husband, her sister and her daughter as well as questioning her need to now leave the vicarage, Suzi Whittle's wife Grace was both angry and tender by turn. Hardly off the stage, this strong performance created a Grace full of anguish and fury.

Opposite in character being calmer, practical and thoughtful for others, Nikki Packham as Grace's sister, Ruth, delivered compassion and, in the light of  Ruth's disclosure which is at the play's core, confusion. Again here, emotions were well delivered. Daughter to Grace and niece to Ruth it is Jo who mediates between the two with Gail Bishop clearly comfortably at home in this role.

Outside the family, Sarah is the proposed new incumbent of both the church and the vicarage, who has her own crosses to bear. Jackie Cast gave Sarah uncertainty and angst until we see her comfortably settled.

Niall Monaghan's direction of this excellent cast brought out the nuances in playwright Richard Everett's script which spans the gamut of sadness, comedy and observation of human reactions.