The Merry Wives of Windsor

This play remains one of Shakespeare's best loved comedies.  Scripted mainly in prose and easily understood by audiences of all ages, it is an hilarious story of intrigue, plot, counter plot and cuckoldry laced with a touch of true love.
Sir John Falstaff seeks to replenish his coffers by seducing two wealthy wives of eminent citizens. The wives hoodwink him into thinking he is succeeding which, in turn, arouses suspicion in the mind of a jealous husband. At the same time, the fair Mistress Anne Page is plagued by parents, each intent on an arranged marriage to different suitors.
Eventually, with the help of some fairy magic, Falstaff and the jealous husband are made to realise their foolishness; Anne is wedded to her true love and all parties are united in good humour.
This presentation of the play is set in the mid 1700's and enacted in the court yard of a coaching inn. Throw in a dancing bear, a basket of soiled linen, a watery muddy ditch, a sodden Falstaff and a vengeful husband and there you have the ingredients for an evening of outrageous fun. 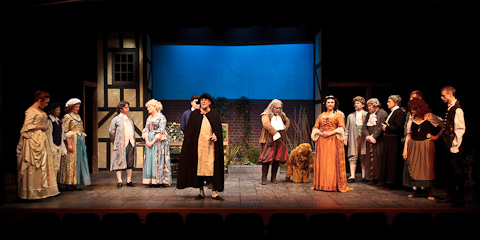 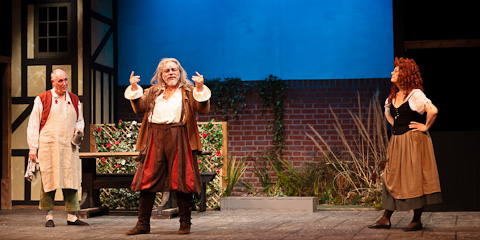 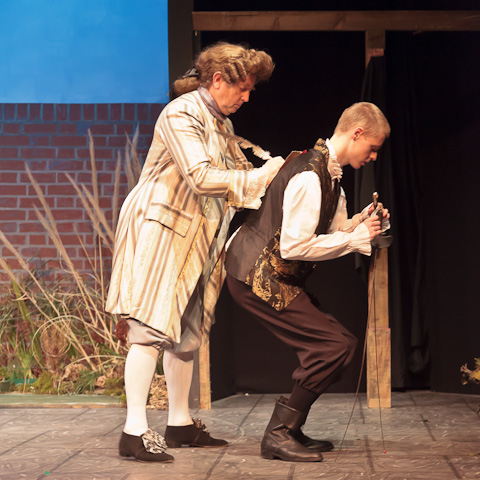 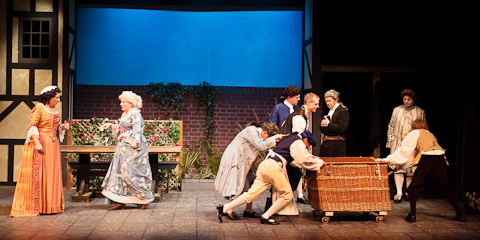 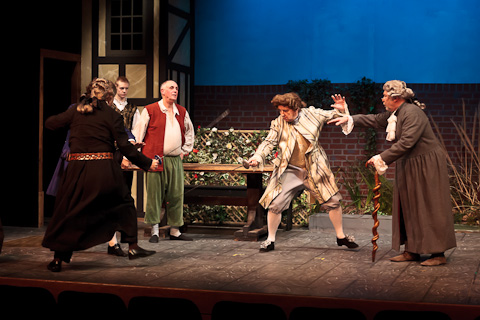 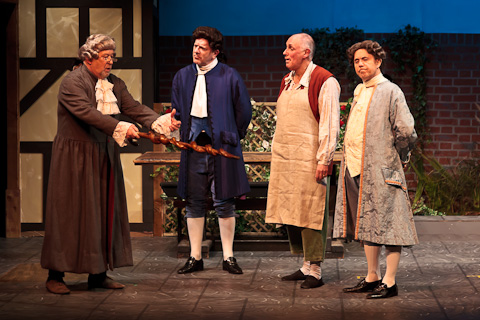 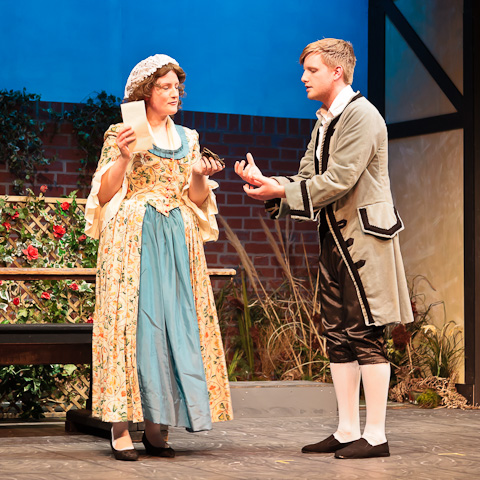 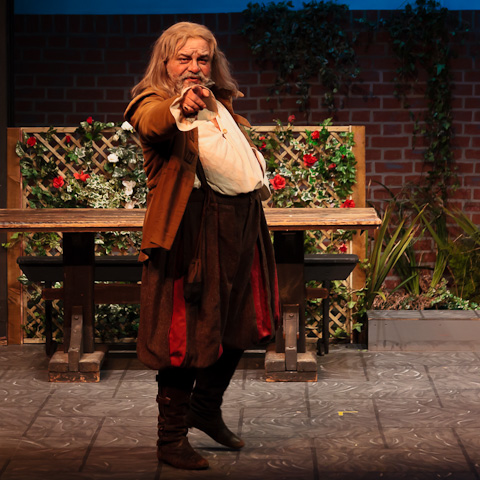 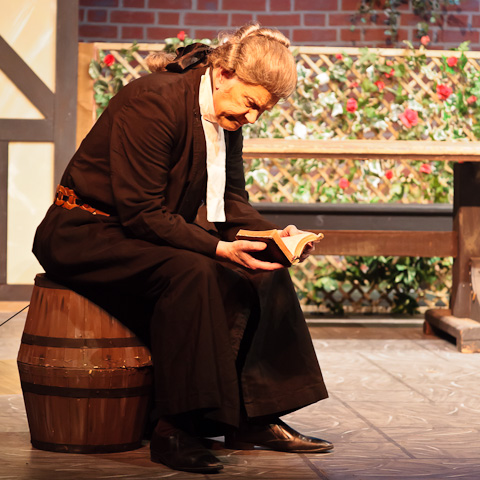 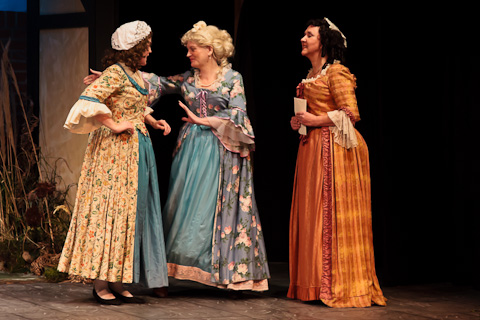 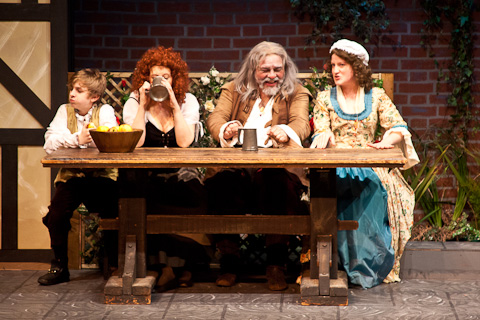 The intrigue and counter-planning of the characters in Shakespeare's Merry Wives was clearly brought to life by the large cast of this comic tale.

Much of the comedy revolves around the central figure of womaniser Sir John Falstaff who aims to inveigle women into his bed but is also happy to help others in their own similar quest.  Bob Hamilton is no stranger to this particular role and his experience and understanding of the character brought laughter not only with his delivery but with body moves which left no doubt as to his hopes should his plans be fulfilled.

Paul Valleau, as host of Ye Garter Inne where much of the tale unfolds, added another larger than life performance, with the ladies of the piece not far behind him, although a little more decorous in their plotting. The welsh tones of the pious Sir Hugh Evans were captured realistically by Ron White and John Lacy's French accent as Doctor Caius also deserves praise. As the reluctant wooer Abraham Slender, Nigel Swift brought more comedy, aided by Brian Miller as Justice Shallow, literally prodding him in the back to urge him forward with a wonderfully carved walking stick.

Young Mistress Page is of marriageable age. With Slender exhorted to pay her court, Dr Caius is also a contender, but it is Master Fenton to whom she has given her heart, with Lucy Baker and Cris Semple making a delightful couple. Her parents do not like Fenton and father George (Adam Cobby) and Mother Margaret (Mary-Rose Goodliffe) both delved into various plots to secure their daughter's hand elsewhere. Happily, of course, they failed. Mistress Quickly is not averse to accepting bribes to rearrange plans and Frances Hawkins made her lively and conniving. As the knowing serving wench at the Inne, Denise Scales's Doll Tearsheet brought in the brashness of the times. Avril Swift is Mistress Alice Ford and as a major part of the plot, Roger Dale as her husband valiantly out-manoeuvred Falstaff at his own game. Cameo roles were in good hands too, with some fine youngsters adding their acting skills to the whole.

Costumes excelled, wigs were diversely apt and there was even some elegant dancing. Altogether, Tony Neale's production is to be commended - for his courage to mount such a demanding production, obtaining a large and talented cast and bringing the Bard's words alive once more.