Unmarried sisters in their fifties share a London flat.  Nina is brisk, dynamic and gainfully employed;  Nancy is plump, self conscious and suddenly redundant.  Urged by Nina and their faithful friend Max, to find a hobby, Nancy unwittingly stumbles into a job as a model for a group of eccentric life drawing students, and their philandering teacher, Philip.  Initially horrified to discover that life models pose naked, Nancy is unexpectedly liberated by the experience  which she initially keeps a secret from her sister.  But her new found confidence unsettles Nina's self possession.
This is a very well written, funny and heart-warming play, full of well defined, fun characters. 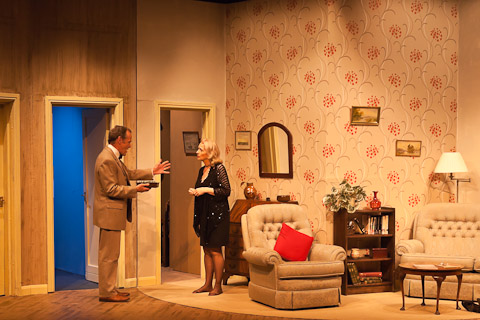 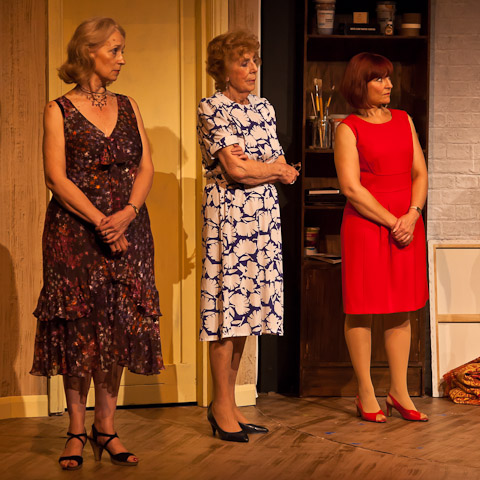 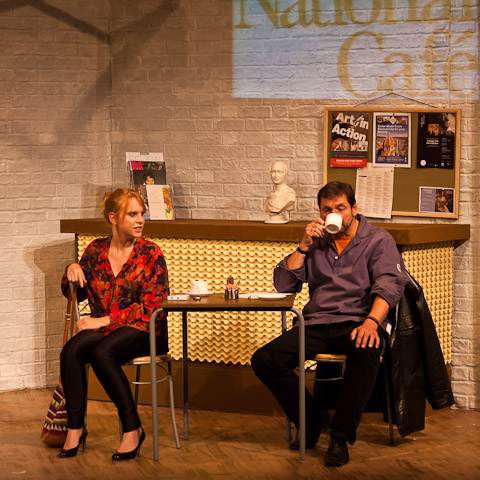 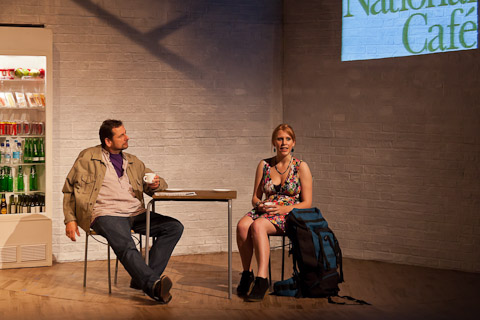 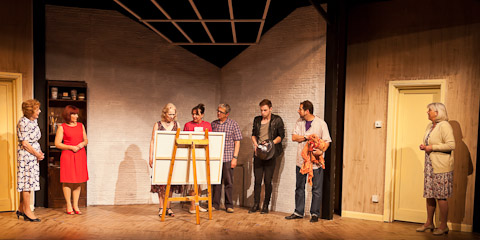 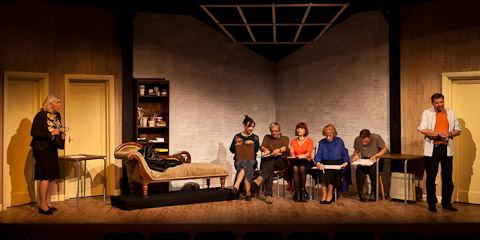 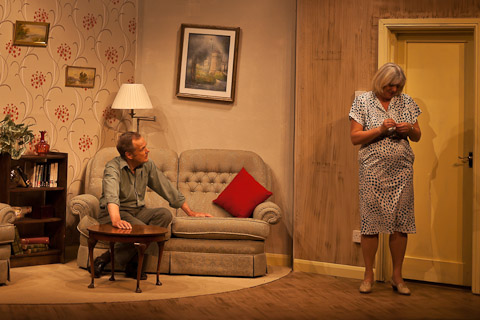 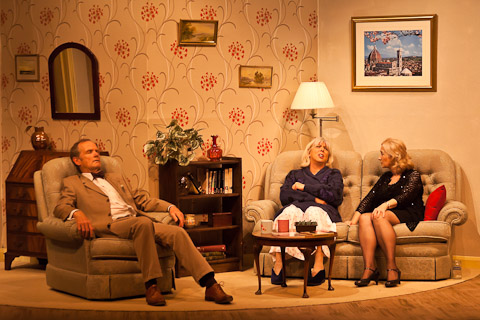 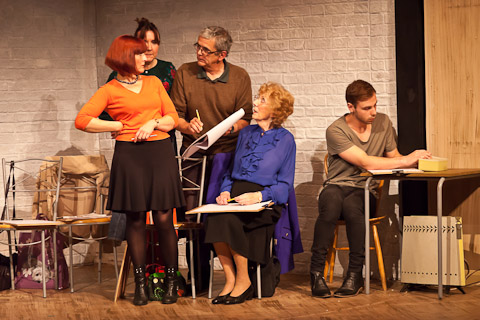 The Miller Centre's enviable revolve came into its own for this play by Any Rosenthal which involved two
main sets, designed by Tony Dent, which alternated regularly, plus another venue visited occasionally. The revolve allowed the play to proceed without interruption and would, in fact, be difficult for amateurs without this luxury, to perform.

Nancy suffers from depression brought on by being 'let go' from her shorthand typists job, but finds
fulfilment and a whole new outlook on life through an art class for which she is the 'life' model. Her highflying arty and rather controlling sister Nina, with whom she shares a flat, would be horrified. The two characters were well drawn by Jen Killick as Nancy and Suzi Whittle as Nina who uses the obvious affections of Max, played in excellent relaxed style by Graham Jones, for her own convenience.

The art class is full of students of all ages, each with their own tale and personality. Lothario and
art teacher Philip - Tony Johnson - wriggling away from old flame Josie - a rather dashing Samantha Elgar. Philip's new squeeze is the young Zelda to whom Emily Damesick brought the insecurity of her youth, doing well with some of Rosenthal's rather uninspiring dialogue. Bridget is the homemaker at the art class - presenting an endless supply of cakes, with Mary-Rose Goodliffe making her a combination of being both cosy and garrulous. Ian Grayson is her husband Martin who attends under sufferance but who has created his own escape mechanism by creating a fantasy world of his own. Upmarket, elegant and with a grown son who is the apple of her eye, Barbara Beckett's Sylvia was apt and charming and Peter Bowdery had the difficult task of creating a character almost entirely with actions as the autistic teenager who has his own surprise to offer as the tale closes.

Director Nigel Kemp brought out the best of a play with much good to recommend it along with some dips in its ability to hold attention. He had a cracking cast and although originally due to direct Red Hot & Cole for the Company - an entirely different kind of show - did excellent work on a play without a song or dance number to be seen.