This is a warm and gently funny play about love, loss and second chances. Milton, an American artist, is visiting a quiet English seaside town to paint the local coastline. He rents a room in a small cottage belonging to Margaret, a woman for whom life has stood still since the death of her trawlerman husband 30 years previously. Over several weeks of shared stories, meals and bottles of wine, an unexpected mutual bond slowly draws them closer together. But can Margaret find the courage to leave the safety of her little equilibrium and take a risk on love?

'... an enticing piece of understated but effective writing. Leaves you with an optimistic sense that everyone deserves a second chance at happiness.' The Guardian 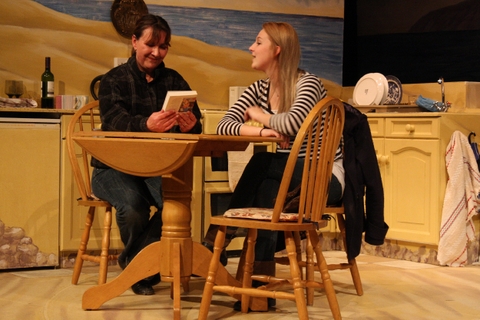 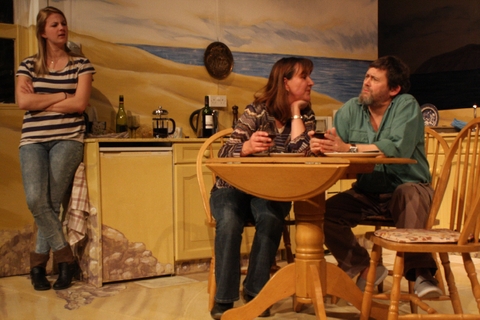 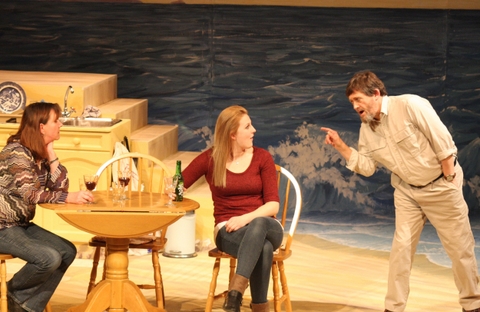 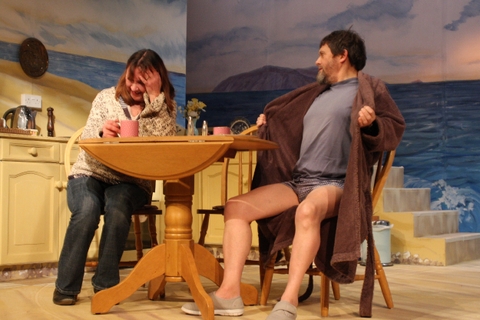 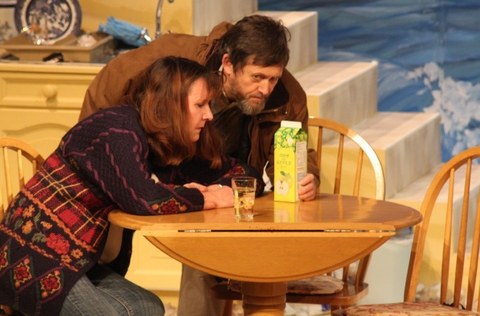 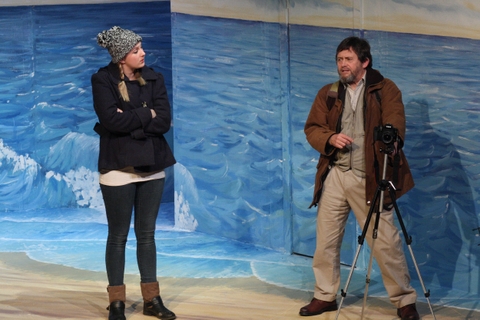 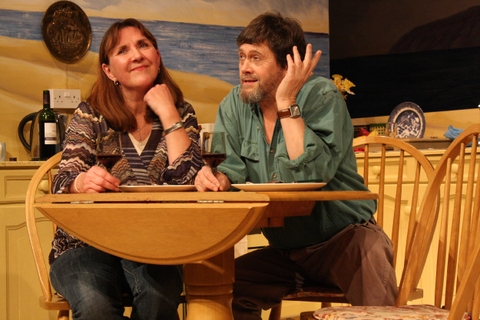 Director Gail Bishop brought this gentle love story to the stage with stunning effect. The most stunning being the set which she designed and was artfully brought to life by Mary Griffiths, Keith Orton, Mike Bell and Jenny Kingman.

The seascape, so beautifully depicted, encompassed not only realistic sea and sky, but waves gently lapping the shore stage left and the theme of sand and rocks carried over to Margaret's cosy kitchen, stage right, where the kitchen units all echoed the same feel and colours.

Margaret, a widow since losing her trawler husband, set in her ways and dogmatically getting on with her life, is the central character. Mary-Rose Goodliffe made her both feisty and fallible. Containing her emotions as Margaret's only daughter finally fled the nest, she allowed these reign when, in vino veritas, she broke her shell with advances towards her lodger. Milton, an American photographer, trailing to the same shore in the footsteps of the fictitious painter Franklin Bolden Broome, is happy to be the temporary lodger using Margaret's daughter's now vacant room. David Kay's approach to Milton was to make him gentle, patient and something of a dark horse - his seashore soliloquies poignant and telling.

Micha Patman was the mildly scheming daughter, Rebecaa, who brings her mother, Margaret, and Milton together, buzzing through the play like a breath of fresh sea air, understanding more about her mother than Margaret knows and underplaying her vision that the two might get together.

Although a three-hander, the script demands most of Margaret and Milton - not only with their faultless learning of lines but with the mercurial demands of emotions, particularly in Margaret's case.

The action of the play takes place over several weeks as the 'will they/won't they story line evolves, with the inevitable divertive hitches en route. None of this is interrupted by the intrusion of backstage crew on the set since the cast almost inconspicuously lay the table, serve meals, clear away and generally keep the working and well-equipped kitchen shipshape as the story moves on.

This charming, sunny tale was balm on a cold February night, bringing much pleasure to the audience, but I must pick out my star of the whole show - without doubt this was the incredible and memorable set.