In this retelling of Robert Louis Stevenson's famous story, Dr. Jekyll is introduced just as he is on the brink of discovering the key to man's inner reality. One evening he experiments on himself and finds that his formula works. Unfortunately, his 'real' self turns out to be the monster Edward Hyde. Jekyll continues his researches, spending more and more time as Hyde until this horrifying character takes over. Jekyll's fiancée and friends slowly become aware of the changes in him but are powerless to help. Jekyll himself finds it more and more difficult to keep Hyde at bay, and his initial delight soon turns to despair. When Hyde brutally murders one of the young maids, he realizes his experiment has gone too far, and he takes the only possible course of action left to him. 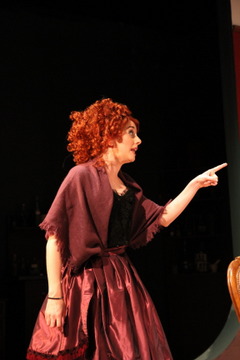 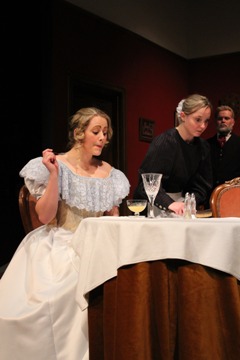 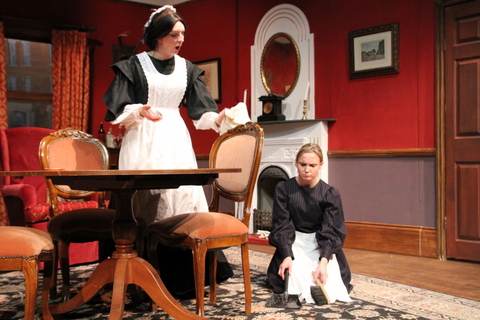 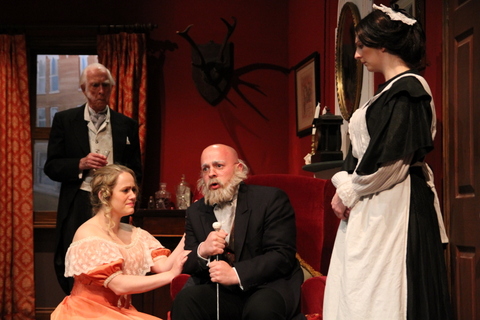 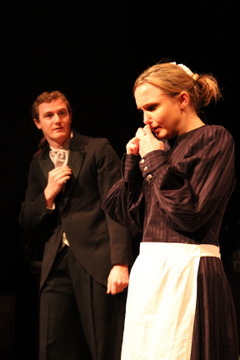 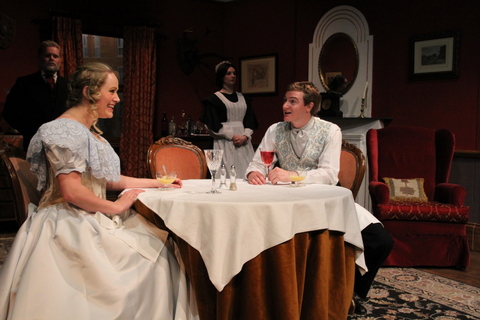 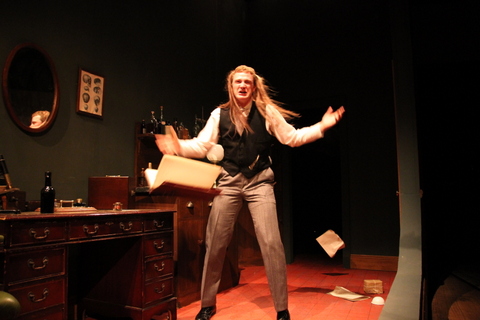 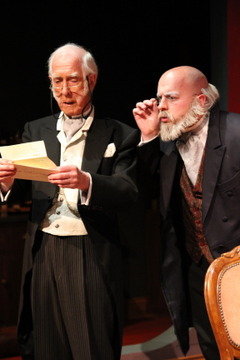 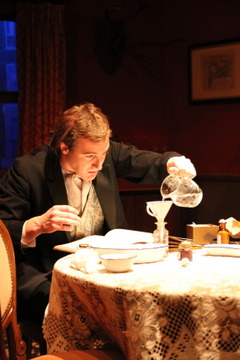 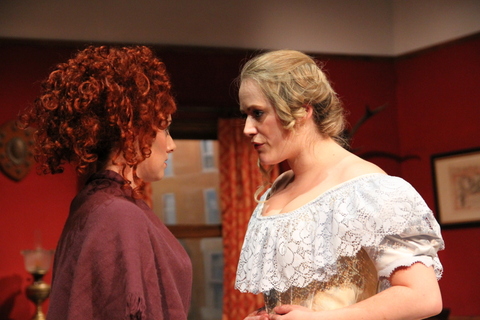 Much credit goes to director Ian Brown for creating, on stage, a tale notoriously relying on cinematography for its effects.

Here, Andy Kempton as Jekyll created his transformation into Mr Hyde with wig of long hair, tied so neatly for the first character and tumbled and face-concealing for the second. Add to this his excruciating screams of agony as he transformed from one identity to the other and who needed hours in ‘make-up’? His characterisation created an amiable Doctor, fired with enthusiasm for his work and experiments, changing to the evil, gruff-voiced, loping Hyde who, as the tale wore on, committed murder and eventually took over, and took, his life.

Dr Jekyll’s house is well run under the supervision of a butler, a parlour maid and a new maid - all of whom we meet. Charlotte is the new maid, uncertain of her duties, whom Charlotte Leonard made cheerful, pert, obedient and concerned in turns. Jamie Heath was butler Poole - subservient to his master and ruling the servants with a rod of iron. I disagreed with his full beard and his sitting to join a discussion at the table, but his otherwise imperious manner suited perfectly.

James Rolfe as Dr Lanyon, with whom Dr Jekyll discusses his theories, is also uncle to Celestine, to whom Dr Jekyll becomes engaged. Here make-up triumphed, making him much older than his photo in the programme while his manner and character all exuded a much older man. Older by far was Utterson, a lawyer, played lugubriously by Tony Neale in perfect side whiskers.

As the fiancée in question, Chantelle Davison as Celestine aimed to further the cause of women’s equality - with a few notable exceptions about brain size - soon aspiring to take over Jekyll’s freedom as well as the running of his home. As Hilda the parlour maid, Gail Bishop brought order to her domain and comfort to unworldly Charlotte, in total contrast to Penny - Hyde’s woman - raunchily brought to life by Pamela Cuthill.

The obvious draw-backs to presenting this play may well deter many groups, but this did not disconcert the Miller Centre Theatre Company who, with an excellent cast, set, and well-researched wardrobe by Hannah Millsted and Frances Hawkins delivered a fine evening’s entertainment.