Sir Harcourt Courtly is lured away from the epicentre of fashionable London by the promise of a rich and beautiful bride, Grace, several decades his junior. Arriving at Oak Hall, Gloucestershire, he marvels at this rural Venus until her charms are eclipsed by her hearty cousin, the foxhunting Lady Gay Spanker. Meanwhile his disguised son turns up in flight from his creditors and falls head over heels for Grace. When Lady Spanker discovers the young couple, she needs little prompting from the visiting chancer Dazzle to lead Sir Harcourt astray.

'The whole show is a delight from start to finish.' The Daily Telegraph 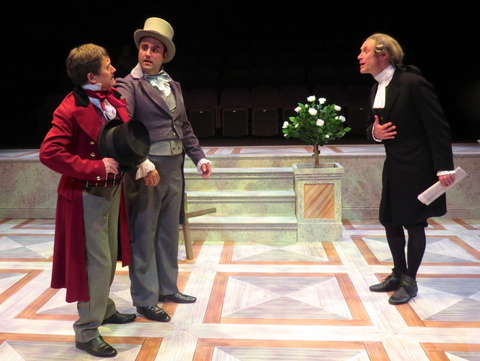 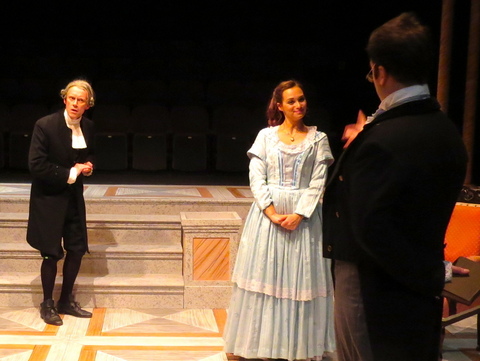 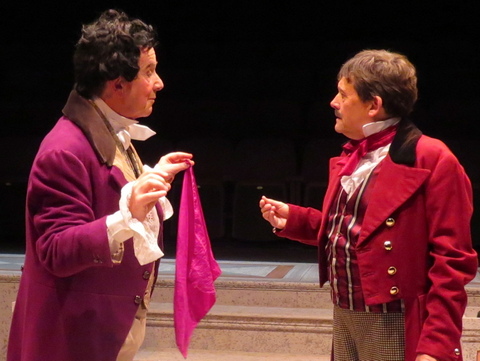 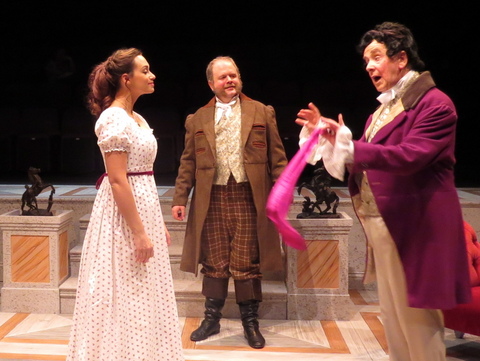 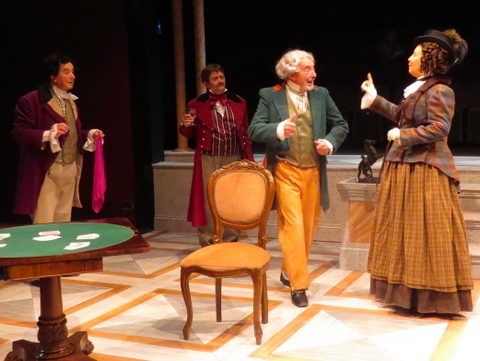 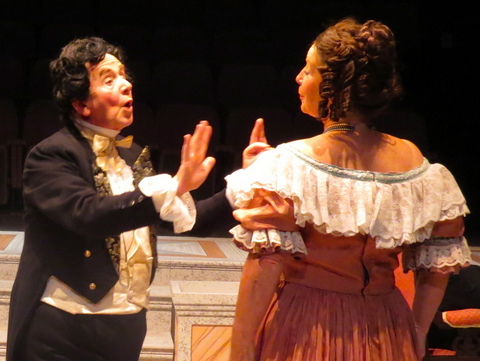 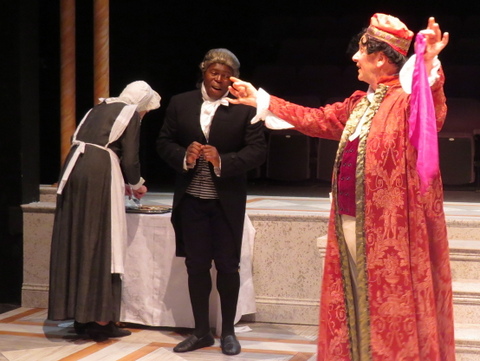 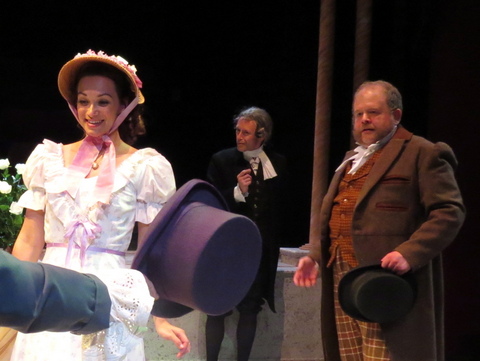 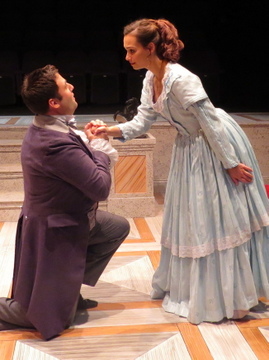 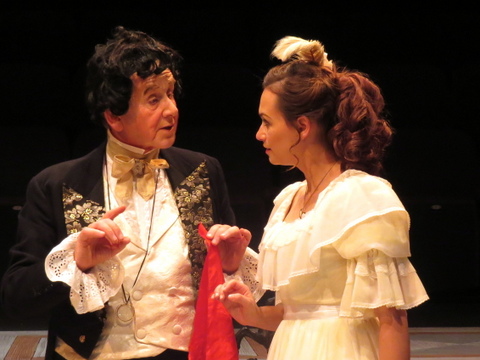 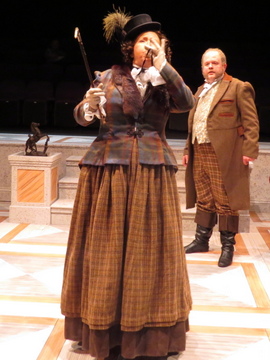 For a play written in 1841, the comedy in London Assurance is remarkably applicable to modern times and the large cast in Niall Monaghan's production squeezed out every comic nuance in the plot's twists and turns.

Presented in the round in Keith Orton's simple but effective set, some of the vocal and visual asides were inevitably missed by members of the audience on the 'wrong' side, but everyone got their fair share.

The casting for this production was, it must be said, perfect, with everyone's characterisations well studied and portrayed.

We are in the homes of the wealthy, in the year the play was written, moving from Belgrave Square to Oak Hall, Gloucestershire. Servants flourish with Omena Edo-Ukeh as Cool, lying in the best interests of the Courtly family assisted in duplicity by Martin – Keith Orton, who reappears at the plays conclusion as Solomon Isaacs in wonderful Chinese costume. It is intriguing to note that Noel Coward later borrowed the name of this character in Private Lives used to bring argument to an instant halt.

As a sponger of the first order, Richard Dazzle ever seeks an invitation to be a guest, hopefully long term, in any wealthy home. David Kay caught just the right amount of verbal manoeuvring to assure Dazzle's bed and board for 'maybe a year' and it is Dazzle's constant quick thinking which dictates much of the tale as he assists the inebriated Charles Courtly back home.

Joe Crisfield as Charles swung effortlessly between the drinking man and the sober, studious boy his father believes him to be, further complicating things by falling for the young lady to whom his elderly father has managed to become engaged. Sir Harcourt Courtly, in trying to appear young, defies his son's true age. Chester Stern as the intensely effete father conquered the tricky balance between foppish mannerisms and an avid attraction to Lady Gay Spanker, given liveliness, gaiety and an affection for everything equine by Morven Rae. Shenanigans and conspiracies continue in Oak Hall with Rachael Cunliffe as Sir Harcourt's intended, Grace, adding further complications in a delightfully breezy characterisation. Oblivious of much of these machinations, Michael Hall as Max Harkaway of Oak Hall, hosts all his guests with generosity, including Lady Gay's husband 'Dolly' Spanker, a delightful cameo of a muddled elderly gentleman from Peter Whittle.

Add into these schemes the further interference of lawyer Mark Meddle, who is desperate to be paid to bring an action of any kind, with Michael Cooke combining the obsequiousness of Uriah Heep with the pecuniary desires of Fagin. Sue Rider and Phil Wright as Pert and James respectively, obeyed orders at Oak Hall and Iain and Claire McGrath doubled as more servants and scene shifters. Berry Butler and Keith Orton collated marvellous period costumes, helping to make this production a real triumph.