Time and The Conways

The Conways are having a party to celebrate Kay's twenty first birthday. Kay hopes to be a novelist. Hazel, the beauty, anticipates a romantic marriage. Madge wants to reform the world and marry the dashing young family lawyer. Carol, the baby of the family, spreads good cheer while Robin, back from war, is certain to have a good career. Alan is content to be an armchair philosopher. The mother has high hopes for them all. At the party Kay, with frightening clarity, sees her family twenty years in the future. They are petty, mean, and unfulfilled. Only Kay and her calm brother realise time is relative and there is something fine and worthwhile beyond. 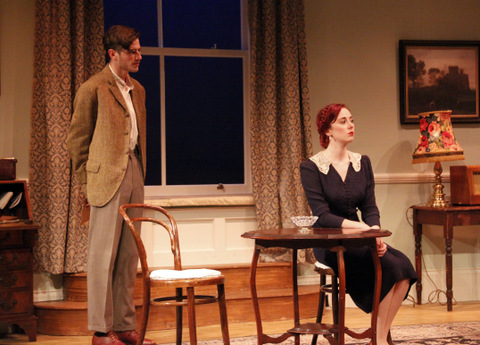 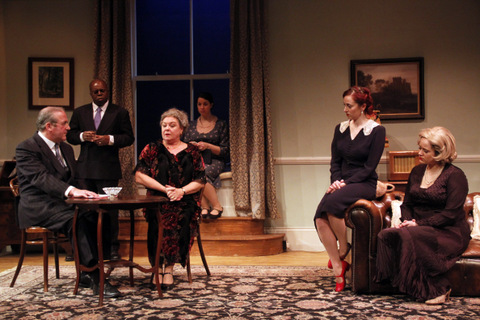 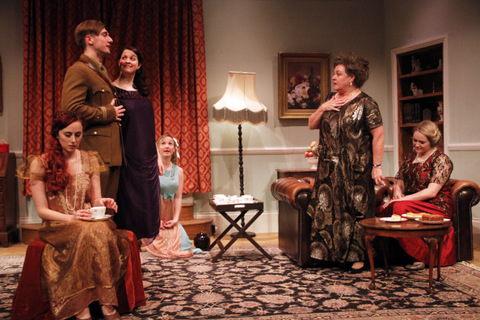 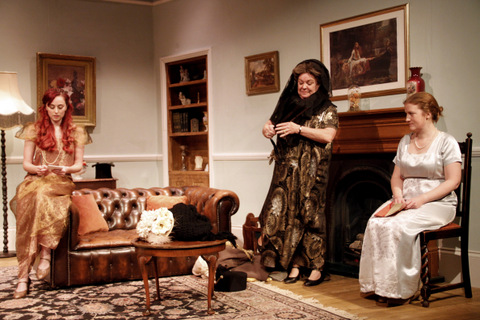 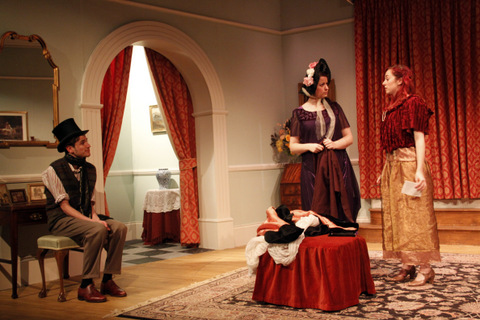 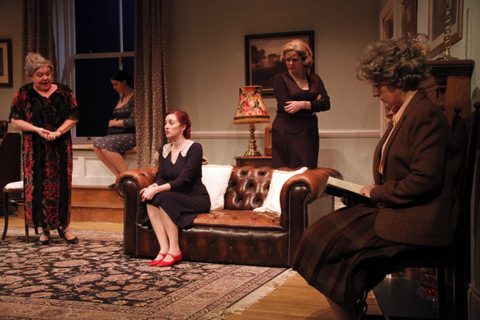 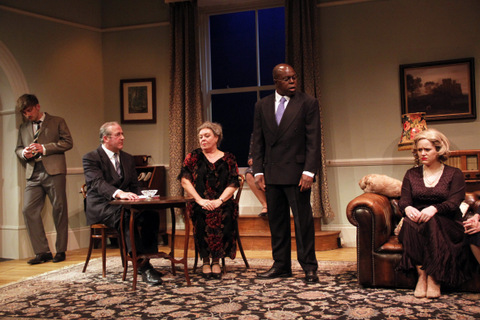 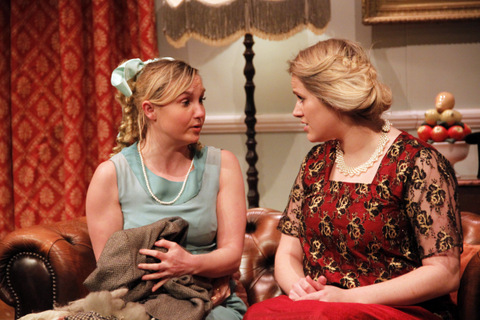 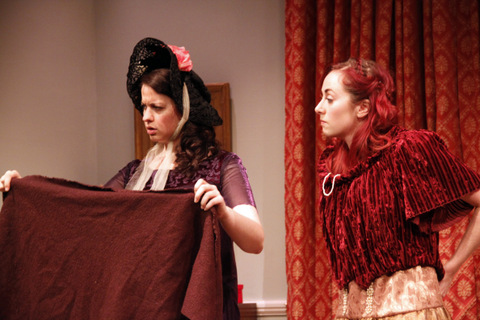 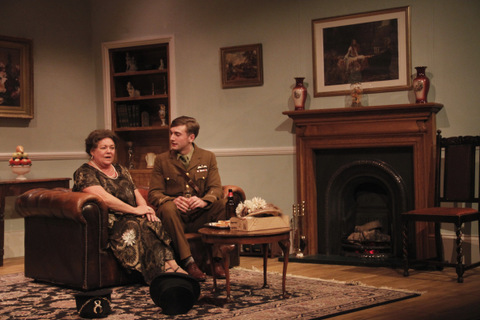 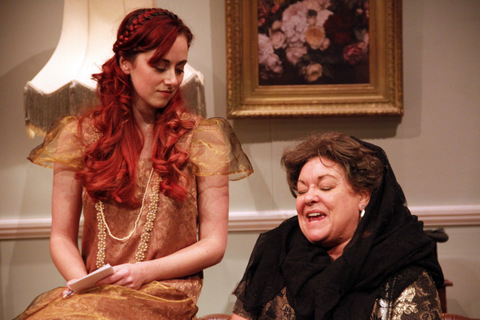 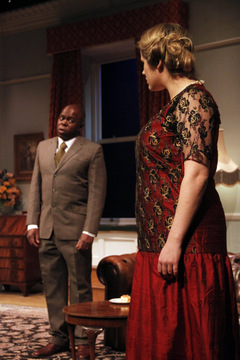 This much studied J B Priestley play, written in 1937, has certainly stood the test of time, bringing the thought-provoking premise we may, or may not, be in control of our own destinies.

Time hopping, either in reality or in the imagination of Kay Conway, Acts One and Three are set in 1919 and Act Two, nineteen years later. It is during the 1919 Acts that we see how the actions of Mrs Conway and her six grown up children heavily influence their later adult lives.

Julie Cumbo made her Mrs Conway initially the confident head of her household revealing her rather shallow nature in Act 11 as she, in turn, berated or praised different children for the lives they were leading.

It is Kay's 21st birthday and in a slow, rather wordy Act One, a game of charades is in progress which is used to introduce the family, to learn something of their hopes and aspirations and to meet other guests at the party who will influence their later lives. Pamela Cuthill gave Kay the determination to foresee a career as a writer whilst keeping her sufficiently ethereal to, maybe, see what the future held.

Older than her, Alan, whose lack of ambition is derided by the family, turns out to achieve a degree of happiness with Alfie Snow making him both affectionate, understanding and compassionate. Charlotte Leonard is the youngest, Carol, full of bounce and enthusiasm, unable to fulfil her promise "to live" when her death is revealed in Act Two.

Hazel is the beauty of the family with Chantelle Davison turning her realistically from an assured young lady into a scared and browbeaten wife. Madge, however, changes little from her youth to middle age. Frances Hawkins portrayed Madge's socialist leanings clearly, making the abrupt spinster school mistress Madge became, predictable. Robin is his mother's favourite - a young man fresh out of the RAF with Ryan Doherty capturing the spoilt boy personality which turns, years on, to dissolution.

Guests at that 21st birthday party included Joan Helford, Hazel's friend, who marries into the family. Hannah Millsted took Joan from a pliable young lady to an older ill-treated wife, trying hard to care for her children. Alan Greenwood as Gerald Thornton, the family solicitor, showed Gerald's vacillation as both a young man and an older one and Omena Edo-Ukeh as Ernest Beevers kept his initial contempt under control, later taking sweet revenge on the family as a rich, unfeeling bully.

The elegant set designed by Clive Penfold gave the Conways a comfortable living room in which to plan charades and to meet years later to air financial matters. Nigel and Avril Swift dressed the cast very appropriately for both 1919 and 1938 and the demanding and difficult production was directed by Helen Chisnall who, with her splendid cast, created an enigmatic whole, richly peopled by diverse characters,