The dressing room of a theatrical star is as full of conflicting emotions as there are on stage. And so it proves, in this delightful and light-hearted play, as the famous Lydia Martin sweeps in for the final performance of her long and glittering career. Around her are her dresser, her agent, her daughter, her ex husband, her new fiancé and the company manager, bringing with them a flurry of goodbyes, tears, insults, laughs, recriminations, kisses and regrets. On stage she takes her final bow to storms of applause before returning to the dressing room to make a final decision on her future. 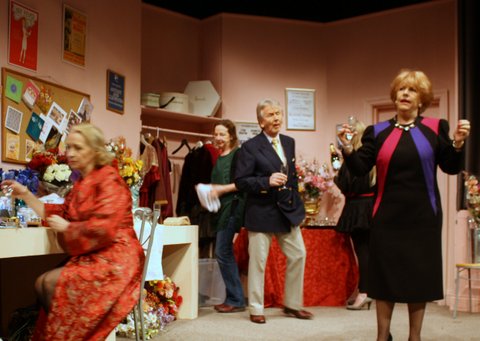 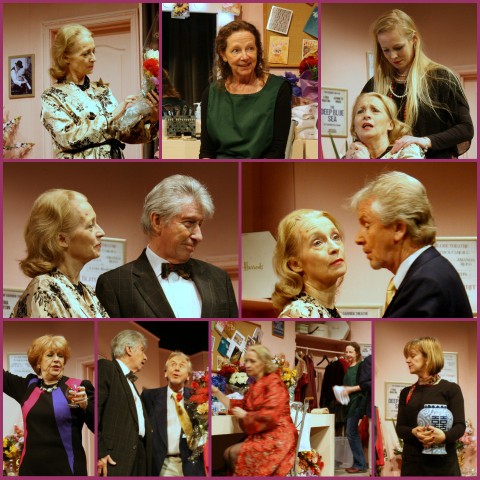 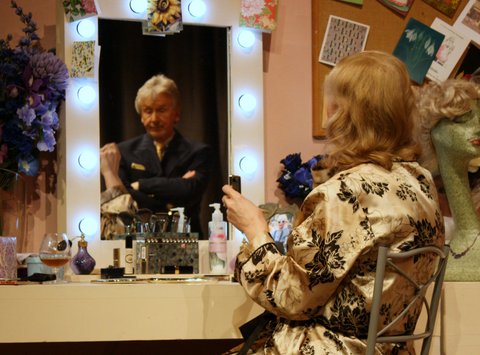 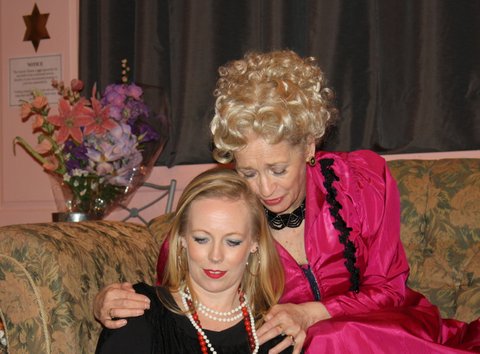 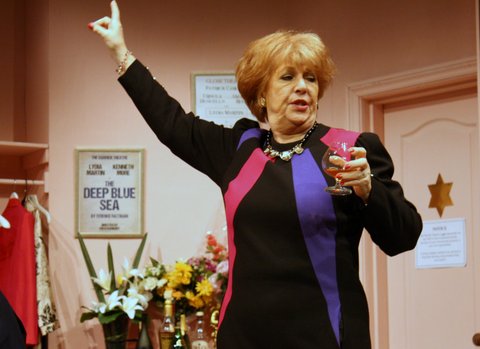 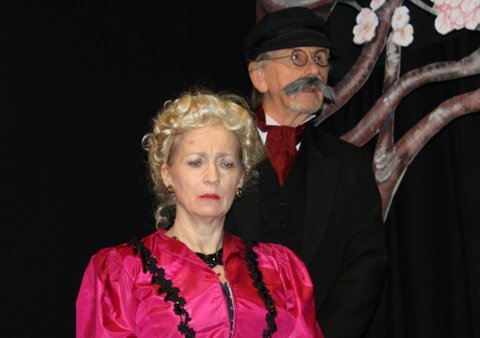 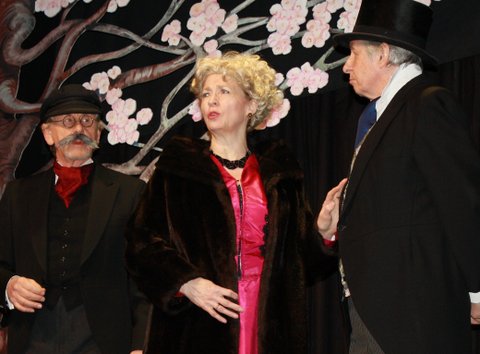 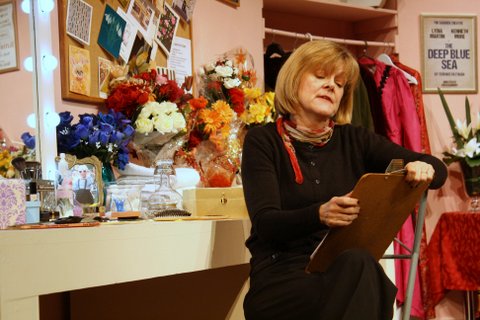 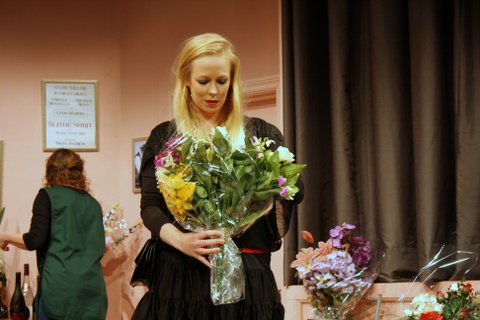 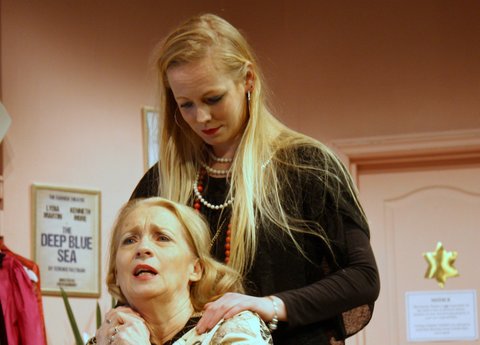 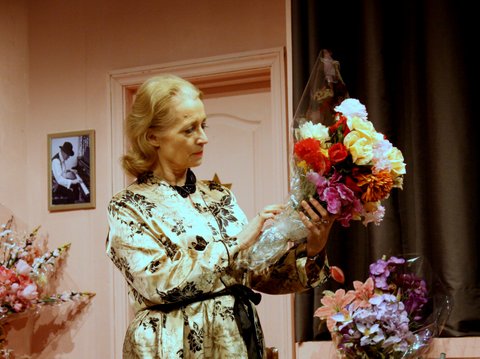 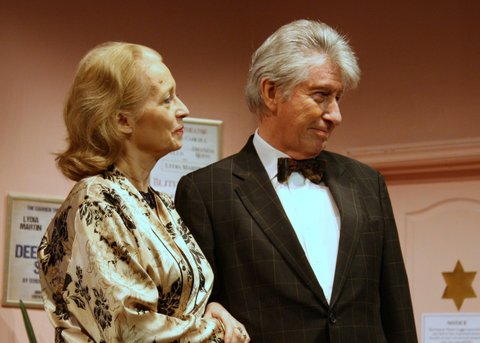 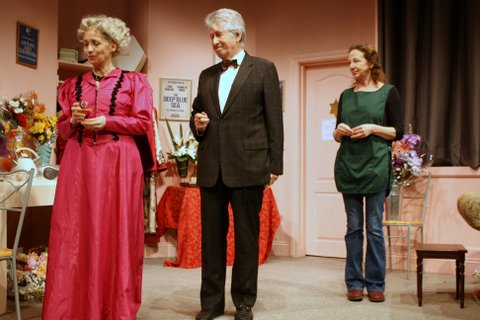 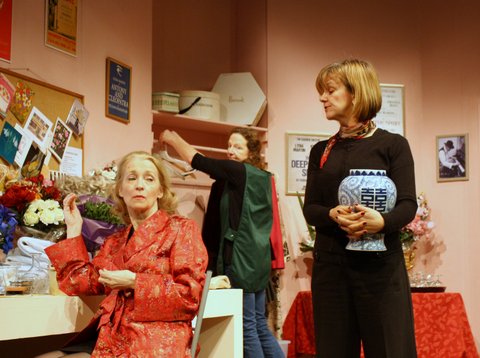 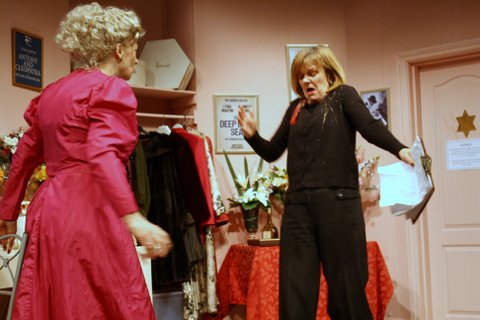 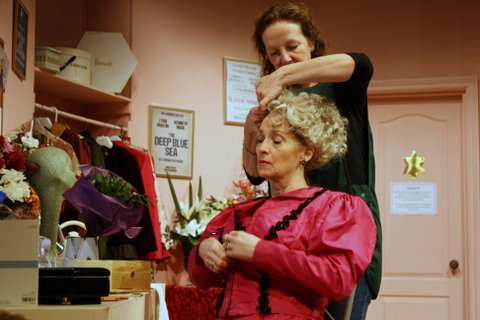 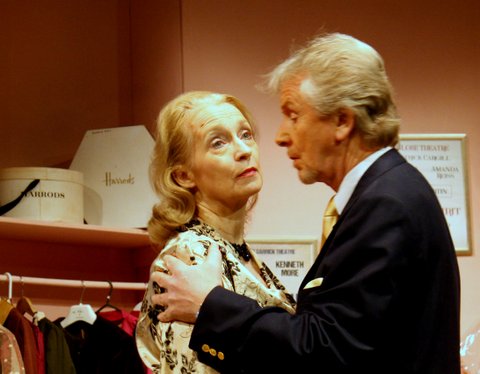 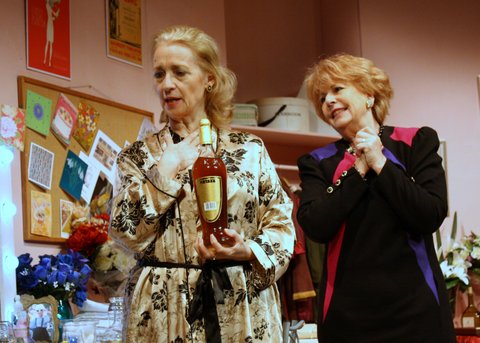 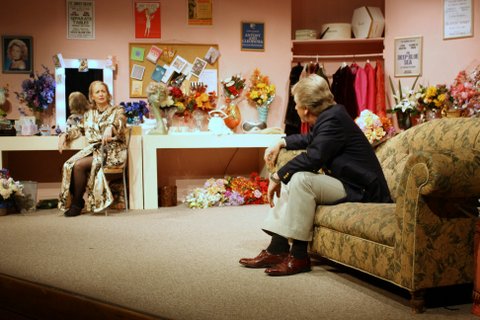 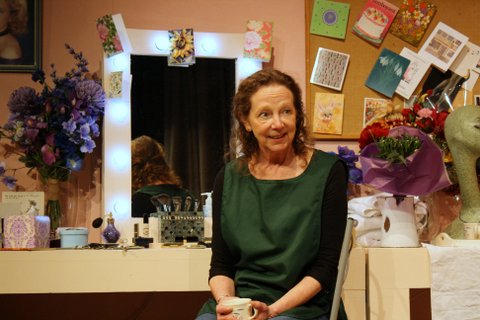 Aside from the excellent set itself, designed by Jenny Kingman, as the curtains swept aside it was the unbelievable number of bouquets spread around which, provided by Helena Shore’s décor, made such a huge impact. These flowers strewn over sofa, floor, dressing table and in vases were to note the final performance of the celebrated actress Lydia Martin. Were they appreciated? In the main – no, with Suzi Whittle in the role fluctuating between the acerbic, emotional, angry, concerned, amorous and finally, unsure. Delivering at least three quarters of the script’s lines was impressive in its own right but here we truly believed in Lydia’s stardom, her many loves, her love for her daughter and certainly the ability to get through three dressers in a week.

Katherine, however, is the dresser made of sterner stuff who has been with Lydia throughout the run of The Cherry Orchard – her swan song. Down to earth, efficient and dealing practically with all those flowers, Sally Bosman brought Katherine’s calm to a dressing room which, at times. was more like Piccadilly Circus, so many were the comings and goings.

Just making it up the flight of steep stairs to wish Lydia well, came elderly Charles, the fiancé ready to provide the calm after the acting storm with an agreed life together by the shores of Lake Geneva – all sparkling water, clean streets, fresh air and maybe boredom? Reg Anderson realistically huffed and puffed but showed Charles’s adoration for Lydia, willing to share all his wealth with her.

Rather like the wicked fairy in Sleeping Beauty, an unwelcome guest barged in. Paul is Lydia’s ex-husband and father of their daughter. Roguishly played by Chester Stern, Lydia is reminded by him of love-nest antics and, after giving an initial very cold shoulder, a spark is rekindled behind the sofa!

Given her parent’s characters, Lucy Auva as daughter Nicole is amazingly grounded and sensible. Affectionate to both her parents, in spite of their break-up, the characterisation was charming and believable, bringing moments of sanity into the dressing room’s whirlwind.

Determined not to be overawed by Lydia’s fame, the director’s assistant Margaret is vindictive and rather angry at her refusal to even read the Director’s Notes. Linda Harris, however, struck just the right note in the role, flouncing out and gleefully stealing memorabilia from the star.

Initially showering praise on her client, Harriet has been Lydia’s agent for many years and turns out to be the only star in her firmament. Victoria Watkins babbled an agent’s admiration but dissolved delightfully into a drunken self-centred frenzy bemoaning what would become of her once she could no longer collect Lydia’s ten percent.

Peter Whittle called upon his many years of experience as both actor and director to bring this theatrical tale to life, assisted by an exceptionally talented cast, each of whom should certainly be awarded at least one of those floral tributes at the end of the nine-day run.