Frank & Rosy is a funny, compassionate, intelligent and hugely enjoyable exploration of the state of male-female relationships at the beginning of the 21st Century. In the unlikely setting of a relationship in trouble, it unearths a rich vein of humour and insights that never fail to capture the hearts of audiences. Heart-warming and unexpectedly moving, this musical play captivates you with its sharp, wry depiction of the stresses and strains on a couple as they attempt to bring up children, hold down jobs and keep their romance alive. 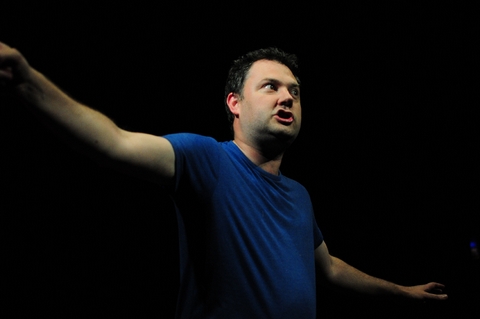 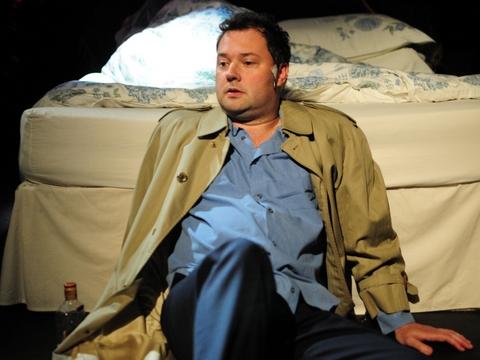 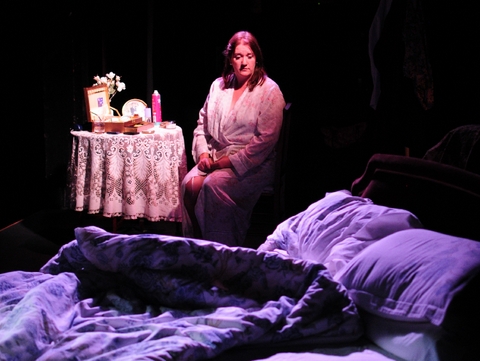 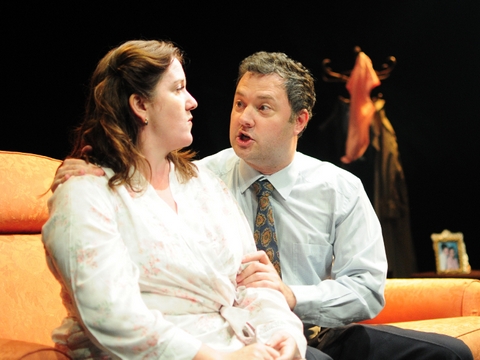 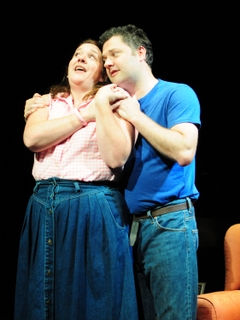 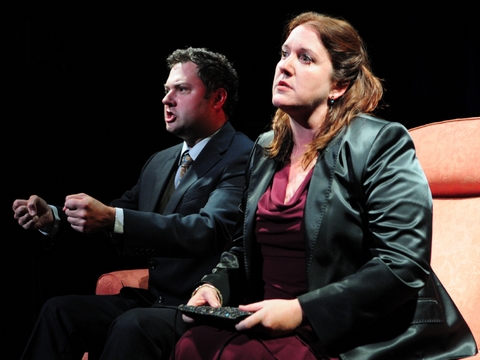 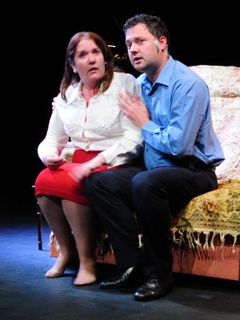 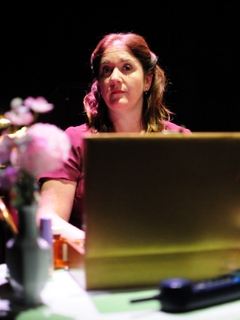 It’s a “bumpy road to love” wrote George and Ira Gershwin and this theme is certainly reflected in Andrew Bailey’s romantic musical comedy – albeit a comedy encompassing both poignancy and sadness.

This two-hander is excellently delivered by Katy Reid and Peter Culver, with Rob Randall executing his usual empathetic piano accompaniment at the on-stage piano.

Snapshots of their lives, both as a couple who are now a little staid in their marriage and as the young things first caught up in romance, the songs embody their feelings, their hopes and their original dreams – now faded with time.

The music is often testing in an offbeat Sondheim sort of way, but musical refrains emerge to provide musical smoothness. Both voices are equally  comfortable with  the words and the music so all the musical numbers are delivered with clarity and the clever and important sentiments can be heard and the story taken forward.

Through the songs, we learn of Frank’s dream of having his own motorbike and of Rosy’s dream of how her future ‘man’ might be. The Diary Song has much familiarity to couples who both lead busy lives with hardly any space within the week for anything else but work, work problems, child care and housekeeping.

Certain scenes are highly comic like Frank, his shirt off, gazing at his no longer slim body, his mirror antics in the bathroom battling with nose hair and a fearful glance at his possibly receding hairline. For Rosy, her memories of their meeting are strong, right down to the clothes she wore, and Don’t Even Know Your Name encompasses the shy origins and anticipations of first attraction.

A trawl through their married life allows for vocal expressions of maybe’s and if only, but culminates with them both growing old – a slow dance or shuffle round before Rosy is left without Frank, singing the saddest song of all ‘Til the Morning Comes.

Both Katy Reid and Peter Culver have a history of acting and singing roles behind them, but fused triumphantly together in both the huge amount of learning required and their ability to create two such very believable characters.

Costumes by Sue Kennard were changed on stage which enhanced both the show’s pace and the alteration of time. The deceivingly simple set was designed by Mike Millsted, using the revolve to turn sofa to bedroom and back, and it was Mike Millsted who also directed, helping the cast to present scenes and sentiment which will, no doubt, be familiar to many married couples, thus adding to the charm of the production.