June 1944. Everything is in place for the biggest invasion ever known in Europe – D-Day. But one last crucial factor remains: the weather. American celebrity weatherman Colonel Krick predicts sunshine, while Scotsman Dr James Stagg, Chief Meteorological Officer for the Allied Forces, forecasts a storm. General Eisenhower, Allied Supreme Commander, knows the decision will not only seal the fates of thousands of men, but could win or lose the entire war: so which of these rival experts should he trust? 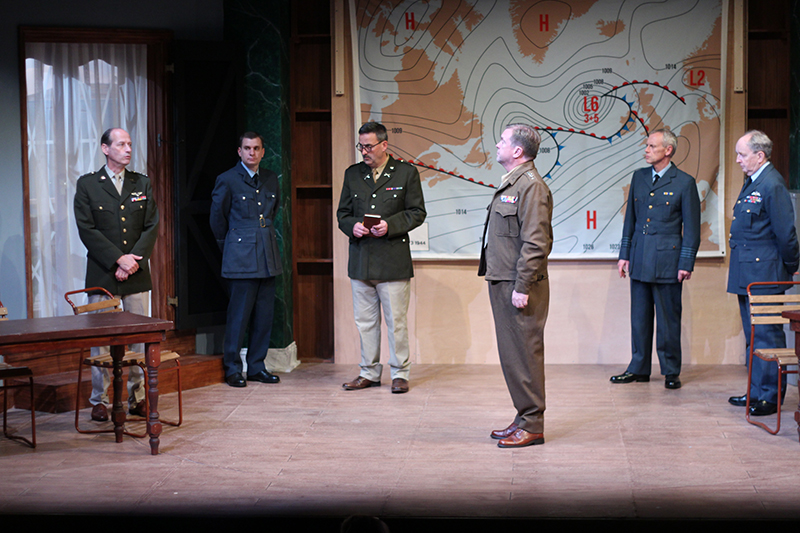 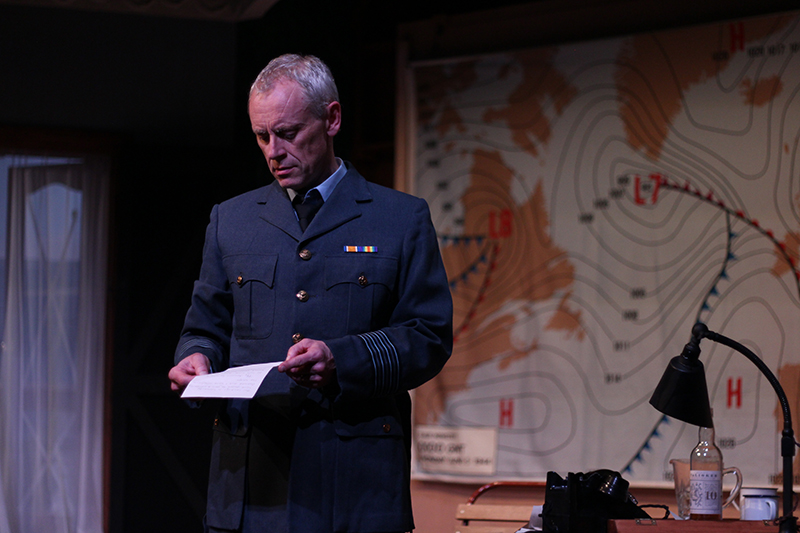 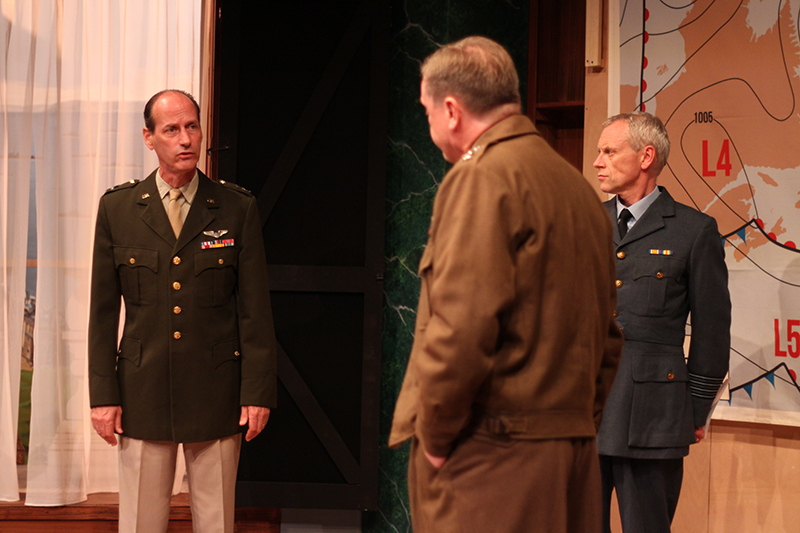 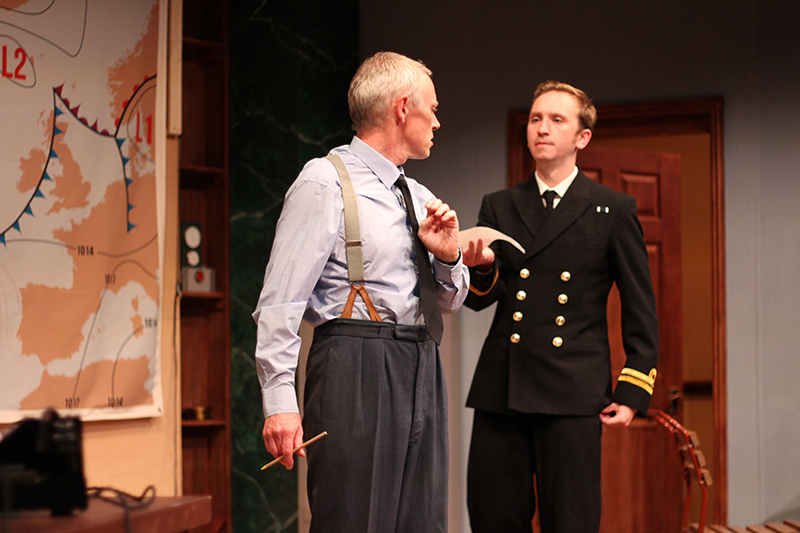 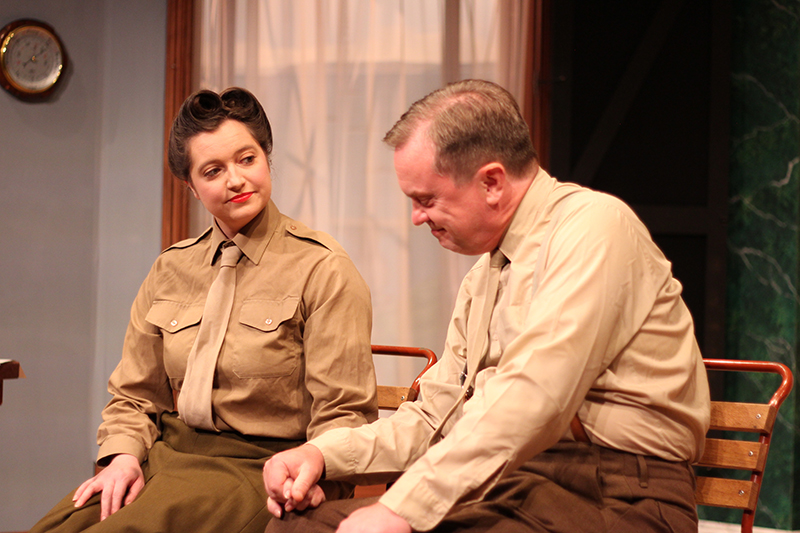 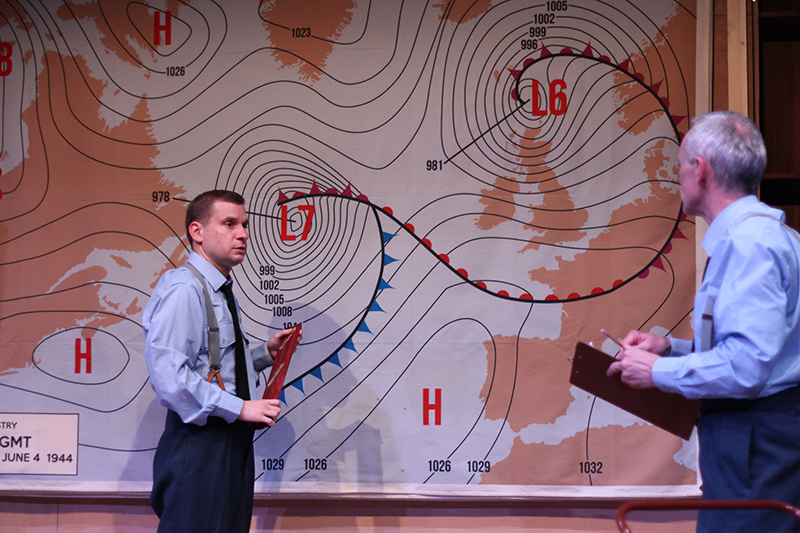 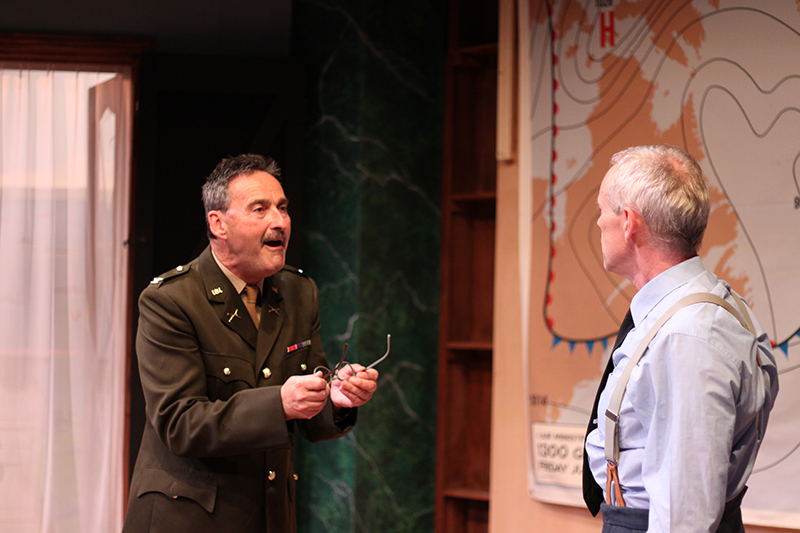 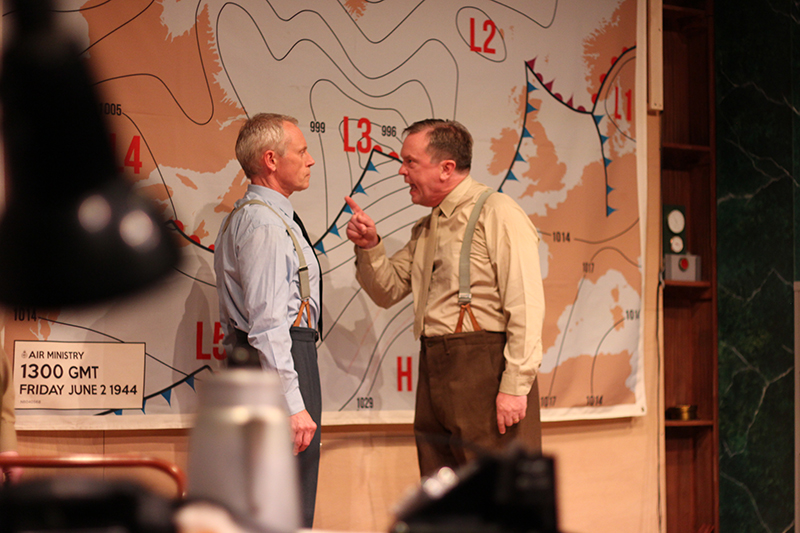 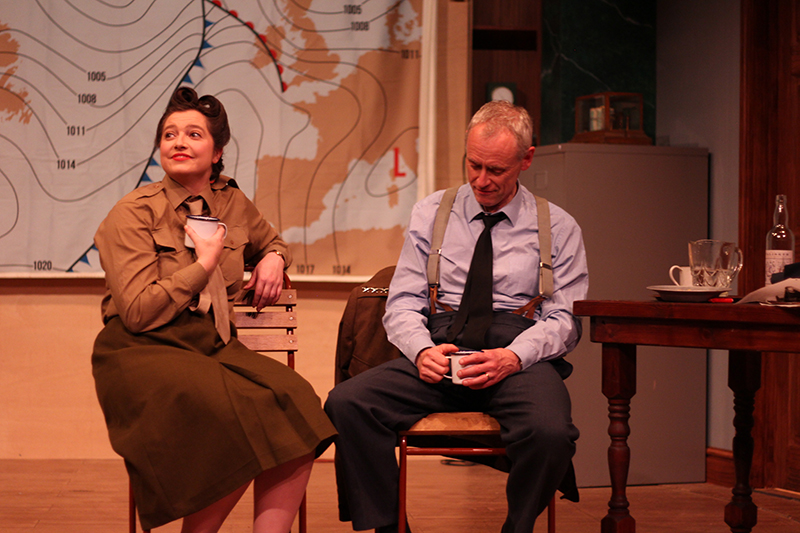 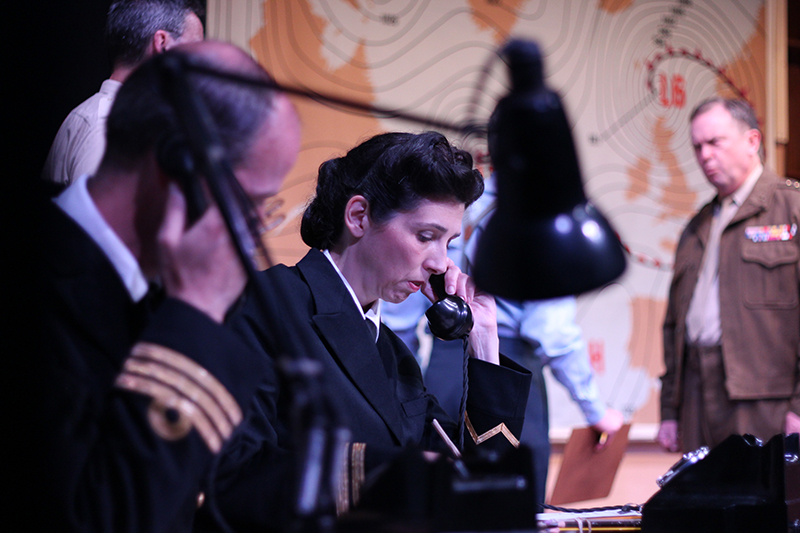 Meteorologists can most certainly get their forecast wrong – remember Michael Fish and his comments that there was no storm on the horizon on 25th October 1987. On that occasion 18 people died and winds reached up to 115mph. Imagine then the literal pressure on the meteorologists tasked with predicting the weather for the D-Day landings on the chosen date of 5th June 1944. Thousands and thousands of men’s lives were dependent on as safe an arrival on French shores as possible. The date was chosen as it was judged to be a good date for calm seas, a full moon and low water at first light.

David Haig’s beautifully written play presents the tussle between British meteorologist Group Captain James Stagg and his American counterpart Colonel Irving P. Krick., each with a diverse scenario for the day and each delivering their very different findings to General Dwight D. Eisenhower who had the ultimate decision to activate the troops, following very lengthy plans.

Michael Cooke’s Stagg was purposeful and dogged from the start, rising in determination as the weather reports monitored changed to wind and rough seas for that day. He calmly repeated, out loud, the numerous rising changes telephoned in to the operations room, and how he managed to remember all the different ones was a feat in its own right. Showing the strain of not only Stagg’s efforts to make Eisenhower aware of the possible bad weather but also his own concern for his wife, in labour with a history of difficult delivery, this characterisation set the bar high.

Using a rather different methodology and a certain amount of bombast, Keith Robertshaw as Krick relied more on historical records of the weather on that day and determined that the 5th June was set fair. His laid-back American approach, together with a sustained accent, enhanced the probability of winning Eisenhower to his prediction.

Dwight initially gave Stagg’s thinking little or no credit, preferring to keep the hard-won plans as they were. And it was June after all – who thinks June will brew up a storm? Chris Hannigan’s portrayal here covered the gamut of anger, frustration, army strictness and a softer side shown in his affection for Kay Sommersby, his allocated driver and, as she put it, general dogsbody. The invisible tug-of-war created by the vastly different forecasts showed in Dwight’s exhaustion and his huge concern for the men he was sending on to the beaches.  A very touching performance.

As this is a true story, Kay Summersby is also a real person who held Eisenhower in great affection. Penny Parker brought out Summersby’s practicality but this was overridden in the play by her caring approach, not only to Eisenhower but to Stagg too when he was visibly at a low ebb. She brought a calming aura to the stage.

Apart from John Lacy’s delightfully cheeky telephone engineer, the personnel making up the rest of the cast performed their roles in excellent military fashion Robin Clark’s Flight Lieutenant Andrew Carter helped man the phones and was uncomfortably put on the spot when asked what he thought about Stagg’s rising revelations; Matthew Stone as a Naval Meteorologist delivered new reports which he obviously understood, each adding to Stagg’s rising concern. In smaller roles, John Lacy doubled as Air Chief Marshal Trafford Leigh-Mallory; Simon Brodrick-Ward as Admiral Bertram Ramsay; Mike Milstead doubled as General “Tooey” Spaatz and Commander Franklin; Natalie Jones as both a secretary and Lieutenant Bettersby and Nigel Kemp as Captain Johns who, having blundered in on what he considered an intimate scene, tiptoed out then wrapped loudly on the door to wake the room’s inmates.

The set, designed by Tony Dent, centred obviously on the huge charts which, for those with the knowledge, slowly told the story of the changing weather pattern. Each new chart was hoisted onto its moorings, overshadowing all else. Simple furniture held the required telephones, French Windows, complete with criss-crossed safety tapes and a covering blackout door led to the outside where their billowing net curtains added to the soundscape of the storm that most certainly broke.

Very cleverly, the audience was informed of each approaching date as D-Day drew nearer by an old-fashion Remington typewriter sound and imposing the visual words being typed clearly on the dimmed chart.

Costumes, by Margaret Hey and Berry Butler, were immaculately reproduced in military style, making the curtain call smartly impressive. The hairstyles for both Summersby and Battersby were notably accurate and the use of Glenn Miller’s In The Mood set exactly the right tone.

The play was originally in rehearsal when lockdown was called in March 2020 and to have eventually been able to present it on stage shows Director Chris Hearn’s commendable skills and determination, aided and abetted by his stellar cast. It had lost none of its rising anxiety levels and was performed to the highest of theatrical standards.